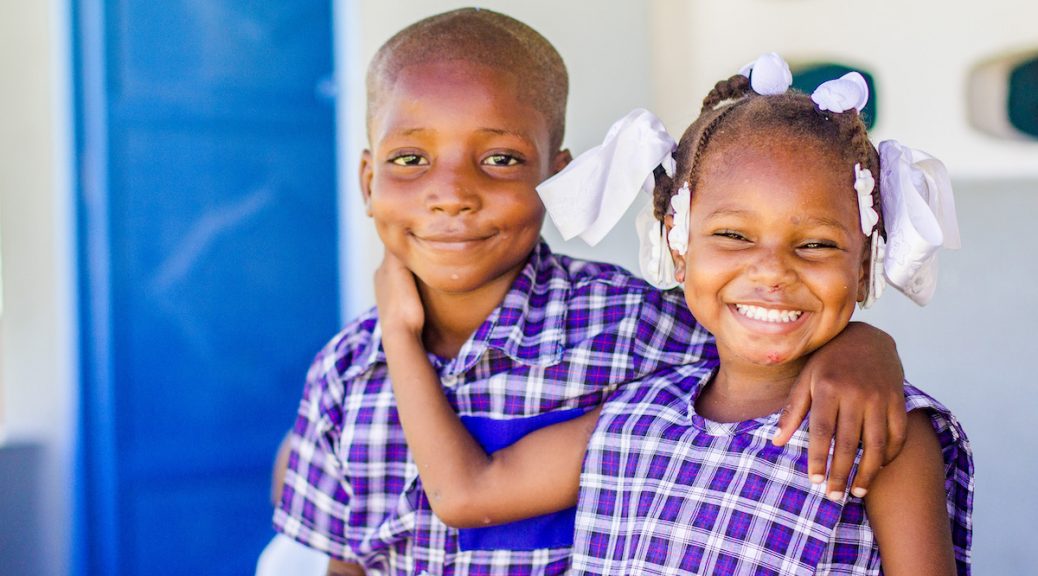 His name was Emmanuel.

Fifteen years ago, he was living at a homeless shelter in Cabaret, Haiti, unable to walk, abandoned by family, and without hope in this world.

As the outreach team from a new ministry called JiHM began visiting this shelter—known as “Grace House”—to feed and teach people of all ages, Emmanuel heard the gospel.

He fell in love with Jesus, “God with us.” His namesake.

One day he told Roger and the other young men from JiHM that he wanted to know more. They prayed with him, and Emmanuel became a follower of Christ.

A few months later, as he participated in a Bible study, Emmanuel began to feel that if everyone prayed, God would make him walk again.

But nothing happened. Emmanuel wasn’t healed.

“He said confidently, ‘I know if God wanted me to walk, I would have walked today.’ It just wasn’t His will,” Roger said. “Then Emmanuel thanked us for praying for him.”

Emmanuel passed away a few months later, having never been physically healed—yet fully confident that he would walk with his Savior for all of eternity.

He knew God had healed him completely on the day He saved him.

A Legacy of Faith

Shortly after Emmanuel’s death, as JiHM’s outreach team brainstormed and prayed about different ways to have a lasting impact on the handful of kids living at Grace House, the idea of providing a free education began to take root.

With help from supporters in the states who quickly responded to the need, JiHM hired one teacher. Grace Emmanuel School was born.

“Because of Emmanuel’s faith, we decided to name this school after him,” said Roger.

A couple of months later, a second teacher was brought on so the kids could be split into two classes according to their widely varied abilities. Soon JiHM rented a building with three rooms and, over the next several years, began admitting other kids from the area who also had no other opportunity for education.

As Roger reflects on the last 15 years, he marvels at how God works behind the scenes.

“God is always at work,” he said. “The school has come so far from where it used to be. Our school is now considered to be one of the best in the Cabaret region, and it’s all by God’s hand. It’s the only school that because of sponsorships, our kids don’t really pay anything. They receive free meals. We provide opportunities to treat medical problems, and assistance if they need to go to the hospital. It’s not easy to find a school like this.

As we reflect on Emmanuel’s faith and the 15-year history of Grace Emmanuel School this month, it gives us renewed strength to hold fast to hope despite the darkness of the current situation in Haiti.

We know if we could only see with our eyes the way God is working behind the scenes right now in Haiti, we would not lose heart.

Yet in this life God asks us to walk by faith, trusting in His goodness whether we see His promises beginning to come to fruition—as we see in the growth of Grace Emmanuel School—or whether we wait, like Emmanuel, to see them fully realized in the city He is preparing for us.

Perhaps no one displays this faith better for us than Abraham, who believed in the promise of God to make him a “father of multitudes” when all the evidence—his age, Sarah’s barren womb—gave him logical reasons to doubt.

As Paul writes of Abraham in Romans 4, “In hope he believed against hope, that he should become the father of many nations, as he had been told, ‘So shall your offspring be.’ He did not weaken in faith when he considered his own body, which was as good as dead (since he was about a hundred years old), or when he considered the barrenness of Sarah’s womb. No unbelief made him waver concerning the promise of God, but he grew strong in his faith as he gave glory to God, fully convinced that God was able to do what he had promised.”

May we in every situation of our life, in every sadness of this world, be fully convinced that God is able to do what He has promised, and trust that He is actively at work to bring that to fruition.

May we hold fast to hope when everything seems hopeless. God is on the move, and the grace of God is with us. Grace Emmanuel.