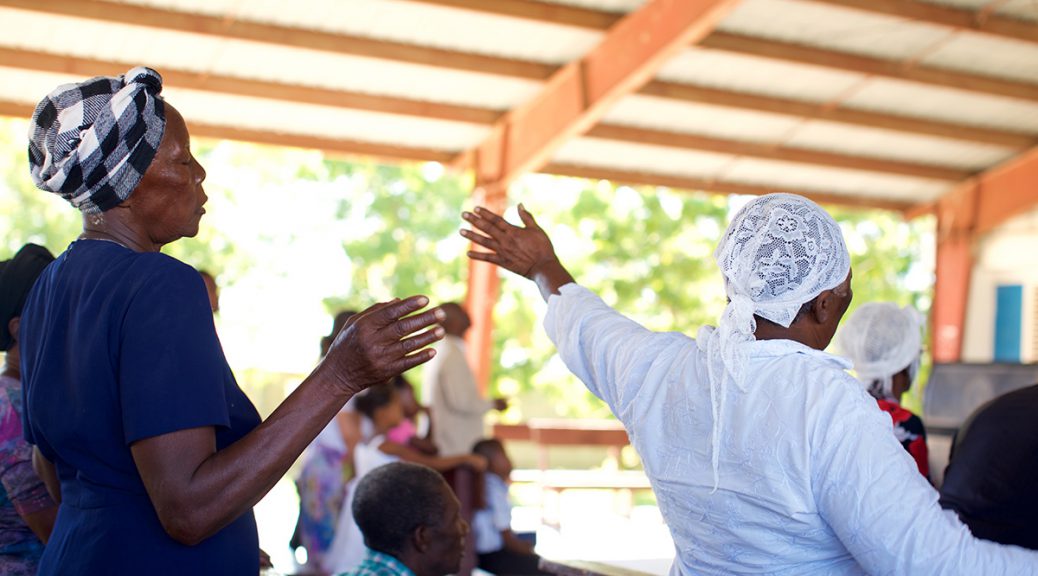 Victory Bible Church—which celebrated its 15th anniversary this past Sunday—began as a simple kids’ club.

In 2004, a group of young people coming out of Mission of Hope’s youth group decided to create their own program for kids. They hoped to make the gospel more available for children in their village, Source Matelas.

But it wasn’t just children who were hungry for the good news—youth and adults began showing up to the clubs, and soon the group was meeting on Saturday evenings for a regular worship service.

For the first several years, the church did not have a space to call its own. Worship services were held in borrowed space in Cabaret or Source Matelas. In 2010, JiHM was able to acquire its own land and construct a building for VBC that was completed in 2011.

The church lacked a sworn pastor for a decade, and struggled to keep a faithful core of members. Though attendance rose to nearly 1000 after the earthquake, the church still lacked a committed membership base.

“After the earthquake, church goers no longer focused on the gospel, but it was more a matter of humanitarian aid,” said Pastor Dieuvert, who started attending VBC at that time. “There was a lot of disorder.”

After finishing his theological studies in 2015, Pastor Dieuvert has worked to help the church build the capacity of its members and leadership.

Drawing from Acts 2, he began to define a general vision for VBC to promote the spiritual health of members. From this vision came four main core values that shape the church today:

Hope for the future

To celebrate VBC’s 15th anniversary, the church held a special afternoon service last Sunday. Pastor Cody Cannon, visiting from Life Pointe Church in Woodland, CA, gave an exhortation to the church, some of the pastors reflected on VBC’s history, and Roger Carole, JiHM’s director of operations, led a Q&A with the pastors to discuss the future of VBC.

The pastors shared that they plan to train more leaders in evangelism, strengthen the educational and social aspect of the church, and make more impact in the community. They also dream of planting churches all across Haiti.

Pastor Derson Louis, who graduated from seminary the day before the celebration, was able to take part in the discussion. We look forward to him being back full time at Victory Bible Church this fall and are excited for the future of the church!