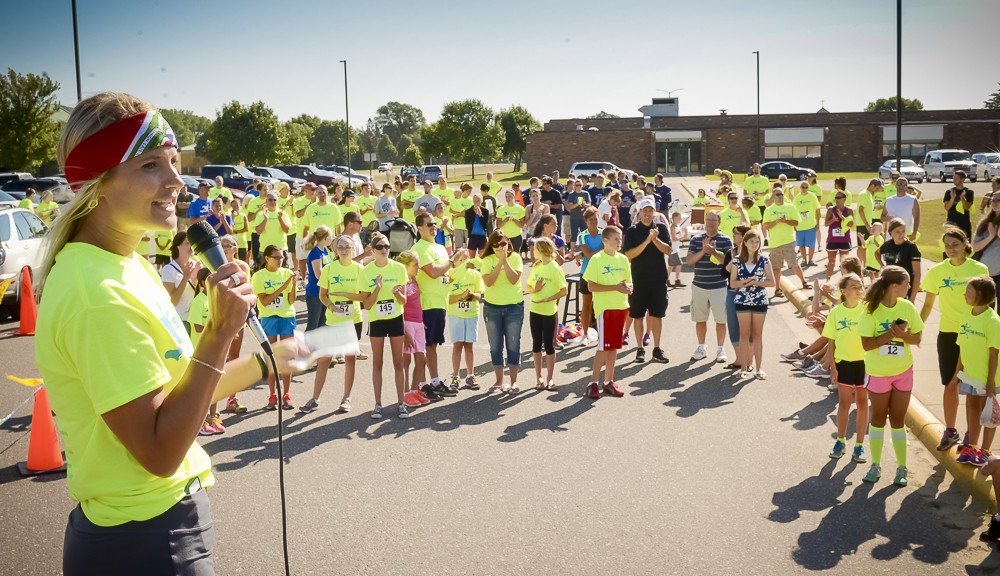 My first trip to Haiti was in 2010, three weeks after the earthquake. First disclaimer: I didn’t want to go.

God had been working in my heart, making me aware of my neglect for the “least of these.” He was working through His Word, various books, and conversations. Up to this point, I had been very content letting others be missionaries and care for the poor. But I was learning this was not what God required of me. Who was I giving something to drink, or clothing, or visiting in prison or caring for, as Jesus talks about in Matthew 25? No one. Ashamedly, it wasn’t even on my radar.

So reluctantly, I said I would go.

I had no idea God was going to open my eyes and cause me to fall in love with a group of people I barely knew. That week in February 2010 was a gift God gave me—to enable me to better reflect Him in his concern for the downtrodden, and to bless me to take part in something He is doing.

I returned several times and my heart very much remained in Haiti long after I returned home after each trip. What could I do? After much prayer, I knew I was not being calling into full-time missions. What was God calling me to do if I wasn’t called to be there full-time? Enter the Haitian Hustle 5K.

My second disclaimer: I am afraid. I am not courageous. I am not creative. There is not a bone in my body that likes to raise funds. But two things I do like: running and being a part of what God is doing. So, with much trepidation, the idea of a Haitian Hustle 5K began to take shape.

Four years and about $40,000 later, the Haitian Hustle has become an annual tradition in our town, as well as others. It’s been run across the country, from California to Michigan to New York City. It has been run in Haiti simultaneously and has raised enough money to send the Lighthouse kids and the Beacon boys to school for the last four years.

Third disclaimer: I am nothing without the power of Christ in me. This race has nothing to do with me. It has everything to do with having my heart and eyes opened to something God is doing, and trusting that He will be faithful to do through me what I could never do on my own—for His glory.

Maybe you have gone to Haiti and fallen in love with the kids at the Lighthouse, the boys at the Beacon, or the students at Grace Emmanuel School. Maybe you have felt the pull to do something more, to feed the hungry, clothe the naked, and care for the least of these. Maybe you too feel inadequate, yet called; afraid, yet emboldened.

We’d love to have you join us in expanding the Haitian Hustle by hosting a race in your own town. I will be hosting the 5th annual Haitian Hustle in Becker, MN on August 15this year. 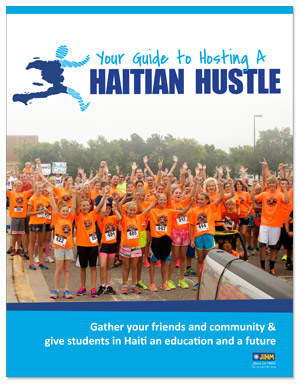 JiHM is expanding the Haitian Hustle this year—and there are 3 ways you can get involved, no matter where you live:

RUN OR WALK in the Haitian Hustle

If you don’t live in Minnesota, we still want you to Hustle with us on August 15! Starting in June, you’ll be able to register on JiHM’s website. We will mail you a T-shirt in early August so you can run wherever you are and be an advocate. If you live near Austin, MN, their Hustle is set for Saturday, June 27.

The young men who live at the Beacon will be running their own Haitian Hustle 5K race in Haiti on August 15, and the kids at the Lighthouse will be running kid’s races that same day. We will share details this summer on how you can support these runners.