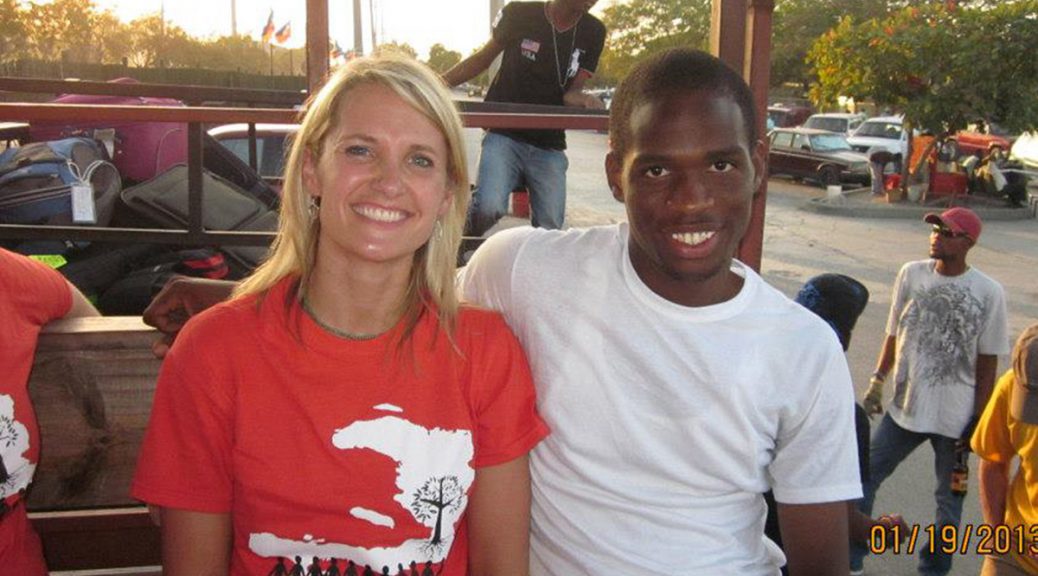 When Dawn Bengtson signed up for the missions trip her pastor was leading to Haiti in January 2010, she did so out of obedience to God, rather than a desire to actually be on the trip.

“I had been reading books and studying passages like Matthew 25 and Isaiah 58, and felt that if I was serious about my faith in God, I needed to care about those who were suffering,” Dawn says.

Her team had originally been scheduled to arrive shortly after the earthquake. The devastation brought about a change in plans, but a few weeks later, Dawn arrived in Haiti, where God quickly “blew up” her heart for the people she met. She never anticipated the deep and lasting friendships that awaited her in Haiti, right from the start.

CLICK TO WATCH: The friendship that fuels the Haitian Hustle

“We had arrived in Haiti late in the evening, and when we got to the house where we were staying, I remember Derson was sitting in the yard with a group of guys. He had such a welcoming spirit about him, and was just trying to include us and make us feel welcome.”

She would find out later that week that Derson had lost both his parents at a young age, and had been raised by his grandma until his teenage years, when he moved into JiHM’s home.

Throughout that week and on subsequent trips, Derson would translate for Dawn as she led women’s Bible studies. He would also accompany her on her afternoon runs as a safety precaution—despite his lack of affection for running. Through these hours spent together, a friendship grew that was rooted in a common passion for the Word of God.

After she returned home from her first trip, Dawn was challenged to find a way to participate in meeting the needs of the children and young adults like Derson she had met living at JiHM’s house. When she couldn’t shake off the idea of hosting a 5K to raise funds for their education, Dawn gathered the help of friends from church and the Haitian Hustle was born in 2011.

“This race has nothing to do with me. It has everything to do with having my heart and eyes opened to something God is doing, and trusting that He will be faithful to do through me what I could never do on my own—for His glory.”

Over the last six years, the funds raised at Dawn’s local Haitian Hustle in Becker, MN, as well as in Austin, MN, and around the country, have provided nearly $100,000 that has helped provide a home, as well as an elementary, high school and college education, to over 20 students.

Derson has been one of the students to benefit from the Haitian Hustle each year, completing high school in 2015 and then starting seminary to achieve his dream of becoming a pastor at Victory Bible Church, serving the village where he was born.

“Derson loves Jesus so much and is solely focused on honoring God, and teaching his community to love Jesus,” Dawn says. “To get to be a small part of what God is doing through my friend is a huge privilege.”