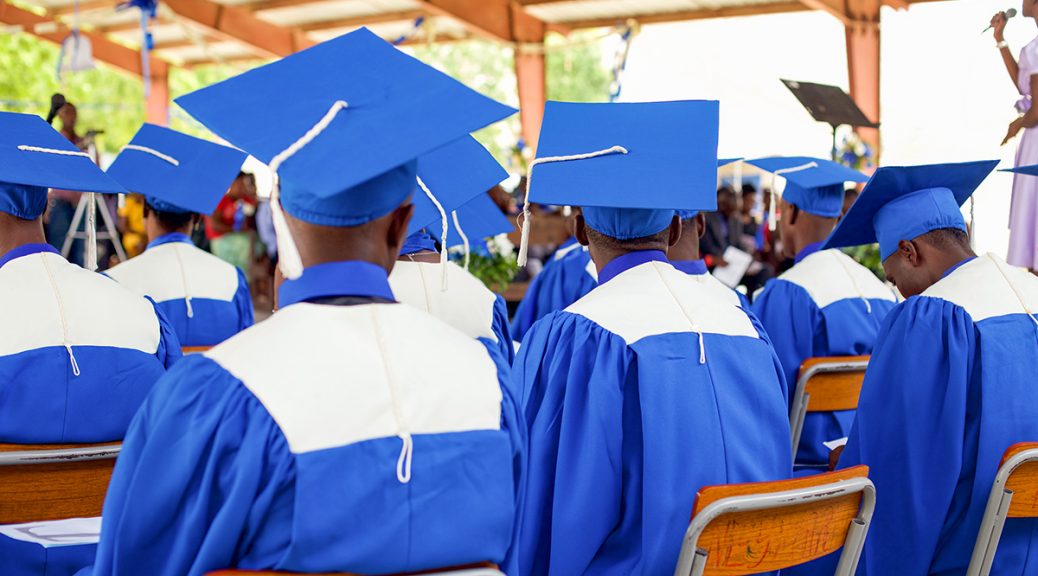 The 2019-2020 school year will go down as the most troubled in Haiti’s history, encompassing 3 months of political instability that locked the country from late September through November, and 4 months of confinement due to COVID-19 from mid-March to mid-July.

None have felt the frustration more keenly than the 18 students who comprise Grace Emmanuel School’s Class of 2020, the class that should have celebrated its graduation at the beginning of this month.

These 9 young men and 9 young women faced enormous challenges to stay motivated as their finish line continued to move further and further away. During the confinement, many reported a lack of interest in studying. They said they struggled to focus on what they needed to read, and if they did read, they had trouble retaining anything.

As the seniors have returned to school for a “soft” reopening over the last two weeks, the teachers have noticed this despondency. “The students are absent in spirit,” one teacher remarked, noting they are also struggling to remember most of the things they had been taught this year.

Ready or not, these students will still be heading to take their government exams in October. So how will the Class of 2020 try to come back strong for their final sprint to the finish line?

Some seniors say they are motivated to try to salvage one thing good from a year that has felt like a total waste from the beginning. Smeralda shared that succeeding this year would be the most positive thing that could happen this year. “Getting my diploma is the best memory I can have of 2020,” she said.

Succeeding out of gratitude

Others feel indebted to their sponsors, who have continued to ensure their tuition no matter how many crises the country has experienced. These students, like Sadgie, view their success as the best way they can thank their sponsor and are working toward that goal.

Not going to fail now

Others find their motivation by clinging to their dreams, like Nadine. She says she hasn’t failed a grade in her whole life. “It’s not in the last stretch that I’m going to fail,” she declared.

All of the students agree that they have each taken such a long journey to make it to this point, they aren’t giving up now. Together they have chosen several practical steps they will take to prepare over the next few months. These include throwing off the hindrance of social media and working together.

Students have formed review groups of 5-8 peers from their school or different schools. The goal is for the students who excel in certain subjects to share knowledge with students who are weaker in those areas, so they can mutually strengthen each other. There is a strong movement of solidarity in these groups.

Staying off of social media

The students know that social media can be distracting, especially when they have a major goal to achieve. Many have opted for better management of their daily use of social networks during the remaining months before the government exam. They will keep their WhatsApp group as a way to hold each other accountable for their success.

We remain confident that God has a special purpose for these 18 students. Would you commit to keeping the Class of 2020 in your prayers over these next few months?