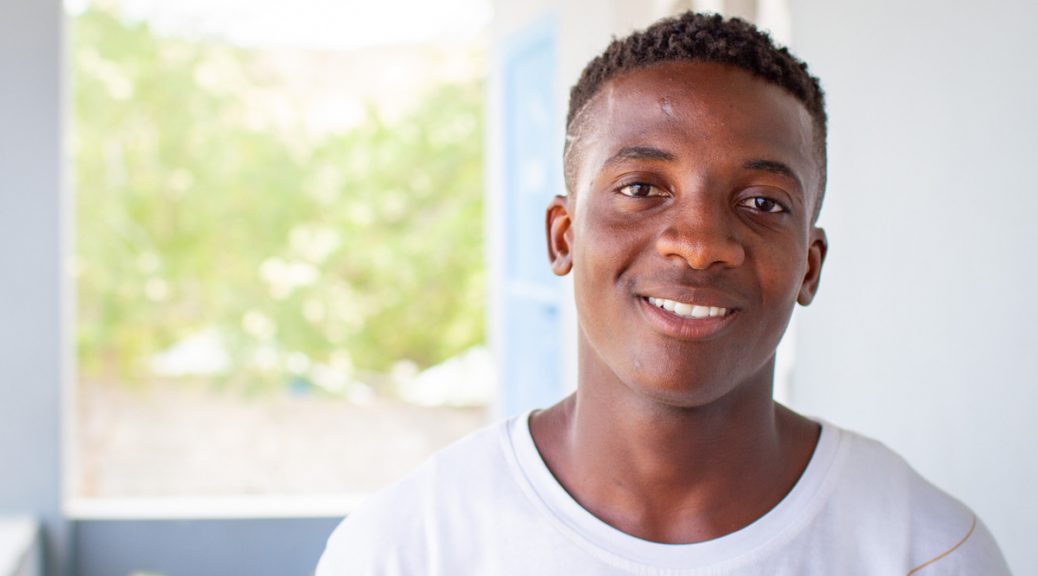 Among the students who have attended Grace Emmanuel School longest is a soft-spoken 11th grader named Kingkino.

Kino recalls three things most vividly about the early years: his teachers, especially Ruth (who is now the director of kindergarten at GES); his photo memory books; and his kindergarten graduation. This was a significant event in his life, occurring in the same year that his father passed away.

Help for the whole family

Kino says the school means a lot to him, calling it a grace of God to have access to a good, free education.

“This is the best way to help a community,” he said. “It is a help for my mother. She would not have the means to send Siara and me to a good school otherwise.”

Kino is also thankful for the location of the school, being only a couple of miles from his house, as well as the clean and well-built classrooms.

But just like in his earliest memories, it’s the people who make Grace Emmanuel School special to him, both his friends and the teachers.

“The teachers are very good and interesting,” he says. “They are welcoming, and always well-spoken.”

The teacher who has made the biggest impression on him is his English teacher, because in addition to the love of the language he instilled in him, he gives Kino valuable life advice.

Now 18 years old, Kingkino has two more years left before he graduates. His teachers describe him as a “wise & good student” who lives with a sense of responsibility.

He hopes to study to become a chemist after he graduates, and would benefit greatly from the addition of a chemistry lab at school.

When asked to dream about the future of Grace Emmanuel School, he said he would like to see more development of the schoolyard.

Kino feels a great sense of gratitude to all the donors who have made this school what it is today, who he says are making a great contribution to the future of many children.

“Especially for my sponsor,” he said. “I pray that God blesses him because he chooses to support me. I promise that what he is doing for me, I will do someday for another child.”