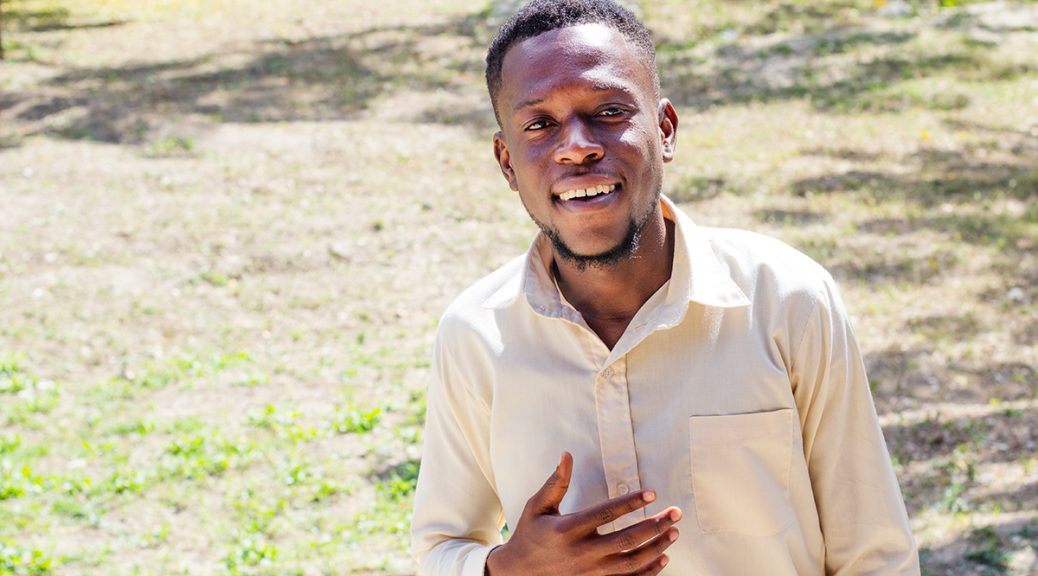 The average Haitian, age 25 years or older, has less than 5 years of schooling (USAID, 2017). Fednor Excellent, who will graduate from Grace Emmanuel School at the end of this month at age 25, is raising that average.

Fednor grew up in northern Haiti (where his twin sister, Fedlene, still lives). As the second of six kids in his family, he had few opportunities to attend school—a situation which faces the overwhelming majority of children in Haiti. But when Fednor was 15, his mom’s brother living closer to Port-au-Prince offered to host him so he could continue his education. He has lived with this uncle for the last 10 years.

When an opportunity opened up at Grace Emmanuel School in 2013, Fednor was quick to enroll. His positive attitude soon earned him the respect of everyone at school. His friends describe him as “a good man, both at school and at home.” His teachers praise his excellent behavior in class.

Fednor grew up in a Christian home and has been following Jesus for as long as he can remember.

“God always keeps me in health,” Fednor says. “He gives me daily bread, an opportunity to work, strength to worship Him, and to love others.”

One specific way Fednor saw the hand of God move in his life was on the day of the earthquake in January of 2010. He was studying on the roof of his uncle’s house, and was sitting in a position where he could have fallen. Instead, he says, “God held me so I didn’t fall. I got down and prayed to God. I told him thanks because He is God, He has all power.”

As a child, Fednor loved English and prayed for more opportunities to learn the language. God has used his last five years at Grace Emmanuel School to answer this prayer—Fednor is often first to connect with frequent visitors from the U.S. to practice his English skills. He is easily the best English speaker among the student body.

Though he will finish his “classical” education this month, Fednor has many different aspirations for his future, including becoming a lawyer to defend people facing difficulties. He is praying God will give him an opportunity to further his studies.