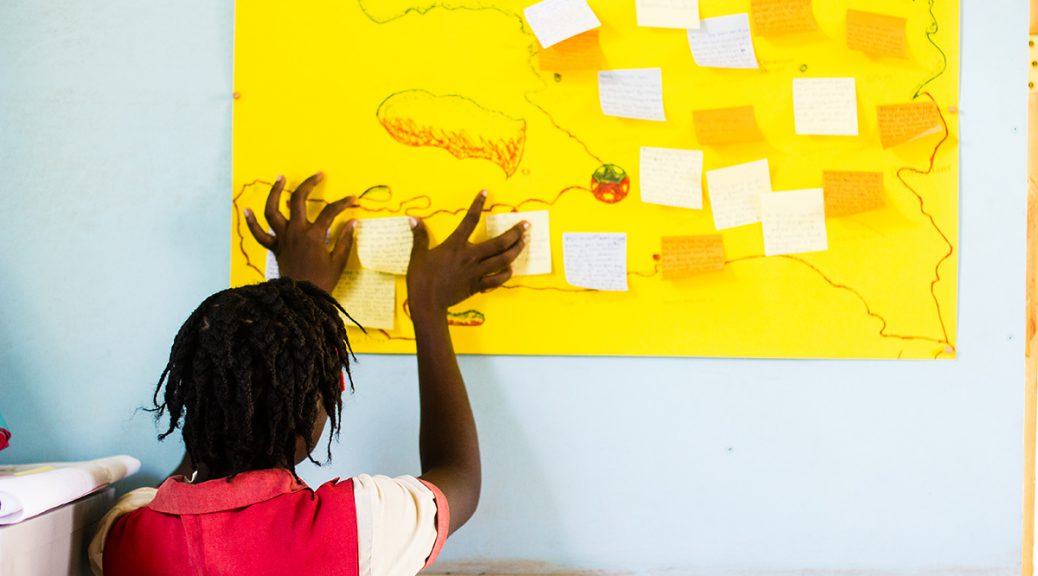 Haiti has experienced a lot of tension in recent months, beginning with two weeks in February when everything in the country, including the school, closed because of widespread protesting and unsafe conditions for travel. Since then, the U.S. State Department has kept Haiti on its highest alert travel advisory, warning U.S. citizens not to travel to Haiti “due to crime, civil unrest, and kidnapping.”

Most days since then have seemed calm, yet we know that at any time, more unrest may surface as living conditions continue to worsen and solutions from Haiti’s government are not forthcoming.

Many school directors across Haiti have voiced concern about the impact of the situation on children, and we are seeing those effects first-hand at Grace Emmanuel School.

Since February, GES has experienced an increase in discipline problems, especially during the month of March. Leconte, one of Grace Emmanuel School’s directors, said it was not easy to manage the many fights that broke out.

One teacher described the changing behavior of her students. “They have become more aggressive,” she said.

The teachers also talk about the students’ difficulty concentrating and being slower to understand a lesson. They say their students always want to talk about the insecurity reigning over the country, evidence that it is the top thing weighing on all of their hearts.

“For third quarter, Grace Emmanuel’s results are not catastrophic, but we know the students are capable of doing better,” said Leconte. Grades were down 5% from second quarter for 7th graders and up, and just slightly down for primary students.

Some students are no longer attending regularly because of the economic downturn.

“Some parents send their kindergarteners with only a bottle of water and no breakfast in the morning because they have nothing to give them,” reported one kindergarten teacher. “It’s from my pockets that I feed them sometimes.”

She said some parents prefer to keep their children at home in this economic crisis rather than feel ashamed for not sending their child with food.

For our students who travel furthest and rely on public transportation, there are days they don’t feel safe to come to school. “In Haiti during these moments, life is not easy at all,” said Byly, a junior. “There isn’t health or security. Sometimes it’s a problem to get to school. We are in troubled times.”

Effects on the heart

Teachers report that some parents have completely abandoned their older children because of the country’s socio-economic difficulties and the impossibility of providing for them.

During a small discussion with a group of young people from school, Scindie, GES psychologist,  talked with them about the despair, anger and fear they feel. They see their future as uncertain and hold little confidence for it.

Last Wednesday, Yvensky, 9th grader, drew a map of Haiti, and Scindie asked students to add their prayers for Haiti.

Harry Valdo Toussaint, a senior, expressed faith in God while asking Him to intercede in Haiti’s leadership:

“Our Father who is above in heaven, in the name of your Son whose blood pardons all our sins, I ask you to forgive the sins of every Haitian… We ask you to take control of every leader in our country, because it’s You who says in Your Word to respect them because You know why they are there.”

After finishing their prayers, they took the time to admire the cards and read other prayers, and declared confidence that God will hear their prayers.

We are confident that God will hear our prayers. Thank you for keeping Haiti, and your student’s family specifically, in your prayers during this difficult time.