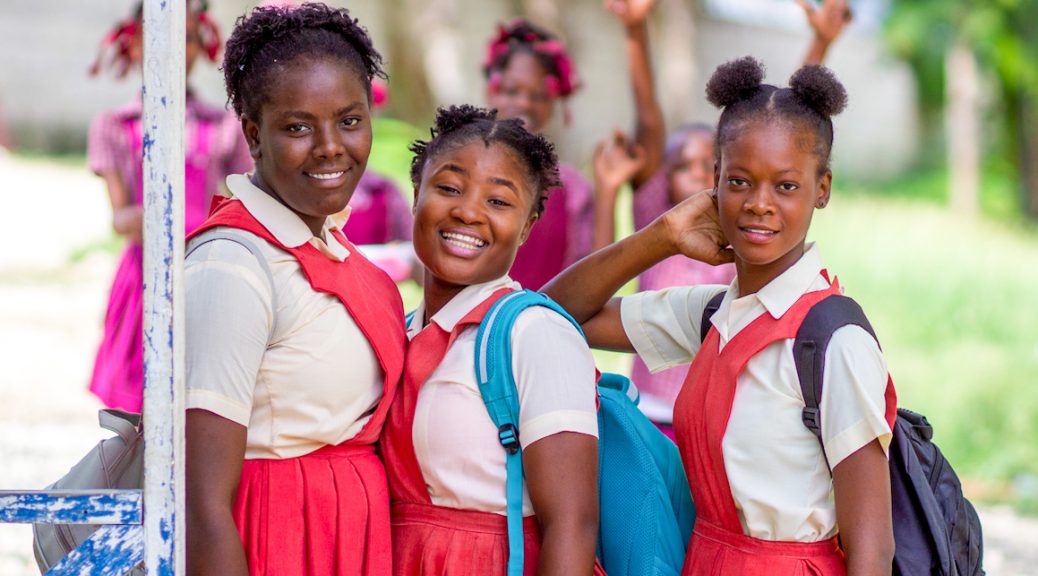 Grace Emmanuel School is about to wrap up six uninterrupted months of instruction—three months finishing up the last school year and three months starting 2020-2021.

“The school year has started well,” said GES Director Andris Sanon. “The kids have showed their willingness to do their school work and succeed on exams. Last year was too difficult for the kids because of the country’s problems.”

These problems haven’t gone away, and now the school holds its breath as the next date for potential upheaval approaches.

The opposition is calling for Haiti’s president, Jovenel Moïse, to leave office on February 7. This date marks five years since the previous president left office in 2016. However, Moïse says since his election was delayed and he didn’t actually take office until February 7, 2017, he has one more year in office to complete his 5-year term.

Protests (known as “manifestations” in Haiti) to demand the president’s departure are planned for nearly every day until February 7. These have so far been mostly confined to the capital of Port au Prince and have not affected the school.

“Our hearts are starting to beat a little faster now,” said Andris, “but if everything goes okay on February 7, the rest of the school year will go well.”

The students also say they feel their anxiety rising as February 7 approaches.

Story, a 12th grader, was happy with the start of the school year, especially once he learned he had passed his first quarter exams. “I worked very hard, I studied a lot. I don’t want a year like 2020 again. I hope everything goes okay on February 7 so all the students can keep coming to school without our hearts racing.”

“I feel a little stressed for the way they’re already talking about February 7 in the country,” echoed Etienda, a senior. “I don’t want to feel all the stress that I felt in 2020. But if everything goes well in the country, this school year is guaranteed.”

Will you join us in praying that education in Haiti can continue uninterrupted no matter what transpires over the next few weeks? If anything does begin to affect the school, we will keep you updated via JiHM’s Facebook page and our website.