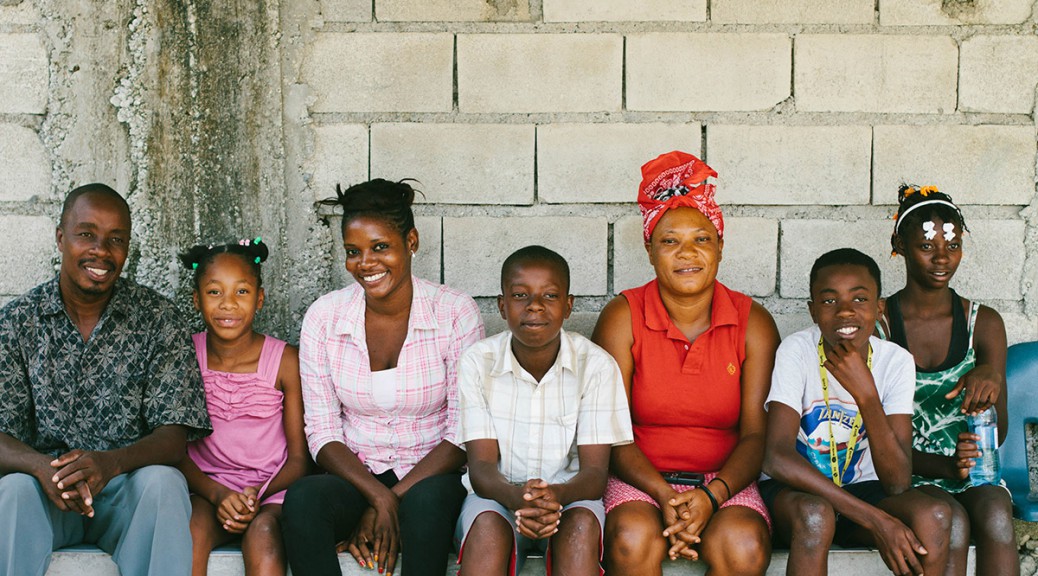 Before I moved to Haiti, I believed children lived in orphanages for one of two reasons. 1. They truly are orphaned children without a living biological mother and father. 2. Their parents do not want them and thus, these “orphans” are placed under the care of someone else, operating some sort of institution.

But what I failed to realize is that there is, in fact, a third category.

Before I moved to Haiti, I believed Gervens had been neglected and abused by his parents. I had never met them but I had come to this conclusion and had formed in my heart very bitter feelings toward them. But just a little over a year ago, I met them for the first time. And as I sat with them in their yard, peering over old photographs of their son, listening to them share stories and memories with affection and love in their voices, I began to recognize that this story was not the one I had preconceived. I had conjured it up in my mind a long time ago, a story in which now the chapters are being rewritten not by my imagination, but by truth.

It’s been just over a year since this relationship has slowly begun the process of reconciliation. Gervens has since spent much time with his parents, spending the night when he gets a break from school or calling his mom just to catch up.

One morning earlier this month, he excitedly reminded me that it was the day he would leave for his parents’ house to spend the summer with them. As we were gathering his things—his suitcase, backpack and keyboard—he gently informed me that he needed to get money from Odette to take to his mom.

I asked if he had already confirmed with Odette that she would be giving him this money, to which he replied that it was not Odette’s money, but his birthday money he had given her to save for him.

“Birthday money?” I questioned him as I couldn’t remember what birthday money he had received.

“You know, the money Jamie gave me.”

Jamie always gifts the kids with money on their birthdays so they can buy something they like. But Gervens, whose birthday was on February 14, had saved his money to give to his mom, a gesture that speaks volumes of not just a twelve year old, but a twelve year old living in one of the poorest countries in the world.

When we arrived at the gate of their home, Gervens, after commanding me to honk the horn to alert his family he was there, hopped out of the car, practically skipping with suitcase in hand. His mom greeted us with the sweetest of embraces, as she always does, and graciously took the suitcase from Gervens and led him inside. Gervens leaned into her and said, “The kids couldn’t wait for me to get here, could they?” He was referring to his older brothers and sisters. They both giggled.

We sat together on a bench in the backyard as Gervens and his dad took turns playing hymns on the keyboard. His mom, locking her eyes with mine said, “He can really play, can’t he?” To see Gervens with his family, all of them together, filled with joy—this is what makes all of the hard stuff worth it.

This story is, without a doubt, to be continued. I am hopeful that a permanent return home will be made in his near future. Please keep Gervens and his parents in your prayers throughout this transition. While it will present its own challenges, it has been a beautiful picture of redemption.