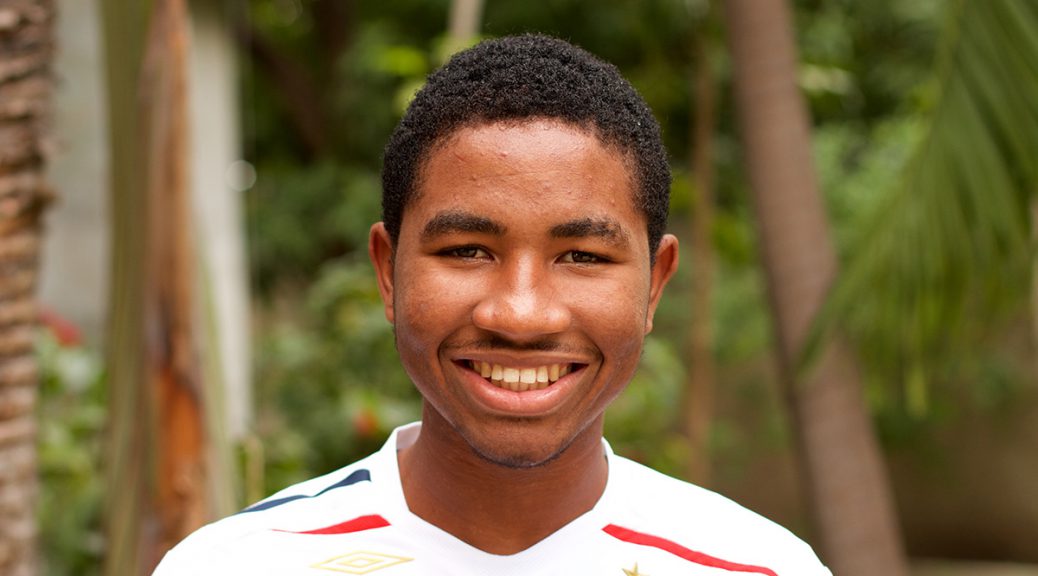 It’s been almost seven years since he lost his mother in the earthquake. She was visiting her sister in the hospital in downtown Port-au-Prince that afternoon and the building collapsed, crushing her body beneath its weight, marking the beginning of a new chapter for her children.

Bony was just nine years old at the time. Everything he had known leading up to that point in his life changed in an instant. And it wasn’t an easy transition. His life was uprooted from the village in which he spent those first nine years of his life, quickly becoming family with strangers at the Lighthouse, but above all else, missing the one person who loved him more than anything.

Bony was a student at Grace Emmanuel School, and his mother worked as a cook, preparing lunch for the kids. But Bony’s mother and father weren’t together at the time of her death. They had separated when Bony and Kimberly were young, and they lost touch with the man they needed to be there for them. Instead, Bony’s mother lived with her boyfriend, a man who didn’t fill the void left by Bony’s father, or have a positive influence on his life.

Bony’s life has been marked by incredible trial in his short time here on earth. He has lacked a sense of permanency, and thus a sense of security. I remember days filled with anger, followed by days of sweetness. Life was, as expected, an emotional roller coaster.

But one year ago, in November 2015, after leaving the Lighthouse for a short period, Bony returned. And he not only returned physically, but he came back in a way that I had never known him before. He has become one of the sweetest, most compassionate and affectionate teenage boys I have the pleasure of knowing. He takes delight in caring for others. I believe in the years to come, I will always remember Bony by his intention in our relationship, by daily giving me hugs and telling me that I’m beautiful.

Bony’s entire demeanor has changed and I can attribute this change to none other than Jesus working in his heart. He is incredibly bright and I am confident his future holds much promise. He hopes to someday become a doctor.

Please join me in praying for Bony, as he continues to grow and mature, that he would always know he is deeply loved.