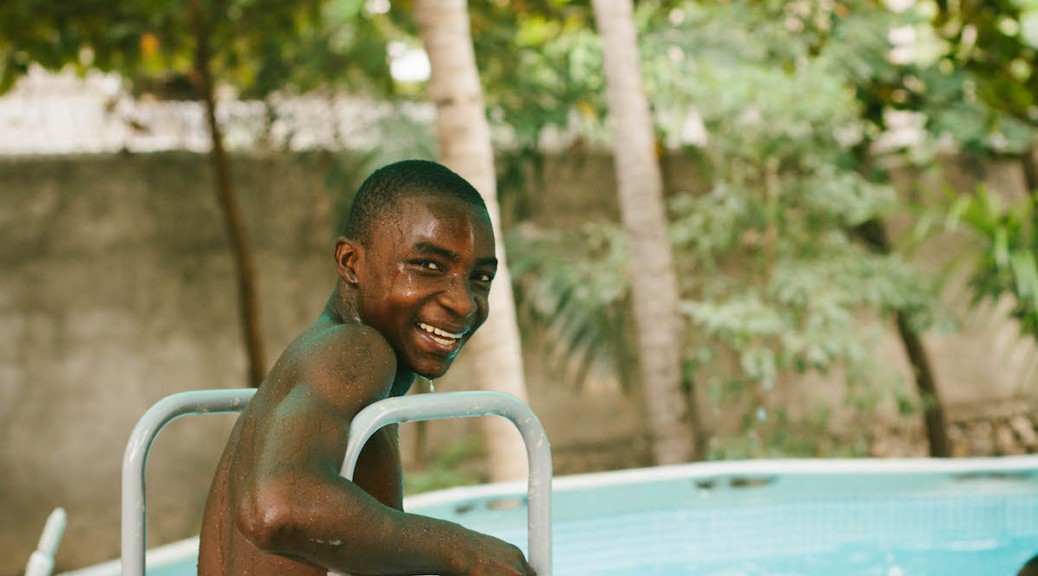 Sometimes the victories are monumental, moments that will be forever etched in your memory. They are the days that are written in the pages of your journal, marked by a specific date, so as to be remembered, treasured even, because of their significance.

But sometimes the victories are subtle. There was never a turning point or an “ah ha!” moment, but rather a gradual change that took place over time. And these moments, too, are also worth remembering.

I still look back on a photo of him from time to time, a photo I took on my first trip to Haiti in November of 2007. I didn’t know him and I certainly didn’t know his name, his story or his whereabouts. I collected a handful of photos that morning of random students who attended Grace Emmanuel School at the time and he was just one of them. But there he was, clad in his red and white checkered uniform, resting his head on the turquoise table, his hands slightly covering his shy smile. He would have been eight then, although he looked much smaller than his age.

Two years after this photo was taken, Robenson lost his mother in the 2010 earthquake. She was visiting her sister in a hospital in Port-au-Prince when the hospital collapsed and she was killed instantly. He was just ten years old, and could have never anticipated how such a tragedy would change the course of his life. But as one chapter of Robenson’s story ended, a new one began, one that would lead him, his older brother and his younger sister to the Lighthouse, a place that would become their home.

Six years have come and gone since then and Robenson is no longer that little boy who sat at the turquoise table. He is a young man, quickly approaching his seventeenth birthday at the end of March. But these years have not passed without trial. Of the eleven who live at the Lighthouse, Robenson has undoubtedly remained the most reserved. For years, he’s carried a demeanor of stoicism; to see a smile on his face has been rare. He has struggled in school, perhaps due to the malnutrition he suffered from for the first few years of his life.

However most recently, that has begun to change. Slowly but surely, it seems the layers of pain are fading away; that tough exterior has softened. I see him smiling more often and giving hugs more frequently. He’s more engaged as he plays soccer with the younger ones in the front yard, the younger ones he used to dismiss. And most recently, I noticed he posted a photo on Facebook with the ten other kids, captioning it “with my brothers and sisters,” names of endearment that used to offend him.

These moments may seem small to most, but to know Robenson, his personality and his story, these moments are monumental. Although I cannot speak for him, as an outsider looking in, I am confident God’s hand is peeling back those layers, one day at a time.

Robenson’s story is far from over, and after witnessing the progress he has made over the past several years, I am even more excited to watch as the Lord continues to take him further. It is a privilege to know him, to serve him, but most importantly, to love him.