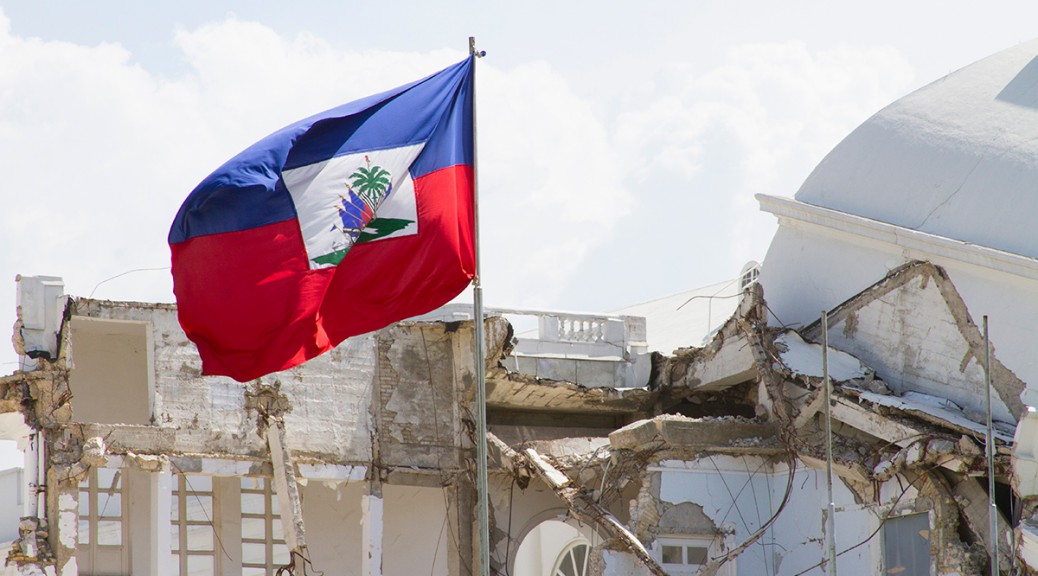 Six years ago today, on January 12, 2010, one of the most devastating earthquakes in history struck Haiti, a country that was already pinned as the poorest nation in the Western Hemisphere. Léogâne was its epicenter, a city just west of Haiti’s overcrowded capital, Port-au-Prince.

Over 3 million people reside in the bay area of Port au Prince, but so many more around the world were affected that afternoon, as buildings collapsed, houses crumbled, and hundreds of thousands of people died.

This day will not only be etched into Haiti’s history, but its date was and is a turning point in many ways. It brought more attention to the small Caribbean island than it had ever seen before, as floods of foreigners and volunteers entered Haiti. Memories are now marked by whether they took place before or after that fateful day in 2010.

The earthquake orphaned thousands of children, including four students from Grace Emmanuel School. Kimberly and Bony (pictured above a few months before the earthquake), and Mackendy and Robenson, whose mothers were sisters, were among them. Their mothers, who lived far enough away from the epicenter that they would have been safe at home, were visiting their third sister in the hospital in downtown Port-au-Prince, when the hospital collapsed. Like the majority of those who lost their lives that day, the two were crushed beneath the weight of a poorly constructed concrete structure.

Because they attended Grace Emmanuel School and Kimberly and Bony’s mom served as a cook there, JiHM staff soon became aware of their plight, and that of Mackendy and Robenson’s younger sister, Lovely. The five kids, ranging in age from 7 to 13 at that time, were quickly welcomed into JiHM’s care, and joined Peterson, Jony, Ricardo, Adriano, and Gervens (who had moved in just a few days before the earthquake).

Out of the darkness of the earthquake, God built the Lighthouse Children’s Home.

In the last six years, these children have grown into teenagers. Teenagers with hopes and dreams, struggles and sorrows. Their journey has been nothing short of the grace of God. It seems He has hand selected each of them to be where they are now. And over the course of this time, they have become a family, forming unique bonds with one another that I believe will last a lifetime.

Despite the pain and the trauma such a destructive event caused, I thank God for His redemption, that He intervened for each of the eleven who live at the Lighthouse and that He continues to provide for them in the ways they need. So as we remember January 12, 2010, we certainly grieve for those whose lives were lost, but we also rejoice for those who were spared and for the hope to which we are encouraged to cling.