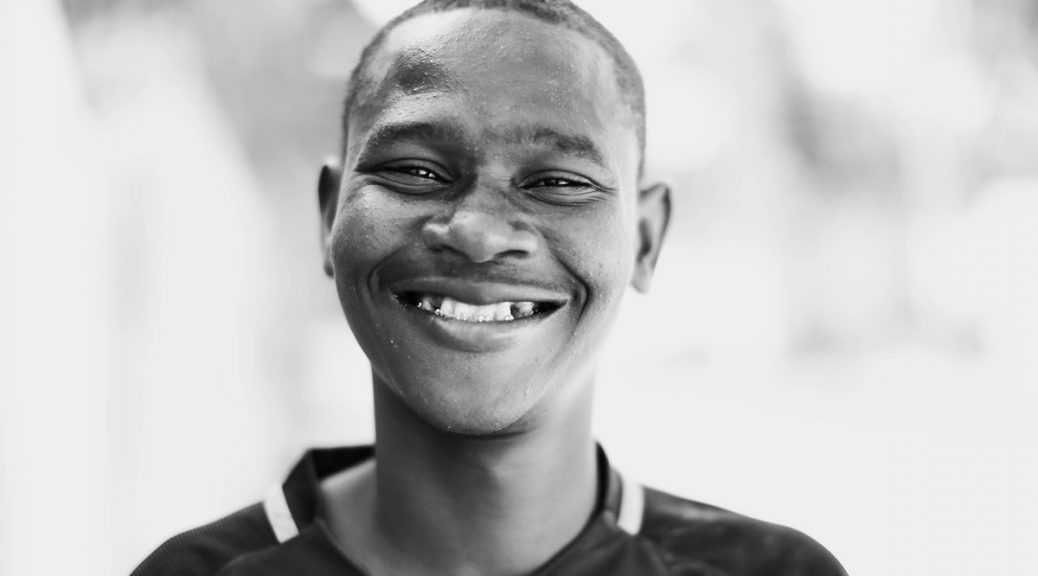 Those with special needs in Haiti are rarely seen for who they are—they are often neglected, ridiculed and belittled, and services catering to their needs are difficult to find.

Last year, the Lighthouse children and staff visited a hospital for the mentally challenged, an establishment funded and operated by the Haitian government. It is a memory forever engraved into my mind. I had never before in my life witnessed people—the patients living in this place—in such horrifying conditions. As we interacted with them, my heart broke, exposed to darkness I had not previously known.

When we left, my mind was fixed on one person.

Ricardo, sweet Ricardo. Born into a corrupt and hurting world, born into a culture unaccepting of his unique differences, born into a society failing to recognize his imperfect beauty.

Ricardo, the oldest of the Lighthouse, has been heavy on my mind for the past few years as his future beyond the children’s home quickly approaches. He is 22 years old and he will probably never be able to live on his own. I think about him all of the time, praying he will always know his value, hoping he will always know he is loved.

In the spring of 2015, after Ricardo had spent a semester at a special needs school in downtown Port-au-Prince, his principal politely shared with me that Ricardo will always have the learning capacity of a 5-year-old. Unfortunately, he will never be able to read or write, and school was not necessarily practical for his situation. It filled his time, but he grew bored due to the fact he was unable to advance academically.

I spent those months searching for some sort of organization that might be able to take him, a place with expertise in the field of special needs, a place that could provide him with a forever home. But my searching proved to be unsuccessful. There was a lack of interest, and I became discouraged.

Months passed and nothing changed. I shared my heart with our child psychologist, Scindie, one afternoon while she was at the Lighthouse. I expressed my desire to give him a family—a foster-style situation in a country where foster care doesn’t exist. I wanted this family to love Ricardo the way Odette and Stephanie (the caregiver and cook at the Lighthouse) love him, without condition and always without ridicule.

Immediately, Scindie responded with an idea that had never crossed my mind—Odette’s biological son and his wife, who live about 20 miles north of the Lighthouse. Yes. Of course. Ricardo was already familiar with the couple and the area from previous visits to Odette’s hometown, a small, rural village close enough to the city but far enough away from the noise and the chaos.

I wasn’t quite sure what Odette would think of the idea. I honestly expected her to think it was quite ridiculous. But as we sat together in that bright pink bedroom of hers, and I laid before her the heaviness of my heart, she responded in a way I never thought.

Of course, my family will take him. There is no one else I would want him to be with than us.

A tight knot began to form in my throat and I could feel the heat of the tears in my eyes. God, in His goodness and grace, began to answer my prayers through this deeply beloved family.

Ricardo spent his first weekend in Cameau with Odette, to not only ensure he felt safe and welcomed, but also in an effort not to overwhelm his potential foster family.

It wasn’t long after this visit I took him back, but this time by himself. It was a Monday and we made plans for his return on Thursday. But when Thursday rolled around, he called to inform us he wasn’t quite ready to come back to the Lighthouse, and he requested we send him a few more pairs of clothes.

For the past seven months, Ricardo has spent a majority of his time in Cameau, building relationships with the people he will soon call family.

I always thought Ricardo was happy. His sweet demeanor has always been unmistakable. But I never realized his potential until now. Ricardo is beaming. Almost daily, he verbally expresses to me how the people of Cameau love him, already referring to them as his family, to his foster parents as mom and dad. In Haiti, families often take in children who are not biologically theirs for different reasons, but the concept of initiating foster-style care in this culture is quite foreign. And because of that, Scindie and I never wanted to rush the process. We both believe this is the right fit for Ricardo, but we also wanted to ensure the family was ready, both physically and emotionally, before beginning the transition.

We are writing to you during the final stage of this process. Ricardo’s foster family is capable of caring for him, but we never want them to feel burdened by his presence.

The couple and their baby currently reside in a one-bedroom house, and when Ricardo visits, they always give him one of their two twin-sized mattresses.

In order to make this a smoother transition for both the family and Ricardo, we would like to build a small bedroom for Ricardo adjacent to their current structure. This will provide Ricardo with his own personal space and respect the family’s space and privacy.

If you would like to contribute to help cover the remaining amount, please give here before June 30. Any funds raised beyond the goal will be used to cover any additional moving and set-up costs for Ricardo.

Thank you for making this move possible for Ricardo!