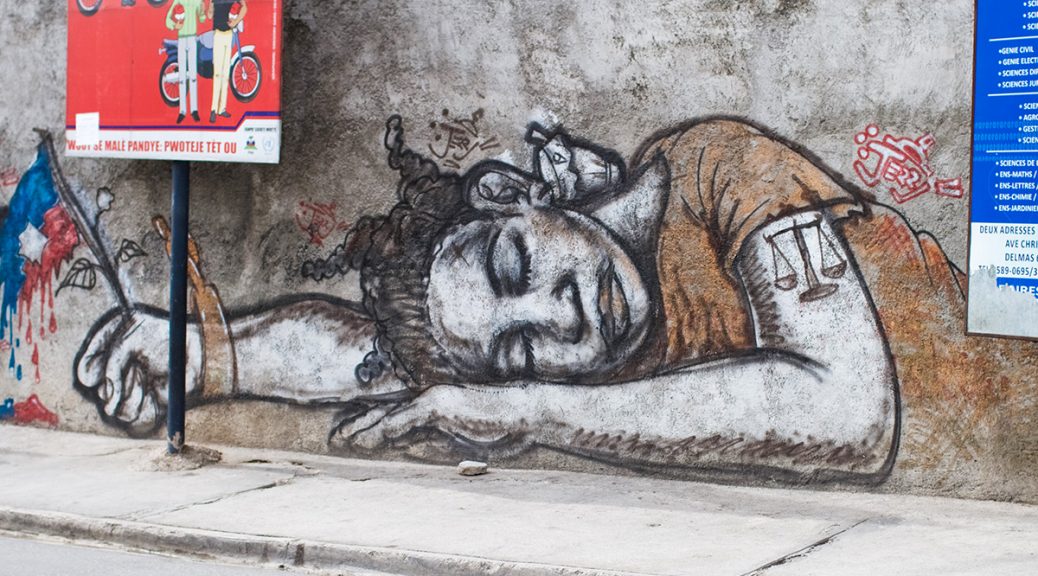 The last few years have been filled with escalating violence and insecurity in Haiti. Certain urban areas of Haiti are under gang control. Kidnapping for ransom is widespread, with over 100 kidnappings reported in January and February alone.

Last Friday, a team of Haitian police officers carrying out an anti-gang operation in a crime-ridden neighborhood of Port-au-Prince were ambushed. Four police officers were killed and several more wounded when they drove straight into a trap.

For anyone who reads the headlines from Haiti, it may seem like just one more tragedy to add to the list. Yet news of this particular incident has crushed hearts around Haiti, raising the level of despair and frustration to a new height. The emerging details surrounding the ambush and the lack of any retaliation seemed to confirm the suspicions of the general population that the gangs are working hand in hand with leaders in the government and the police force.

How you can pray

While Grace Emmanuel School is about 20 miles removed from where the police massacre occurred, the stress of the country’s insecurity still weighs heavily on the students and staff.

“It may not be physically affecting our area,” said Roger, JiHM’s director of operations, “but we are Haitians, and it’s happening in Haiti. It creates panic and nothing works as it should. We can’t see a future for our country.”

“Pray for peace.” Roger said. “We need physical peace in the country. We need a better government that believes in people and invests in people instead of just grabbing money for themselves.

“But more than that, the students need peace in their hearts. They need to be reminded that though we live in a wicked world, they need to embrace God’s vision for them and live the life God planned for them. They need to understand that evil is not just in Haiti, it’s everywhere. Other nations just plan better for human security. They need to trust God and walk in peace. The Lord said He gives us peace, and we aren’t to let our hearts be troubled or afraid.”

“I don’t have words to describe what is happening in Haiti right now, nor how we got to this point.

I’ve never known politics to be stable before in Haiti, but now the situation is beyond the ability of anyone living in Haiti to endure. Kidnapping is a reality, and no one is spared. People are dying. We live in fear and anxiety. We can’t go out, and if we are to leave, we must watch out around every corner. We fear everyone we meet on our way. We live with lots of stress.

And now the desperate situation Haiti experienced last weekend has left many, many people in tears. No one deserves an end like that. It has left sadness and pain in our hearts.

In Haiti, no one’s life is spared. Everyone can be a victim at anytime.

But despite that, despite every fear we feel, despite our worries, we know in our hearts there is a God who lives, who is in heaven and who sees and knows everything.

He doesn’t sleep. He can take His time to act, but He’s never late. God’s timing is always the best timing. He has the power to erase all of our worries and fears and give us peace.

I believe in the promises He gives me. He says He will be with me every day until the end. According to John 14:1-27, I don’t have anything to fear and my heart doesn’t need to worry.

Pray for the stress to go, for the blood to stop flowing, for the water to stop running from the eyes of the Haitian people, for peace to be established and for the Kingdom of God to come to my country, Haiti.”

Please pray for peace—both physical and spiritual—for the students and staff at Grace Emmanuel School. We are so thankful you choose to be part of providing this place of hope in a broken world.