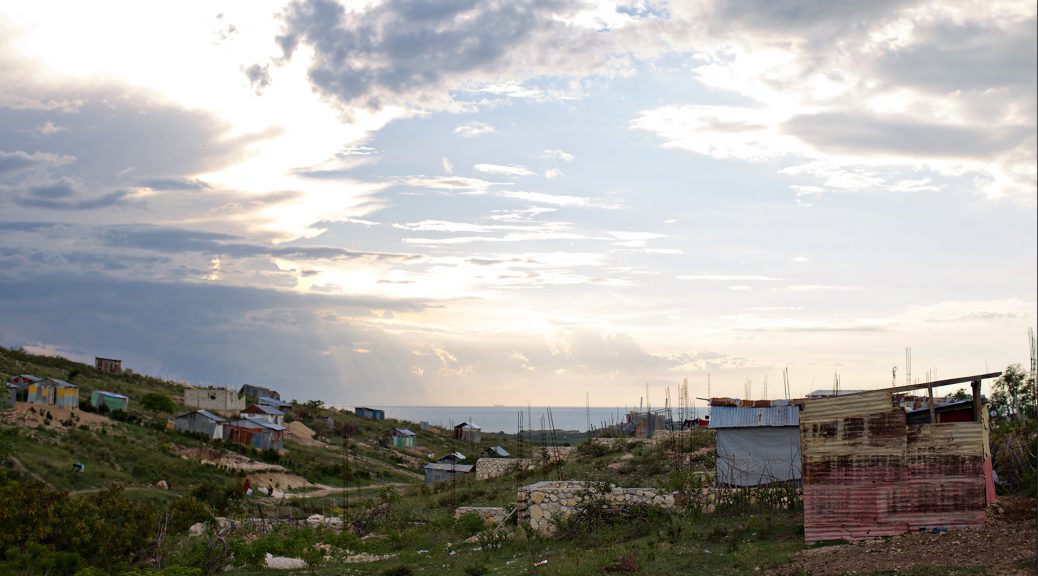 Today is the sixth day in a row of closed schools and businesses, deserted streets, and calls to “shelter in place” in reaction to the most recent round of demonstrations that have turned violent in many areas of Haiti.

These demonstrations have not just been limited to Haiti’s major cities; both Cabaret, a few miles north of JiHM, and Titanyen, a few miles to the south, have had significant protests with burning tires and other obstacles blocking roads.

What is causing all of this?

Haiti has a complex history and there are many factors that contribute to the current political situation. Most recently, in 2017, after months of delayed and rescheduled elections, Jovenel Moïse took office as Haiti’s president. One of the promises he made in his campaign was to hold the previous administration accountable for millions of dollars in aid from Venezuela that had gone missing. Two years later, not only have no politicians been prosecuted, the living conditions in Haiti have gone from bad to worse, with inflation hovering near 15%. Opposition party demonstrators are now calling for the resignation of Moïse, and claiming they will not back down until their demands are met.

The effects of the protests on those we serve

Decreased security: Because of the mountainous geography of Haiti, there really are no viable “back roads.” Traveling on the one highway between Port-au-Prince and the mission is dangerous right now, especially for JiHM staff members who are responsible for going to the bank to withdraw operating funds. Banks are also targeted by demonstrators.

Delayed healing: Yesterday, an 11th grader at Grace Emmanuel was scheduled for an operation to fix a severe hernia that has been causing him pain for months. The surgery has now been postponed indefinitely until the hospital re-opens and the surgeon returns.

Increased hunger: Students who rely on school lunch for their only substantial meal of the day are not able to receive that daily meal when everyone is forced to stay home.

Reduced learning: So far this school year, over 10 days of instruction have been lost at Grace Emmanuel School due to political unrest in Haiti. In addition, the overall level of anxiety among the students and staff makes it more difficult to learn on the days they are present.

In the darkness, light shines even brighter

These effects, both the general and specific, are disheartening and maddening. It is hard to watch the people we love so dearly endure yet more hardship, and feel helpless to do anything about it.

Yet the resilience and faith of our brothers and sisters in Haiti inspires hope.

“We are in difficult times. The country is not doing well,” said Roger Carole, JiHM’s director of operations. “As Christians we are to continue praying for the health of this country. God is in full control and we trust His plan will be fulfilled.”

On Sunday, despite the protests and calls to remain home, over 100 people still attended Victory Bible Church. Pastor Dieuvert visited a family after the service, leading one new believer to Christ.

“Even though things are a bit crazy, we will not stop preaching the Gospel,” said Roger.

Pray with your brothers and sisters in Haiti

“Pray for peace in the country and a solution,” said Marie Lyne, Grace Emmanuel School nurse. “No one can go about their activities. Especially pray that the children can go to school, because that is their future and many of them live on the food the school provides. It makes me so sad.”

Iselande, sponsorship manager, requests you ask your church to pray fervently for Haiti. “Life is not easy here at this time. Pray for the country to be unblocked. Everyone is stuck in their houses. It’s not a good life at all. Pray. Jesus knows. Jesus can do everything.”

Jesus can do everything, and so we are not helpless. We can pray. Pray for God’s kingdom of peace, justice, and righteousness, to come on earth, to this beloved and broken nation.

“Ask God to bring peace, understanding, and stability to Haiti,” wrote Scindie, JiHM’s child psychologist. “I know He has that power. God can do everything. We never doubt that.”