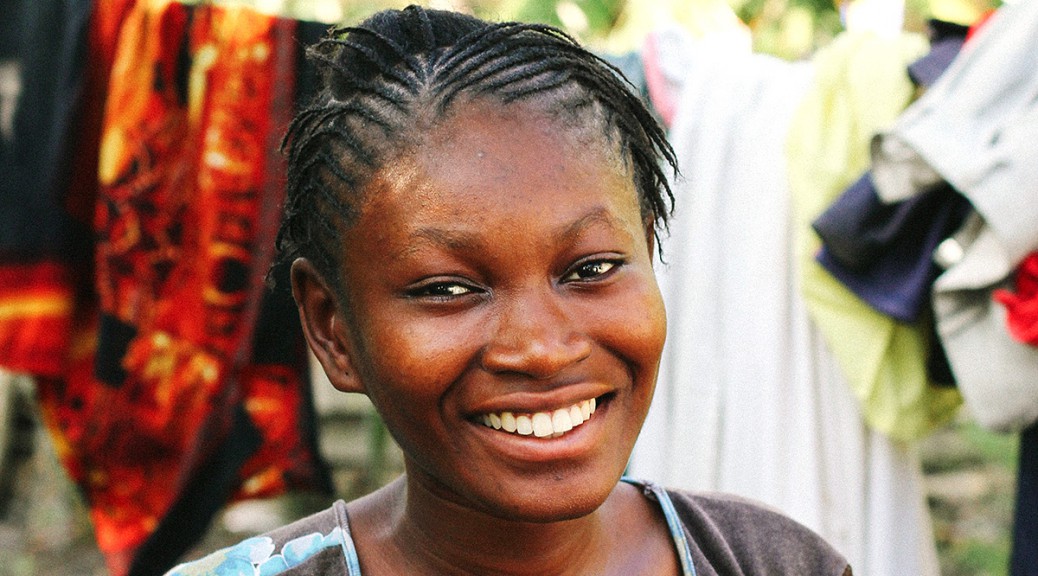 As a child growing up in the village of Cabaret, Manita would dance at voodoo ceremonies. She worshipped Satan, the same as the rest of her family. She didn’t know any differently.

Then Manita started attending Grace Emmanuel School in 2005. Her family had heard of a new, free school for their daughter to attend and enrolled Manita in 2nd grade at the age of 10.

At Grace Emmanuel School Manita heard about Jesus. She remembers a man named Manela who would lead devotions every day for all the students. It was during one of these devotions in 2009 that she made the decision to follow Christ. She had seen death in voodoo, but in Jesus, she found life. She says it was by the grace of God that she became a Christian.

A few years ago, Manita’s family moved to Bon Repos and she almost had to quit school because of the daily cost to travel the distance. Staff encouraged her to continue and assured her God would provide, and He has proved faithful.

Now 21 years old and in 12th grade, Manita expects to graduate next year (high school in Haiti goes through 13th grade) and would like to study to become a pediatrician. She is a quiet leader of the whole student body. She sings beautifully, stays out of trouble, and is always near the top of her class.

I ask Manita if I can visit one day as we are driving to Bon Repos from school. She leads me to the two-room wooden structure where she lives with her mom, uncle, his wife, and their three children. She shares a full-size bed with her mother in a small room also shared with her three young cousins.

Her mom is not home, and Manita tells me she will be at the local market selling beans until dusk.

Seven years after putting her faith in Christ, Manita is the only Christian in her family. Her mom still believes in Satan and practices voodoo.

I ask her if this is hard. “I used to talk to my family about Jesus and tell them that He is coming back, but they won’t believe. I tell my mom that Jesus loves her and wants to give her life. My mom says she wants to believe in Jesus, but she still hasn’t.”

Curious about her father, I ask about him. She says he used to practice voodoo as well. In 2006, he became very ill and bed-ridden. Because of this, neighbors came to visit and shared the gospel with him. Before dying in 2007, he gave his life to Christ.

Manita’s favorite thing to do is sing, and she sings at the local church she attends.

I ask if she will sing one of her favorite songs for us. She sings a song about keeping the faith and fighting to see the grace of God.

Manita’s story is one that speaks of bright light in the midst of darkness. What Satan meant for destruction, Jesus meant for life! What a wonderful reminder that the enemy has no dominion over who belongs to Him.

“But you are a chosen people, a royal priesthood, a holy nation, God’s special possession, that you may declare the praises of Him who called you out of darkness into His wonderful light” (1 Peter 2:9).

Please pray for Manita’s journey with Jesus as she continues to be a beacon of hope and share the love of Christ with her family and friends.

The life-changing education Manita has received at Grace Emmanuel School has been covered by her faithful sponsor in Indiana for over 10 years. What an eternal difference this monthly sacrifice has made in Manita’s life.

Jamie Curtis moved to Haiti in July 2014 to work as the liaison for Grace Emmanuel School. Over the last two years, she has visited the homes of over 200 students, sharing their stories to advocate for the needs of the school's most vulnerable students. Jamie has a degree in elementary education from IPFW (Fort Wayne, IN).