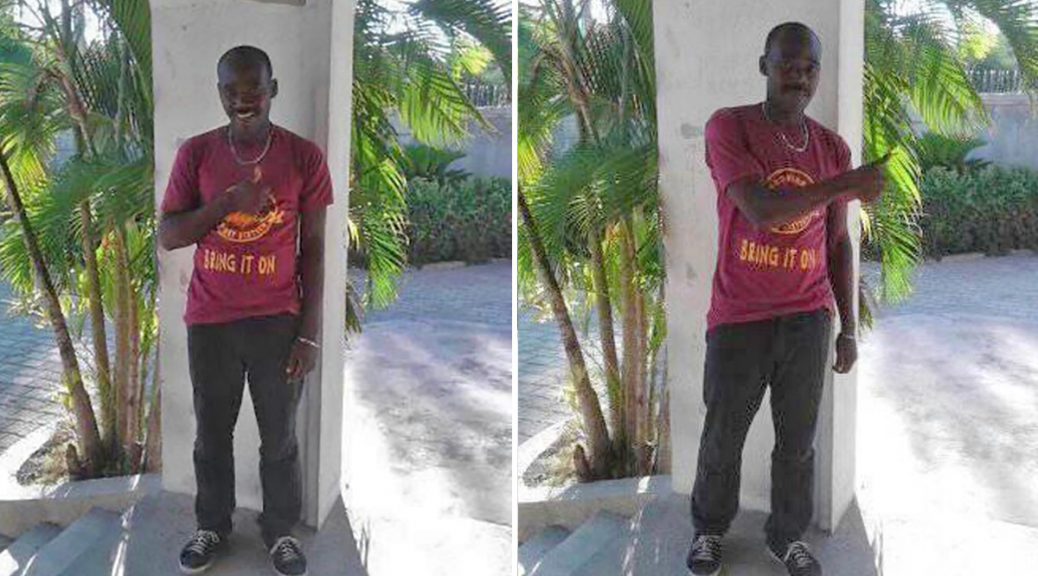 On Monday morning, May 18th, I awoke to an unsettling Whatsapp message. Jean Marc, long-time security guard at the Lighthouse, had died unexpectedly.

I was shocked. Just a few months earlier, while I was in Haiti in January, I met his two young sons. He brought them over to the house for the first time. I had always known he was gentle, but to see him interact with his kids made those perceptions all the more tangible.

I remember Odette making a fuss out of this encounter. She and Jean Marc were particularly close. All this time we’ve known you and we’ve never met your family! It was true. We’d known this man for so many years and yet, so much of him was still a mystery to us. Jean Marc had quietly and seamlessly blended into the background of life. We always knew he was there.

And now, he was gone.

A healthy, middle-aged man, father and husband, Jean Marc had been a constant source of love and encouragement over the past few years. I sensed the grief was heavy, even through the Whatsapp text. Haitians don’t often express their emotions so freely and openly. But death tells another story.

I laid in bed for about an hour until my eyes began to burn with hot tears. How could it be? This isn’t fair. I fervently scrolled through the thousands of photos on my phone, hoping there was just one to remember him by. His face, warm and inviting. His skin, rich like ebony. His smile, forever accompanied by his signature mustache. His eyes, gentle and kind.

I searched and searched for a picture but found nothing. So I got up and immediately looked through my old external hard drives for any trace of him. But nothing turned up. Not one photo of him.

And that’s when it hit me. He was stitched into the fabric of everyday life at the Lighthouse, a steady presence, a constant companion, a warm welcome. Aside from the fact he frequently had a gun at his side and was dressed in a charcoal grey uniform, he never drew attention to himself. He’d sit beneath the side porch on the front of the house, radio in hand, listening to the news station or to a Konpa song. Yet, I had failed to document it.

Lolooooooo! Figi ‘w frè (Your face is fresh)! He’d say to me each time I’d walk through the front gate of the Lighthouse as he’d wrap his arms around me. Every single time. It was his standard greeting.

Memories began to flood my mind, all the ways in which he was integrated into the kids’ lives. He would help with homework when he could. He would fill the generator with diesel when it was empty or check the water when no one else was around. He would sit beside Erlange as she’d scrub the laundry, just to keep her company. He would shell peanuts with Odette and gather water for her when she was preparing to boil a pot of rice. He would bathe our dogs when they got a little too dirty. We’d always include him in the food count for birthdays and celebrations, for Sunday lunches and weekday dinners. To be honest, he has been one of the most consistent male figures in the kids’ lives for the past several years.

Throughout the rest of the day, messages trickled into my inbox. Lolo, did you hear about Jean Marc. Jean Marc died.

In my efforts to find some sort of evidence of him, I came across a video from January. Johnny wanted a ride on Jean Marc’s motorcycle. You sure? I asked Jean Marc. I needed the confirmation he didn’t mind us taking a little cruise down MBC, the road in front of the Lighthouse. Go, Lolo! He said, with that notable enthusiasm in his voice.

So Jean Marc opened the front gate and I mounted the bike.

Honk the horn! He shouted over the sound of the revving engine as I approached the gravel road. A small but mighty gesture of endearment. He was always looking out for everyone, always putting others before himself, always protecting those in his path.