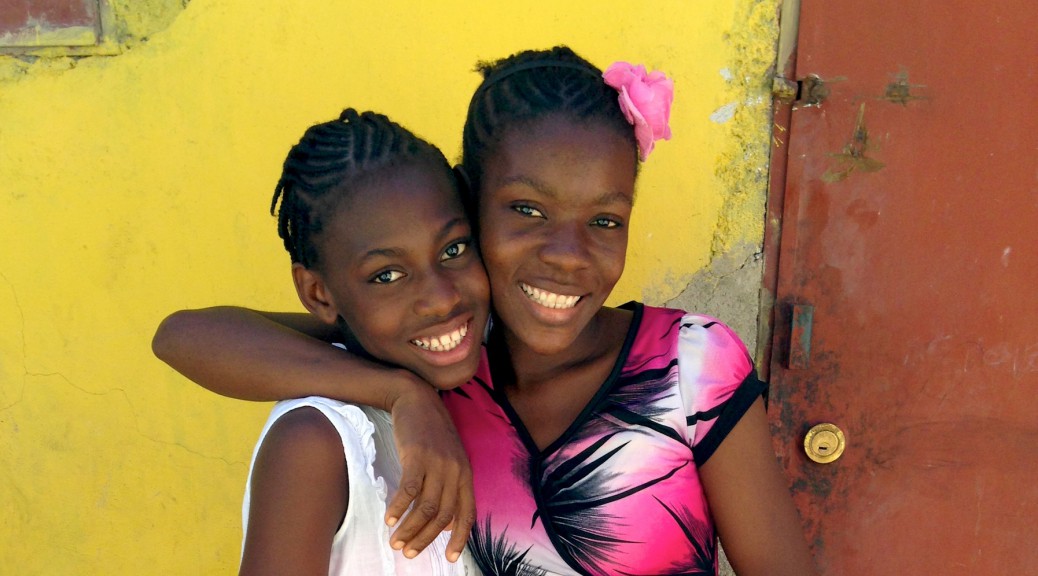 Anne Marie had long anticipated this day, the day we would visit her older sister, all of us together. She is wearing some of her best, a pretty white button-up blouse with tiny ruffles lining the sleeves and a pair of lavender jeans. I sense the excitement welling in her heart as we all set off down the road.

Anne Marie has been there before, to the orphanage where her sister lives. She occasionally stops by on her way home from school. But I had no idea just how close it was–less than a mile from the Lighthouse, where Anne Marie has lived for almost two years.

We arrive at the front door and step in. The home is rather barren, concrete walls painted yellow and stained with dust and dirt and worn life. A few kids, probably curious at the sound of our voices, wander into the room. They lead us through the house, empty with the exception of a few pieces of furniture, and tell us to sit on an unoccupied couch. Anne Marie leaves the room and returns moments later, leading a young girl by the hand.

This is Sissy, she says, my sister.

She is lovely, just like Anne Marie. She has a slim frame and an inviting expression painted across her face. She has almond-shaped eyes and strong facial features. She and Anne Marie definitely look different, but there is an unmistakable resemblance, perhaps in their spirits. She joins the kids on the couch, and pulls up a chair for me. Anne Marie still holds her hand, sitting just to her left, and looks at her almost like she is saying, I’m so proud to call you mine.

Anne Marie still holds her hand, sitting just to her left, and looks at her almost like she is saying, I’m so proud to call you mine.

I glance around the room as the conversation progresses. The Lighthouse kids are all listening intently with soft smiles on their faces. I can sense they feel Anne Marie’s joy, happy to be experiencing this precious part of her life with her. Sissy shows me a few photos, one of Anne Marie when she was about five years old, and another taken just before their mother died. But the last photo she shows me is one I never expected to see. It is a picture of their mother, a small photo from an identification card. She is stunning, just like her beautiful daughter. She had strong facial features, a definite jaw line, bold cheek bones, and the same almond-shaped eyes. Here is the woman who brought Anne Marie into the world, and although I will never meet her here on earth, I can’t help but thank her; thank her for molding her child into the passionate, brave, bold, lovely young girl she is today.

Anne Marie overflows with spunk and attitude, but what captivates me most about her is her heart for her Savior. She has a faith that can move mountains. A faith, Sissy says, that comes from her mom and her grandma.

I can’t wait to thank these women one day, face to face, standing in the presence of Jesus. I know Anne Marie looks forward to that day, too.

But for today, the Lord has set Anne Marie in a new family at the Lighthouse, with adopted brothers and sisters who love her, too. We say good-bye for now and set off for home, running and giggling together on the dirt road.