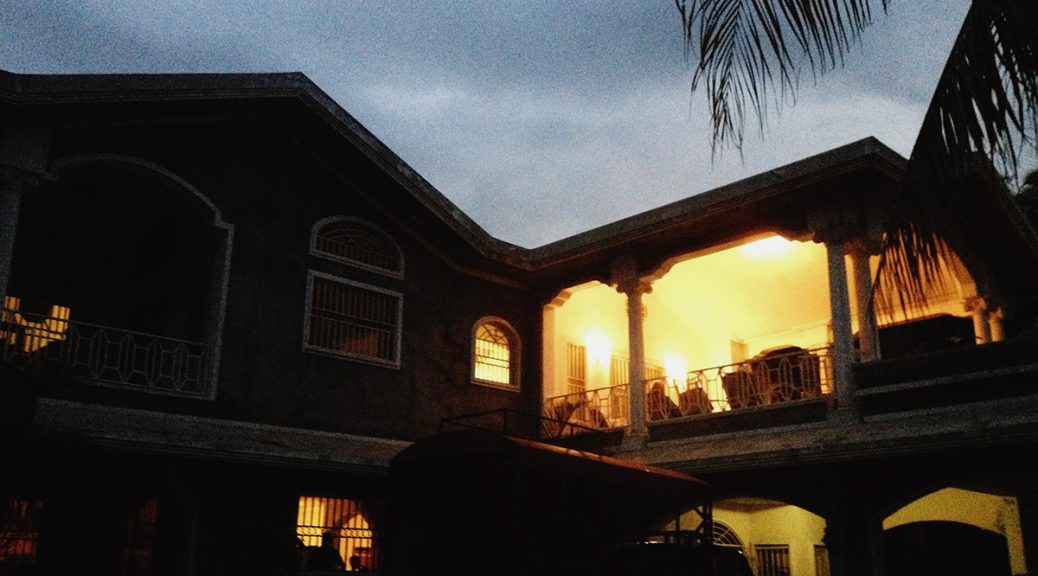 Last month we shared reflections from the kids at the Lighthouse Children’s Home as they commemorated the 10th anniversary of the earthquake and the founding of the home.

Afterwards, while watching the movie “Hidden Figures,” I couldn’t help but think of JiHM’s own “hidden figures”—the four women who have cared for the Lighthouse kids behind the scenes for many years—Mama Odette, Stephanie, Nellie, and Erlange.

Certainly, the film tells a different story than that of our Lighthouse caregivers, but we often tend to minimize what seems like small contributions, when it is those daily, consistent actions that bring life to others.

These four ladies are the foundation of the home, “surrogate” mothers who have carried the burdens of many children not their own. In my time at Lighthouse, I have seen their maternal instincts manifest in so many situations. Here are a few highlights, though they hardly begin to do justice to the unique contribution they’ve each made to the home.

Nellie, the housekeeper, could simply come to clean the rooms, finish her work, and leave. But she does more than that. Many times I see her with Peterson, sharing jokes. They will whisper together, and then both break out in laughter. When Peterson was to be recognized at church, he asked Nellie if she could be his godmother.

Erlange does the laundry for the home. Again we would be satisfied if she came, cleaned the clothes, and returned home. But she takes time to teach the kids how to do the laundry by themselves, asking them, “When you grow up, how will you do this on your own?” She does not think only of her work, but of planning for the future of the kids, like any mom would.

Stéphanie, Lighthouse cook for so many years, was injured in an accident last year and had to be away for a while. Whenever I saw her, she would tell me that whenever she spoke with the kids, they were always saying the same thing, “When are you coming home? We miss your cooking.” I assure you it was not mainly her cooking they were missing, but the absence of her smile and kindness, a steady presence in their lives since the founding of the Lighthouse.

And finally Mama Odette, the primary caregiver, with a face that is quick to break into a smile and arms quick to wrap anyone in a hug. The children found in her the grandma they did not have to care for them. Her joyful spirit and deep love have reassured them so many times. She watches over and cares for them as she does her own kids.

I’m not trying to paint a picture of family perfection, as all authentic relationships have their ups and downs. I just want to bring their contributions into the light and honor them for the family they have created at Lighthouse. I invite you to be praying for each one of these “hidden figures.”