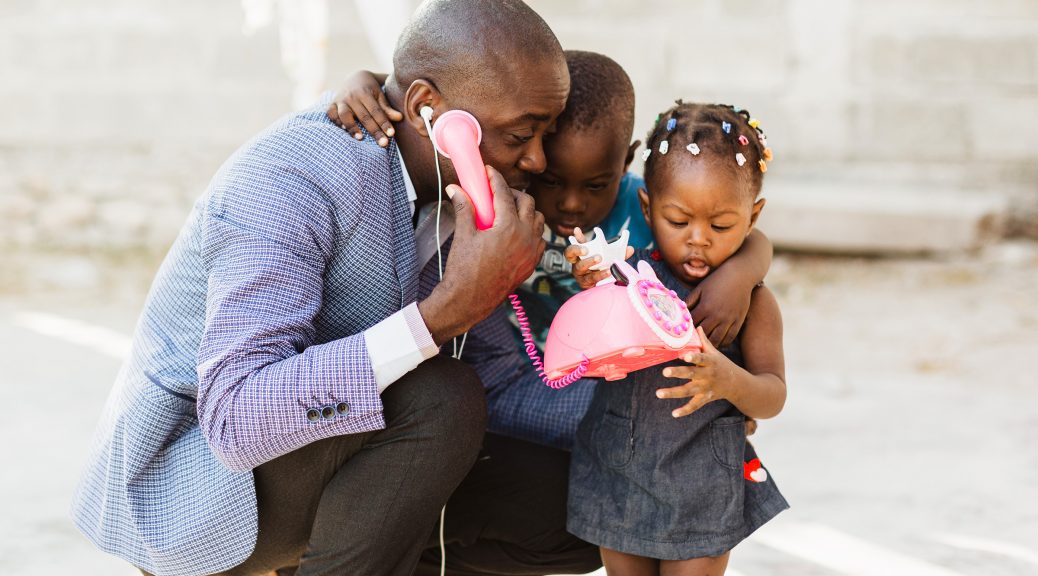 Frisner Milien has served with Jesus in Haiti Ministries for nearly a decade. Over the years, his thoughtfulness and sincerity, combined with a strong work ethic, have earned him the respect of his colleagues and the community.

Beginning as a 4th grade teacher at Grace Emmanuel School in 2010, Frisner transitioned to become administrator for JiHM in 2013.

“Frisner’s role is vital to our ministry,” said Roger, JiHM’s director of operations. “He is trustworthy and reliable, a leader in the community, a great father to his children and a great husband. Frisner is a tough worker who is always trying to grow in his faith.”

As Haiti’s insecurity has grown over the last couple of years, Frisner’s role has required a growing faith.

Earlier this year, Frisner and Pastor Derson were on a routine trip to a bank several miles away from the mission to withdraw operating money for the next few weeks.

Shortly after leaving the bank, they were robbed at gunpoint. Both were unharmed physically, but very shaken by the encounter.

“It scared me so much I had to take time off work and considered resigning,” Frisner said. “Roger advised me not to give up.”

Not only has Frisner not given up, he is now overseeing the purchasing of food for several hundred families affected by the economic impacts of political instability and the COVID-19 closure.

Behind the scenes of food distribution

There are a lot of challenges that come with buying and distributing a large volume of food in Haiti.

For starters, fluctuating food prices. “The price for everything goes up every day in Haiti,” said Frisner. “You may buy something at one price today, and the price goes up by tomorrow.”

Because it is unsafe to carry the cash needed to purchase the food, a check needs to be used. But it is not easy in a largely cash-based society to find businesses that accept checks, especially near JiHM’s location.

“Buying all of the food and then driving from Port au Prince to our mission gave us a lot of concern, especially driving through areas where people are starving,” Frisner shared. “We were scared of being robbed. But we had a strong team that was always willing to take the risk. It was not about us, but the hungry children who were hoping to be fed.”

Frisner says Psalm 23 gave him extra courage during these trips. Thankfully, they no longer have to make this long journey with a truck filled with food.

“God is good, and we have now found a place nearby that accepts the checks. This makes it easier for us,” he said.

Once vendors with enough food have been located and the food is purchased and safely transported to the mission, Frisner oversees a team of staff and volunteers to divide and package it up before it’s finally time to deliver it.

“So many of the families are saying that these deliveries are like Jesus coming to their houses,” Frisner said. “They are so happy that we are thinking about them and bringing the food to them.”

He shares about a specific visit that left an impact on his whole team.

“One of the families we brought food to impressed us with the way they welcomed us, thanked us, and even wanted us to sit and spend time with them,” said Frisner. “Even though they live in a house made out of mud, they taught us a lesson. Happiness does not depend on how we live or where we live. It breaks our hearts to see the situation in which they live. While we are living in better houses, with fans and electricity, sometimes we still complain about wanting more. That gave me new eyes.”

A childhood that shaped his empathy

God was preparing Frisner from his earliest years for the faith, compassion and intelligence he daily needs in his role with JiHM.

Born in Source Matelas to a mom and dad who doted on him and each other, Frisner didn’t have many years with either of his parents. When he was a toddler, his dad was killed by a jealous business competitor. His mom would never be the same, dying of maladi lanmou—lovesickness—about ten years later.

Frisner’s grandma raised him, but could only afford to send him to school through 6th grade. That year Frisner won a knowledge contest held among all the schools in Source Matelas. By the providence of God, an older half-brother whom he had lost touch with heard Frisner’s name announced on the radio and sought to reconnect with him. Frisner asked for his help to pay for 7th grade, and his brother put him in a school just up the road in Cabaret. The school had a deal that offered a student a full ride if he or she had the top marks for 3 quarters in a row. Frisner worked hard and won the scholarship.

After he graduated and passed the government exams, Frisner started law school in Gonaives. Shortly after, the school closed down. Grace Emmanuel School had an opening for a 4th grade teacher, and Frisner got the job.

Though he became a Christian shortly after his mom died, Frisner credits Roger with helping him strengthen his walk with the Lord. “God worked in my life to use Roger to give me good advice. He’s helped me understand what I didn’t before, and how to live a better life for God.” Frisner was baptized in July 2017.

Frisner married his girlfriend of 8 years in 2015, and they now have a son (Daniel Dmitry) and daughter (Hornella Lauren).

“My biggest dream for my children is to give them a good education and teach them according to the Word of God,” he said. “I want to be a good father to them so they can live well even if I leave this world.”

A word of gratitude to you—and a prayer request

Frisner wanted to pass along gratitude to JiHM supporters. “It does not matter how much or how little you give, what matters is that you all make a difference with what you give together. You change many lives. By supporting JiHM, you are preaching the Gospel in Haiti even though you are not on the field.”

Pandemics aside, Frisner’s long-term desire with his work is to create jobs in Haiti.

To always be more effective in his work, Frisner pushes himself to become better educated. He asks for your prayers for one upcoming milestone in his life—defending his license to practice law at the end of September.

Encouraged by Frisner’s story? Please send him a note to mutually encourage him!