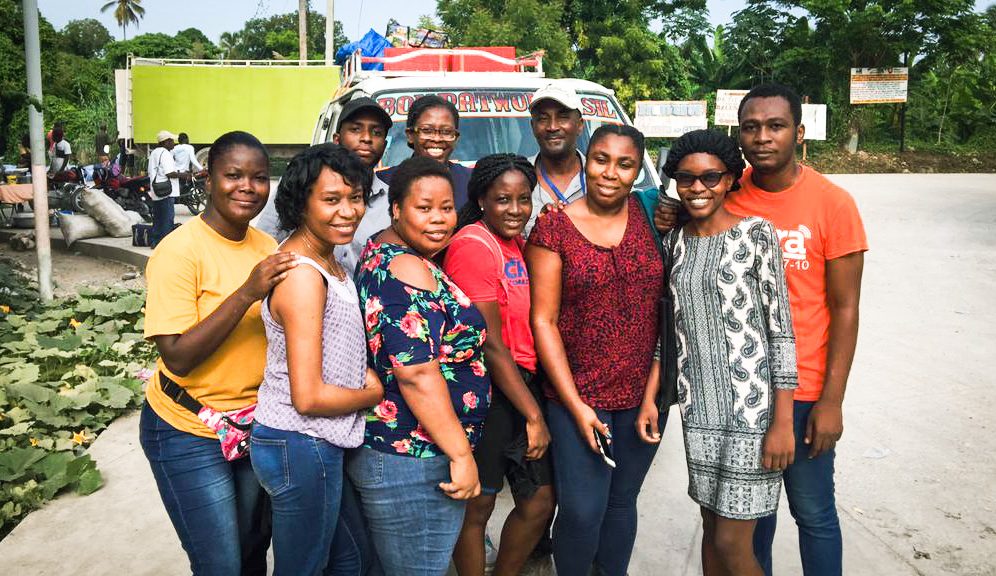 After an earthquake struck southern Haiti in August, the few hospitals in the affected areas were quickly overwhelmed and began turning people away.

Grace Emmanuel School’s nurse, Marie-Lyne, felt compelled to do something. “I told myself, I am going to go to help with those that the hospitals can’t keep,” she said. Though she had never visited that part of Haiti or responded to such a disaster, she didn’t hesitate. “Professionals must always be ready to help.”

She helped gather together a team of colleagues that included fellow nurses, doctors, an engineer, a psychologist and a driver. They met to determine where exactly they would go and what the greatest needs were. Before leaving, they held a supply drive and collected medicine, tents, clothes, food and water.

Within two weeks of the earthquake, Marie-Lyne and her friends arrived to help in Haiti’s “Grand South” region.

Some of what she encountered did not surprise her, given the strength of the earthquake. They visited many people living in broken houses without roofs. “They don’t have a tent or a tarp,” she said, “so at night, they just slept in the yard, looking to heaven.”

Every night they felt two or three aftershocks. “During those times,” she recounted, “everyone in the area would yell, ‘Jesus, ooooo, we can’t do this again!’”

While Marie-Lyne expected to treat earthquake injuries, what she discovered in the villages were basic, undiagnosed health issues.

“What made me feel the worst was that they are sick and don’t even know it, because they have never had their health checked. There’s not even a place to buy medicine in their area.”

As Marie-Lyne and her colleagues held consultations, they found many people with untreated hypertension, skin conditions, suspected cases of COVID-19, and even strokes.

As she talked with people, she taught about basic health care regimens for hygiene, diet, and skin care, as well as best practices for before, during, and after an earthquake.

“I was so surprised by how people in these areas remote from Port-au-Prince don’t have access to meet even their primary health needs. The people were pleading with us to return again to help them. They told us they wanted to give us land so we could make a health center for them.”

As Marie-Lyne returns to serve the students at Grace Emmanuel School, her heart weighs heavy with the ever-increasing burdens of her country. She hopes in the future to travel to more remote areas of Haiti to serve with medical teams.