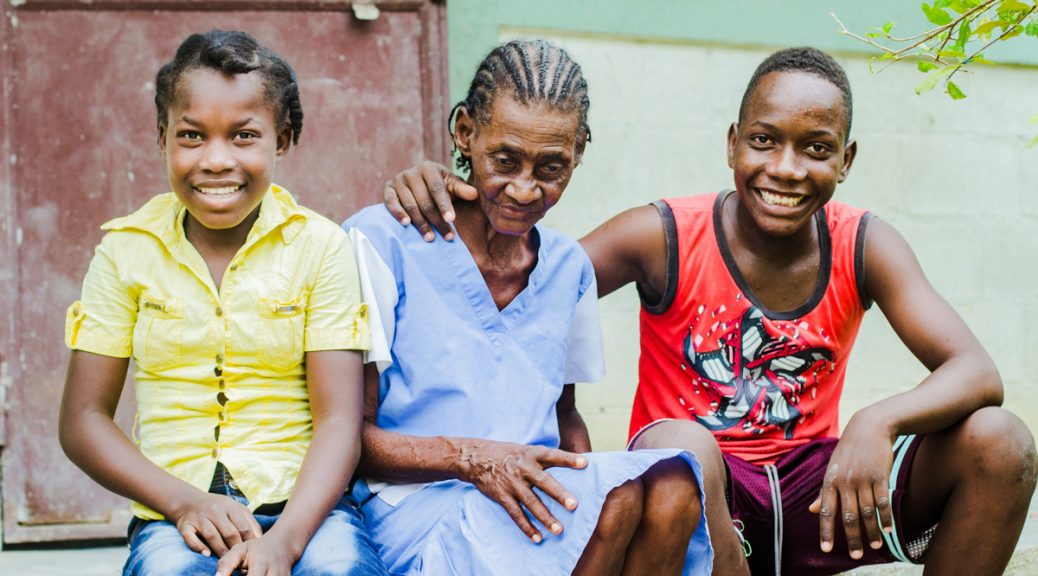 After another troubled year in Haiti, 21 seniors at Grace Emmanuel School beat the odds and graduated at the end of June.

“I am very proud of these students,” said Leconte, GES director of pedagogy. “Despite everything they faced, they never gave up.”

To reach this milestone, all of the students overcame the many trials that have plagued Haiti in recent years, including hurricanes and earthquakes, political upheaval and gang violence, pandemics and food insecurity.

Yet beyond these universal struggles, many of the students have overcome profound personal losses as well.

Juvenson is one such graduate who has been no stranger to heartache.

After his dad passed away when he was only 6 years old, Juvenson’s mom worked hard each year to scrape together 900 Haitian dollars (equivalent to about $100 US at that time) to send him and his sister to different schools.

In the summer of 2012, she found an opening in 5th grade at Grace Emmanuel School for Juvenson. She would not have to pay for his school anymore.

“Everything surprised me at this school because it was so different than the schools I’d been at before,” Juvenson remembered. “The way everything worked, the way they helped us go to the hospital, the free bus, lunches. I had never received the kind of support I’ve received here.”

Soon after he began at GES, Tim and Gayle in California began sponsoring his education. Over the next several years, both were able to travel to Haiti to meet Juvenson and his family. A special bond was formed.

When Tim and a small team from his church visited Juvenson’s home at the end of July 2016, they learned that his mom was gravely ill. The school nurse immediately followed up with a visit, taking his mom to the hospital for further testing.

There was nothing to be done. His mother passed away just a couple of weeks later, on August 12, 2016.

As Juvenson grieved his mom, Grace Emmanuel School staff took special care of his family. His sister, then a 6th grader, also enrolled at GES, lifting the burden of her school tuition off of their grandma, now the sole caretaker.

Life has been far from easy for Juvenson over the last six years as his grandma has struggled alone to provide for him and his sister.

“Some days my grandma wakes up and doesn’t have any gourdes,” he shared. (Gourdes are the basic monetary unit in Haiti). “So I will get up and go search for work. I crush rocks [to make cement] and they pay me. I bring that money to give to my grandma. That makes me very proud.”

As he looks to his future after GES, his grandma factors into all of his plans.

“My biggest hope is to study agronomy at university and then work so I can take care of my grandma,” he said, “because she has chosen to sacrifice her life for me and my sister.”

He wants to work hard to make her proud, even though he knows she already is. “She is prouder of me than anyone else in the world. She always tells me that!” he said.

Ending this chapter with gratitude

As Juvenson brings his chapter at Grace Emmanuel School to a close, he shared his gratitude “from the depths of my heart” for his sponsors, Tim and Gayle. “If it wasn’t for them, I couldn’t have made it here. I’ve been able to learn, and I want to do the same thing for other kids in need. I love them so much. May God pour blessings on them in abundance.”

The years have not been easy, but God made a way for Juvenson—and his 20 classmates—at Grace Emmanuel School. We are deeply grateful for all of the sponsors and supporters who helped each of these students achieve this accomplishment. May God be glorified in the next chapters of these student’s lives, as well.