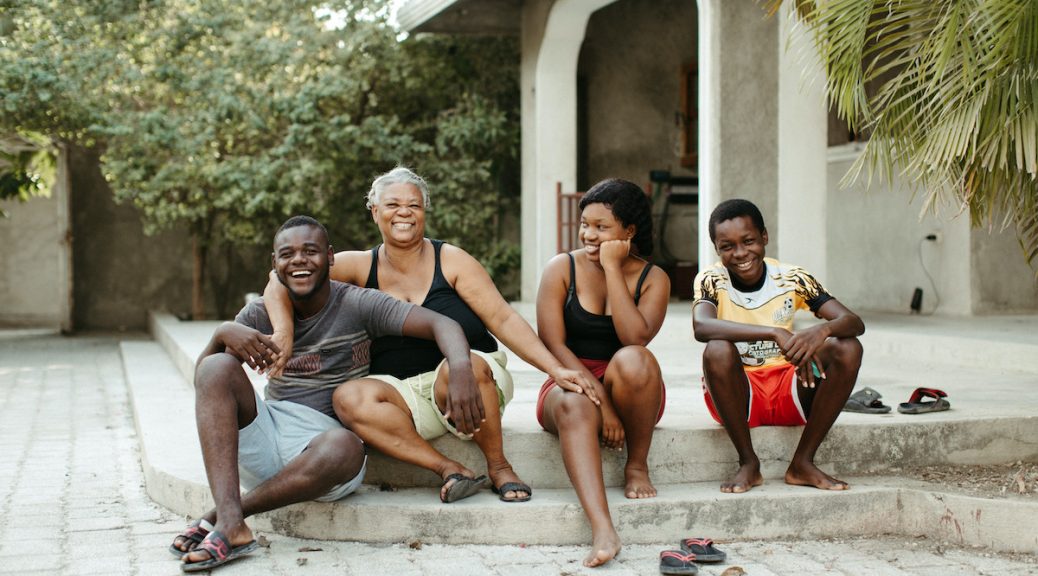 Certainty has all but dissipated entirely over the past 365 days as COVID-19 has collectively challenged our world in more ways than we could have ever predicted. We have all felt the gravity of change in the midst of a crippling pandemic, political tension, agonizing loss, and social upheaval. What began as a two-week quarantine following the outbreak of this disease has since crept into another calendar year.

Little did we know then just what was in store for 2020 — all the plans we would grieve, the moments we would miss, the celebrations we would cancel, and the people we would lose. I think it’s fair to say we have all felt the despairing weight of this unexpected and, dare I say, ‘unprecedented’ turn of events.

I remember reading the headlines last March; Haiti anticipates over 800,000 deaths from coronavirus. In a country with roughly 35 ventilators available to the public, the outcome was, at best, grim.

At this point, Haitians were well-accustomed to the realities of lockdown. Since July 2018 when the Petrocaribe scandal came to light, Haiti has faced an oppressive epidemic in the form of political strife. For nearly a year and a half, the country sat on edge, holding its breath for yet another wave of violence. And then, on the tail end of 2019, the island nation experienced one of its most challenging seasons since before the 2010 earthquake. From September to December, people were confined within the walls of their homes as violent unrest claimed the streets. Businesses burned to the ground as the value of the Haitian dollar collapsed within just a few months’ time. A decade ago, the world rallied around Haiti in support of its people. Now, their cries fell on deaf ears.

But by the grace of God, Haiti was spared by this. COVID cases have been shockingly low and very few deaths have been recorded. At last, a subtle reprieve.

I was able to spend three weeks in Haiti last month. It had been nearly a year since I had visited, the longest stretch of time I’ve been away since 2007.

Six now remain at Lighthouse and I can hardly even refer to them as kids because the truth is, they really aren’t. They are young adults on the cusp of another transition, one that will see them off on their own — Fedner and Kimberly are preparing for their final year of high school, the first to graduate. What follows next is still undetermined but this season of life teases its end. Johnny, the youngest, nearly matches my height and my mind wanders back to the early days of his life. How has time passed so quickly?

However, their physical growth is only overshadowed by all the other changes this past year.

Last February, Lovely transitioned out of the Lighthouse to live with Stephanie. Then came the unexpected loss of the faithful security guard, Jean Marc, a death that was mourned by all who knew and loved him, particularly Odette. They were not family by blood but they were by bond and she still refuses to speak of the void he has left. In the summer, Scindie took a job offer in the southwest and said goodbye after six unforgettable years of committed service and love. So much was accomplished by her guidance, wisdom, and care. She, too, was a part of the family.

Then, just a few months ago, Adriano moved out to live with his older brother, Sonson, and his family. Another dynamic shift.

The weight of all the changes and the heaviness of a 2020 fraught with so much trouble could be tangibly felt as the six who remain at Lighthouse recounted their 2020.

“The way I would summarize 2020,” said Kimberly, “is that it was a year of trouble. COVID-19, fear from the rise in kidnappings, social-political issues, not being able to go to school for several months, and this year so far for two weeks…

“The problems are so frequent,” she concluded, “they don’t leave room to think of good things that may have happened in my life.”

“2020 was not the best year,” echoed Anne Marie. “I got sick with fever 3 times, and it was so stressful. One of the good things that happened in my life was that I was able to go to the camp that our church organized in the month of February even though there were kidnappings.”

Johnny recounted that 2020 started with joy, but “COVID-19 shut everything down and brought stress. Afterward I was so happy to go back to school.” He did point out that throughout the year, he loved playing soccer.

Johnny’s brother, Peterson, said, “things were a bit tough, but we made it through. Praise God I was still able to take my government exams this summer because school reopened.” (He passed the government’s 9th grade exams on his first try—way to go, Peterson!)

“2020 was a year of courage, resilience and love,” said Fedner, ever the optimist. “It was not an easy year because of COVID-19 and the social political issues we had to go through. But one of the best things that happened in my life is that I became more focused on learning how to shoot video. A friend of mine just invited me to shoot a video that he is working on. I did it the way he wanted me to and that was a success.”

Finally Robenson, the oldest, looked back at 2020 with mixed feelings.

“On one hand, 2020 was the year that made me stay home more and spend more time with family at the Lighthouse because of COVID-19,” he said. “On the other hand, I did not like the feeling of being confined.” He is thankful for the recent return to school after February’s school closures, so he can get back to school soccer.

Change is inevitable, but it doesn’t make it any less hard. With every departure, every transition, what once was will never be the same again. Perhaps the internal conflict of wanting to stop time comes from this subconscious awareness that life waits for no one. We learn that some goodbyes are temporary, and others, eternal. The rhythms of familiarity disrupt in an instant as we learn to navigate through this uncharted territory, sometimes with grace, while other times, fumbling one foot in front of the other. I think we can all resonate with this reality, while also praying that 2021 brings a little more steady path for the Lighthouse family to walk along together.