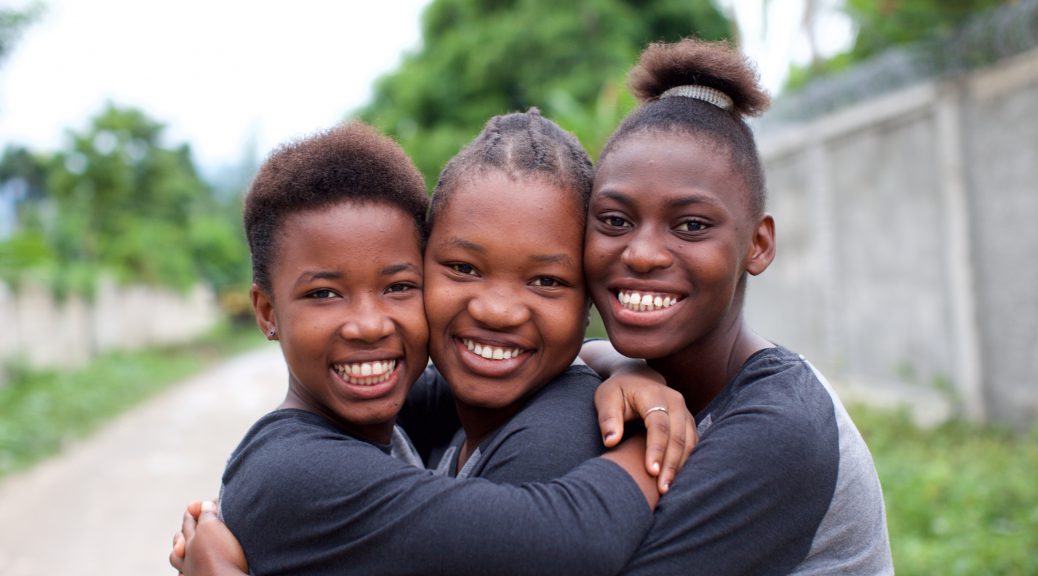 It is hard to fathom that another year has come and gone at the Lighthouse Children’s Home—a year of transition, of change, of celebration, of heartbreak, of restoration and of hope.

Each season has been marked by an unsaid theme as we learned different lessons marked by different events, as we rejoiced in the good and questioned the not-so-good. And yet, despite the way things have changed over the course of time, God continues to make His plan evident for each child who calls the Lighthouse home. Even in the midst of human nature, of failed plans and unaccomplished goals, God is gracious and upholds His promises to love those He calls His.

Sometimes I find it difficult to even call them kids anymore as several have now outgrown me. I now look up to Fedner who once reached just to my shoulders when I met him four years ago, and Kimberly, who was a little girl only yesterday, now entrusts me with the burdens of her teenage heart. Christmas and birthday wish lists are no longer filled with toys, but trendy new shoes and clothes with “swag.” I laugh as I even type those words—aren’t those normal desires for any teenager just trying to fit in?

But 2017 cannot only be recognized for the change in the kids’ physical growth or their delightful mood swings. We also said goodbye to Gervens in February, just after his 14th birthday, as he transitioned home to live with his biological parents, seven years after being separated from them. It was a bittersweet end to his chapter with us as Gervens truly brought light into the home. I miss the days of hearing the sweet sound of his keyboard from his bedroom, of playing alongside him or teaching him a new chord progression. I know the kids deeply miss his presence, some specifically more than others, because he was not only a friend, but a comrade, a companion and a brother. Even though we miss him daily, what victory to know that he is now content, and where he wanted to be—he is home. Gervens still visits from time to time, spending the night on occasion, but he is always ready to go back to be with his family, reassurance that this was, indeed, a part of God’s story for his life. We continue to be able to support him by providing for his education at a special needs school in Port-au-Prince.

Ricardo also found family, but of another kind. Due to his special needs, we always knew his future as an adult would look different. He would forever need assistance. But, we also knew he would need love. Through what can only be described as divine orchestration, Odette, the primary caregiver at the Lighthouse, offered what she could—her family. Her son and his wife willingly agreed to take Ricardo into their care, and Ricardo, understatedly, flourished. For the first time, I experienced his true joy because, in his own words, he felt valued and loved—an answered prayer. Ricardo’s mark on the Lighthouse is irreplaceable not only given his infectious smile and warm personality, but because he was also the first to join the home in 2008. God has proven that He never forgot Ricardo and that His love for him transcends the plans any person can try to make on his or her own.

This year, the kids also explored and discovered new interests and hobbies. Johnny most recently took to art, drawing on scraps of notebook paper, recreating designs and sketches he sees in picture books around the house. Anne Marie, with her older brother and sister, recorded a song at a local studio, dedicated to her late parents and her family. Fedner was drawn to music, specifically the guitar, as he has always loved to sing. And just this past month, Bony requested drum lessons from his friend who plays in the band at church.

The kids also traveled, with three big trips this year to Cap-Haitian, the second largest city on the northern coast, Jacmel, the beach town on the southern coast, and Les Cayes, the city along the southwestern coast that was devastated by Hurricane Matthew in October 2016. We learned about Haiti’s deep historical roots while visiting The Citadel, built by Henri Christophe in 1820, one of the largest fortresses in the western hemisphere, while also simply enjoying time together. For the third year, the kids attended Bible camp in Jacmel for two weeks. And finally, in Les Cayes, they had an opportunity to engage spiritually in fellowship with one another, a retreat to remind them their value and worth lies in Christ.

Of course, the year concluded with my departure from Haiti, a decision for which I had been preparing physically, but truly could not have emotionally. It was a hard goodbye, or “see you later,” as we like to call it. I will deeply miss friends who became family. I will deeply miss the kids and the staff who took me in as one of their own. I will miss everything about it, every single day, but am confident those who were always there with me—Odette, Stephanie, Scindie, Jean, Erlange, Nellie, Wadson, Sanon and Jean Max, all of the adults who constantly pour into the kids—will continue providing a network, a support system, and a source of love.

Thank you for your continued support so that the Lighthouse can be a place of refuge, safety, comfort and hope for these children and teenagers. Thank you for being a part of this team. On behalf of the Lighthouse, I am deeply humbled that you choose to walk with us in this journey.