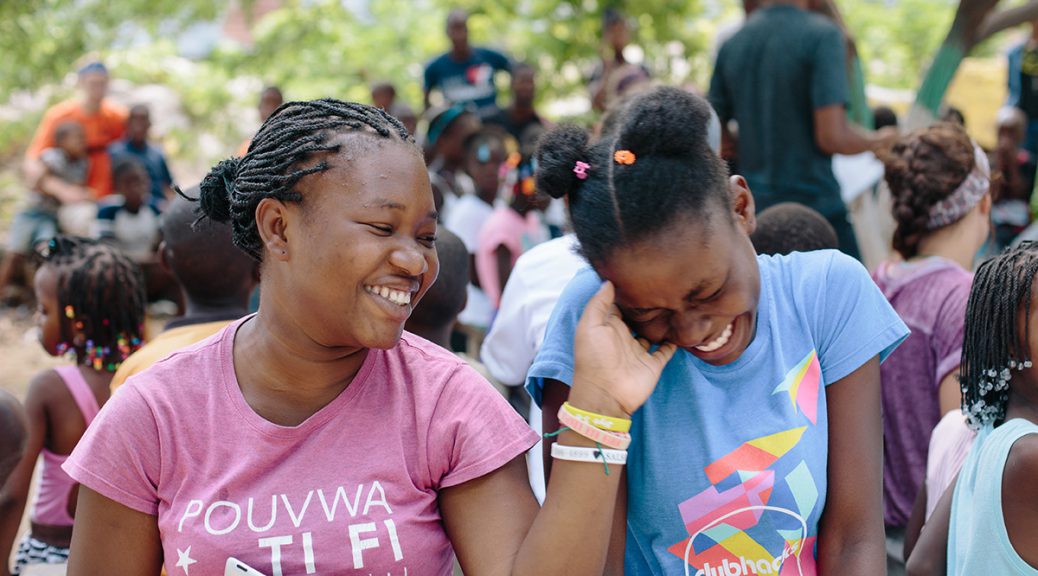 As she quickly approaches 16, it is hard to believe the young girl who first came to Lighthouse has blossomed into a young woman—a young woman who possesses qualities of kindness and gentility, but also of fire and spunk.

She was just 8 years old when she lost her mother, forcing her to uproot a life that to her was normal and comfortable and settle into a place both foreign and scary.

Kimberly, who was once lost, has found new life and become an irreplaceable part of the Lighthouse family.

She is the oldest of the three girls at the Lighthouse, and often takes the responsibility of leading them—emotionally, spiritually and academically. She has a maturity about her unlike others her age, and, most of the time, is confident in who she is and who she will become.

As demonstrated by her close bond with Mama Odette, her caregiver, Kimberly craves affection and attention. But Manmi Dadet, as she is affectionately known, has become much more than a physical protector and provider. She has embraced her role as Kimberly’s mother, offering her advice, consoling her in sadness, and rejoicing with her in gratitude. Without having to be asked, Kimberly is always first to volunteer in the kitchen, helping Odette grate the coconut, peel the potatoes and chop the onions.

Kimberly longs to be needed, often reflected in her relationships because she struggles to know she is loved—perhaps due to the trauma she was dealt and continues to experience from losing her mother, or maybe as a result of a nonexistent relationship with her father who doesn’t care to know her. She has welcomed many people into her life, many of whom have also walked out. To say goodbye so many times would take a toll on anyone, but even more so a child.

But recently, I witnessed the most tangible expression of her heart. In June, the Lighthouse helped me celebrate my 25th birthday. While I didn’t expect anything special, it is always a gift to be with them on this day. Kimberly had, for a couple of weeks, been distant. She didn’t greet me when I came over, nor did she grace me with her hugs which she does so often. She glared in my direction rather than smiled, and chose to build a wall between us. I didn’t need any gifts for my birthday. I just wanted everyone to be happy.

When we finished dinner and ate our cupcakes, the kids began to place gift bags in the middle of the table. Immediately I was overwhelmed. There was not just one bag, but several. I began opening the gifts, each incredibly thoughtful, things I had forgotten I had once I asked for.

Kimberly slid a bag in front of me. This is from me.

As I began to remove the tissue paper, and her gift was revealed beneath, tears filled my eyes. Kimberly and I both love to shop for secondhand clothing on the streets to see what treasures we can find. She had bought for me a romper, one of my favorite items, from one of our regular spots. Despite her frustration and anger toward me, she gifted me something from her heart, one of the best gifts I have ever received.

I love this about Kimberly. I love the way she loves others well. Despite her pain, she always chooses forgiveness, God’s greatest gift to her. She chooses what her society often deems as weakness. She forgets what is behind and presses on toward what is ahead, always in love, always in grace.