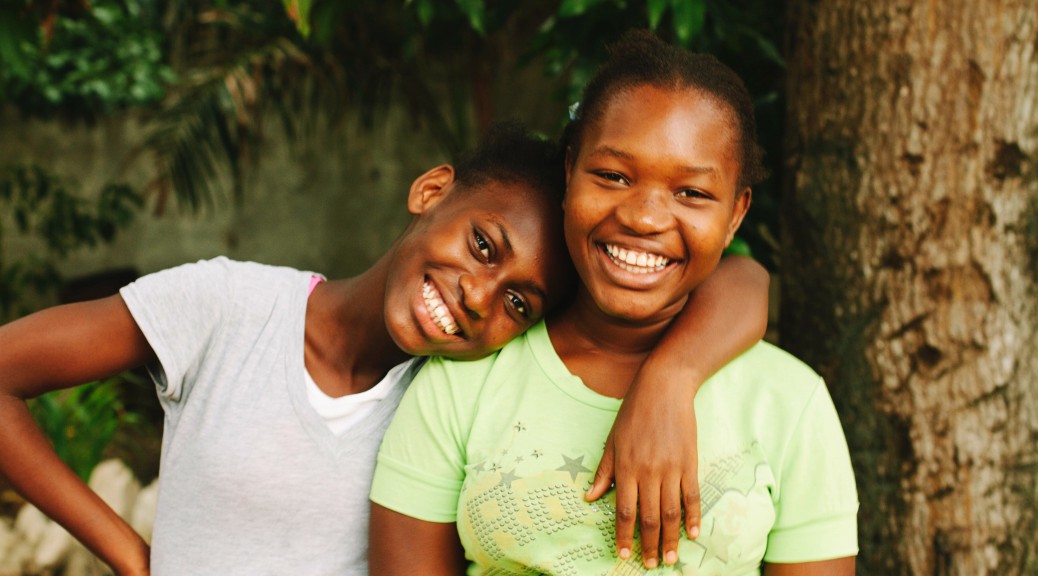 She is fourteen years old today. She is lovely and kind. She is helpful and gentle. She is generous and sweet. Sometimes, she is feisty. Sometimes, she can be harsh. And sometimes, she has the worst of all attitudes. But above all, she is beautiful. Her name is Kimberly and she has lived at Lighthouse since January 2010.

She grew up in Cabaret, a town up the coast from Port-au-Prince, with her mother and older brother. She attended school at Grace Emmanuel, where her mother worked as a cook. She was happy and she was loved.

But on January 12, 2010, the horrific earthquake struck Haiti. That afternoon, when Kimberly returned home from school, her life was forever changed. Her mother was visiting a sister in a hospital in downtown Port-au-Prince that day, and the hospital collapsed and killed her. Kimberly could never have known she would lose her beloved mother that day, but it marked the beginning of a new chapter in her life, a chapter that would bring hardship, sadness, and struggle.

Almost five years later, Kimberly has grown into a young woman, no longer the little girl she was on that day in 2010. She is like most teenagers. She has a lot of friends, who sometimes cause drama. She wants to fit in at school. She likes to paint her nails and wear nice clothes. She can be moody and emotional. But there are glimpses of pure promise.

It’s a Sunday afternoon, and the kids have come over to play. Kimberly and I are outside in the yard. I have my camera in hand and I snap a few photos of her as she poses. She rarely likes having her picture taken because every time she sees one, she tells me she’s ugly. And no matter how hard I try to sway her opinion of herself, she never believes me. But I continue to take photos for as long as she will smile.

When she is finished, she walks over to me and pulls the display screen toward her so she can look. And as I flip through the photos, I see a small smile form on her face.

Her eyes don’t divert from the screen, but she whispers to me, I am beautiful.

Suddenly, she stops me on one and she gazes at it intently. Her eyes don’t divert from the screen, but she whispers to me, I am beautiful. She settles on this image for a moment, and then continues. Some photos she approves of, some she does not. But here, in this moment, my heart is full because even if she will change her mind later, right now, she knows she is beautiful.

She wraps her arms around my waist and gives me a kiss on my cheek. She is finished for the day, and I don’t know when this chance will arise again. But I hope that as I, and so many others in her life, remind her of who she is, she will begin to believe it.

Kimberly is strong and I have faith in her journey as it continues to unfold. This is just a chapter in the great story of her precious life. I can’t wait to see what God is writing for her next.