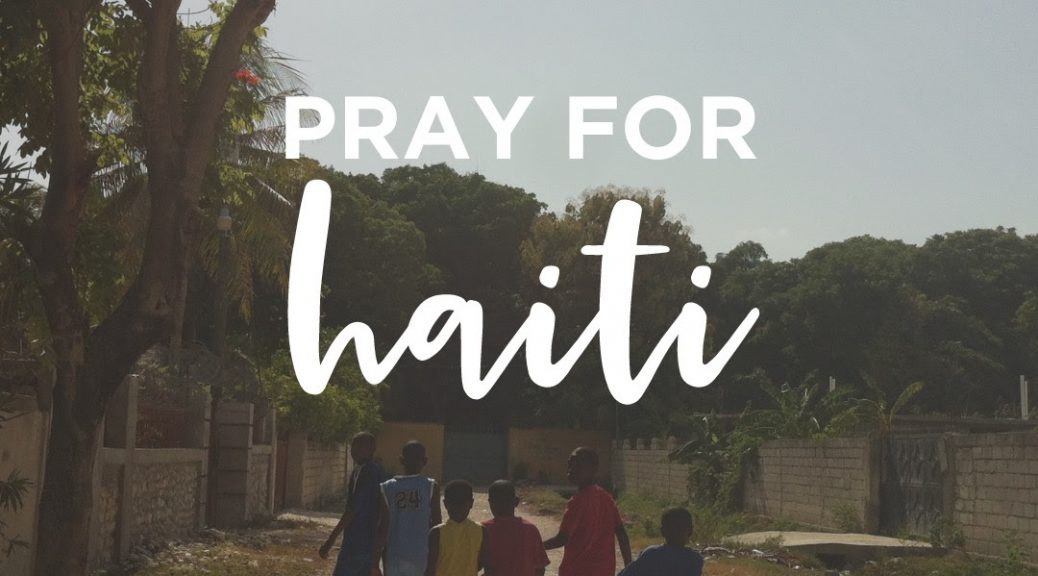 Roger Carole, JiHM’s director of operations, has lived in Haiti for most of his 42 years.

“It’s never been this bad before,” he said.

Earthquakes and COVID-19 aside, the biggest issue that overwhelms Haiti right now is rampant insecurity. It threatens to unravel any sense of normalcy for the millions of people just trying to live a normal life in a country where normal has never meant easy.

The presidential assassination in July and now the brazen kidnapping of 16 US citizens and 1 Canadian earlier this month have brought Haiti’s insecurity problem into the international spotlight. Gangs have abducted at least 628 people this year, a threefold increase from 2020. Several hundred gangs operate in Port-au-Prince. Haiti now has the highest kidnapping rate per capita in the world.

“If God was not at work right now,” Roger said, “every place in Haiti would be overrun with gangs, because the police cannot hold them back.” He shared about a day earlier this month when even the Prime Minister couldn’t travel to a location to commemorate a national holiday because the gangs were there.

“There’s no one that could stop those guys,” Roger said. “They can do whatever they want. So why don’t they just take over every place? It’s because God is at work.”

How does the insecurity affect JiHM?

The two villages that border JiHM’s mission property, where both Grace Emmanuel School & Victory Bible Church are located, are much quieter than Port-au-Prince, but still close enough (~13 miles) to not be completely removed from the violence. The few staff members with required travel to Port au Prince are much more at risk, and JiHM staff have been robbed twice at gunpoint after withdrawing money from the bank for ministry purposes.

JiHM has occasionally been threatened by opportunists posing as gangs, both at the school/church property and at the Lighthouse, but no threats have materialized.

While physical violence is not the most imminent threat in the area, the residual effects of that violence are keenly felt. Transportation strikes (organized by truck drivers who are understandably tired of being attacked by gangs on their routes) disrupt supply chains for basic products and force schools and businesses to close. Recently gangs took over the country’s main fuel reserves, closing gas stations across the country, halting ground transportation, and making the cost of a gallon of fuel at the market skyrocket.

But perhaps the greatest effect is the toll these last few years have taken on the spirits of those JiHM serves, who live in constant anxiety over what the next day will bring. One of the students summed up the despair best when she said, “I’m alive, but I’m not living.”

How can we help?

For all of us watching the news at a distance outside of Haiti, it can start to feel hopeless. We feel at a loss to bring hope to the brothers and sisters we love in Haiti. But Roger says we still have work to do.

Roger is confident that God has a plan for this situation. “He’s not going to leave us in this forever,” he said. But, he says, lasting change is going to take changed hearts.

“Our biggest prayer is for God to help us rebuild the country. Rebuild the government with new hearts. The Bible says we need to take out our rocky heart and replace it with a fleshy heart. That’s what we need in Haiti for our people, and for our leaders.”

Though JiHM may not play a role in the politics of a nation, Roger and the rest of JiHM’s staff are committed to being faithful in the business of changing hearts.

As he goes about his daily work, Roger says he’s not afraid of kidnappings or fuel shortages or unending political instability because God is still on the throne.

“When you come to God, God doesn’t say he’s going to keep you safe from everything,” he said. “We will have tribulations. But we take heart, because He’s already overcome. It’s because God is at work that Haiti is not totally overrun. We may not hear Him saying something, but He’s at work.”