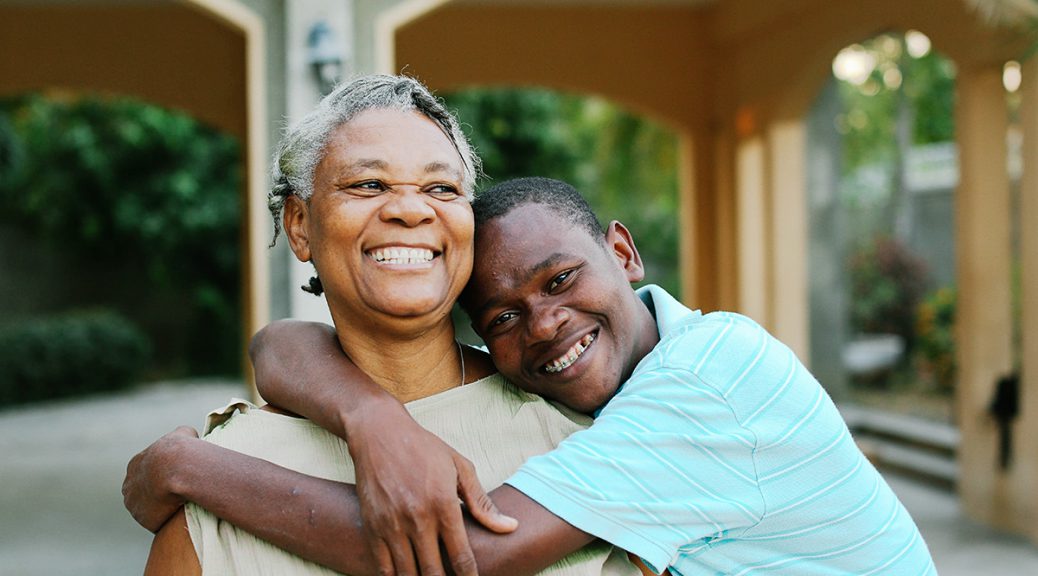 Odette. This isn’t the first occasion in which I am writing about my affinity towards her. She encompasses love. All who are privileged to not only meet her, but also to spend time in her presence, could attest to this. She is a woman who embodies strength and passion, patience and perseverance. She has faced many battles, some she has lost but others she has conquered victoriously. She is feisty and fiery, and yet incredibly gentle and kind.

The kids at the Lighthouse have faced much instability in their short lives. But Odette has been a fortress of security for them. She has proven her commitment time and time again. When so many have walked out, Odette has remained. And despite the ways in which the kids ruffle her feathers, test her patience, and push her over the edge, she faithfully loves them without condition.

It was on the evening of her birthday celebration that I was reminded just what she has meant to the children who have been placed in her care.

On March 6, after we sang and celebrated, after we enjoyed cupcakes, and after Odette opened her gifts, we each took turns sharing what it is we love about this woman who is so dear to us.  She is a mother, a mentor, a sister in Christ and a friend.

We do this at birthday parties—encourage one another. It flies in the face of the surrounding culture, where people often tear each other down without even a second thought. I love to see the kids using their words in such beautiful ways.

Robenson expressed his gratitude for Odette. The oldest of all of the kids, he explained how Odette has been a mother to him since his own biological mother died seven years ago. She has since filled that void he was experiencing after his loss. He loves Odette because she loves him, not because she had to, but because she chose to.

Johnny remarked of his admiration for her. He told of the ways Odette has always been there for not only him, but for all of them. She gets up early in the mornings to make sure they are fed before going to school, even when she is tired. His detailed response was evidence of his appreciation for her.

Kimberly, perhaps the closest to Odette of all of the kids, beamed with pride and emotion for this woman who has become a mother to her. Kimberly lost her own mother in the earthquake, and Odette is the one who has been there for her since, a confidant and a listening ear.

I watched Odette’s face as the kids shared with her these rather vulnerable statements of affection. They truly love her, just as she loves them. I often remind her that God knew she would be the one to fulfill this role. To be in her position can feel daunting and exhausting. To be a mother to so many children is no easy feat. But she has accomplished much during her years with them. I thank God for her daily. I thank Him for the ways in which He prepared her for this. I thank Him for the strength He gives her, and the strength He will continue to give her as she presses on.

We love Odette for all of the ways she illustrates God’s love to us. She is truly a gift to all.