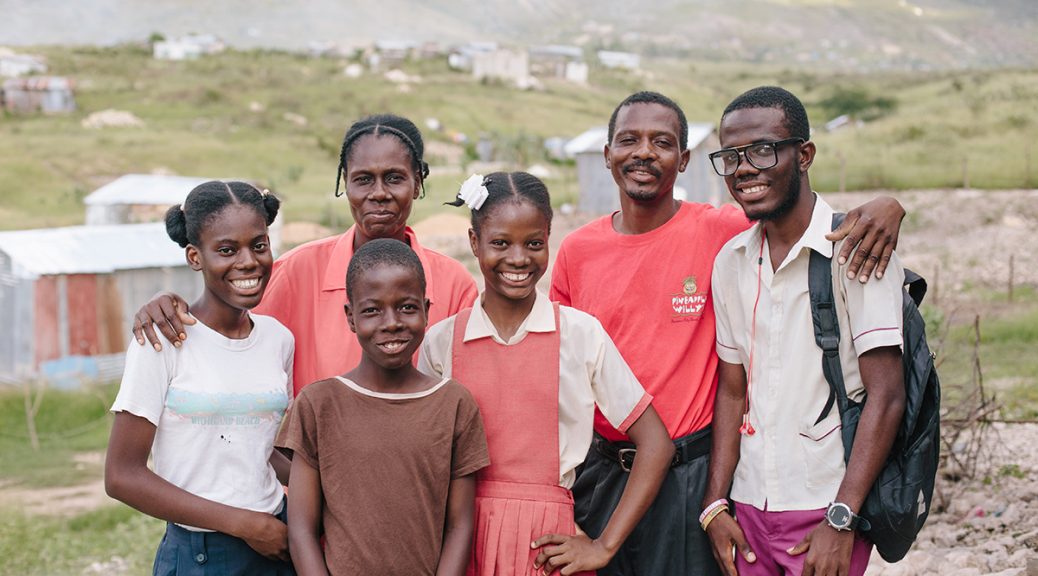 For the last five years, two seniors at Grace Emmanuel School have watched their mom grow sicker and sicker.

In 2015, Byly and Shooby’s mom, Carol, was diagnosed with fibrosarcoma. After two botched operations at mobile medical clinics, their mother slowly transformed from a strong woman who worked tirelessly as a seamstress to provide for them to a broken woman in constant pain.

“Our life has become very complicated,” said Byly. “We have practically no house, and sometimes it is difficult to find enough money to pay for transportation to come to school. If she was not ill, she would be doing so much to care for us, and everything would be different.”

Fear began to overtake the family. It was difficult to see their mom that way, slowly losing the energy to do any of her normal tasks.

Meanwhile, in November 2018, Shooby’s sponsor came to Haiti with a team from Life Pointe Church in California. On the afternoon when the team visited Shooby’s family, Grace Emmanuel School’s nurse, Marie Lyne, happened to be along.

It was this initial connection between Marie Lyne and her family that made Shooby feel comfortable enough to reach out for help a few months later when she could no longer handle her mother’s suffering. Recognizing the anguish in a daughter’s eyes, Marie Lyne returned to their house for a consultation and realized how serious the cancer was.

As a nurse trained in Haiti, Marie Lyne knew how to track down the right doctors, clinics and hospitals to find better care for Carol. Through country lockdowns, gas shortages, and dead ends, she continued to work to bring healing to Carol and respite to Shooby and Byly who worried deeply over their mother’s health.

“When we heard that she could have another operation so that she could get better, we were happy there was a solution,” said Shooby, “but we didn’t know how to get the funds necessary for the operation. God heard our prayers and sent Marie Lyne.”

In February, Marie Lyne was able to bring Carol to the University Hospital of Mirebalais (a hospital funded by Partners in Health) for her third, and hopefully final, operation. She is not yet fully recovered, but the doctors say she is doing much better.

“It is a relief for us not to see her suffering as much,” said Shooby, “even if she will not be as strong as before or able to resume all her activities.”

Countless people in Haiti are faced with fairly simple medical issues that will not be treated because of a failed health care system, considered the worst in the western hemisphere.

Without an advocate like Marie Lyne to navigate the system or an organization like JiHM to provide payment up front for doctor consultations, medication, and procedures, the vast majority of Haitians will not find, or even seek, the medical care they need.

Over the last several years, JiHM has seen the effects of this broken system play out over and over.

Being part of the solution

Every year, JiHM works to improve the health education and medical support we can provide to the families we serve, though we have far to go.

Our school nurse continues to work with students‘ families to educate on basic preventative measures like hygiene and good nutrition. She encourages parents to contact her when medical issues arise and not wait until it becomes a crisis.

Additionally, over 47% of students at Grace Emmanuel School say they want to be a doctor or nurse when they grow up. Though we are yet to see our first graduate working in the medical field, thanks to the continued direct support of her sponsor, one former graduate is currently studying to become a nurse.

We pray many more will follow in her footsteps, including Shooby, who hopes to be a doctor.