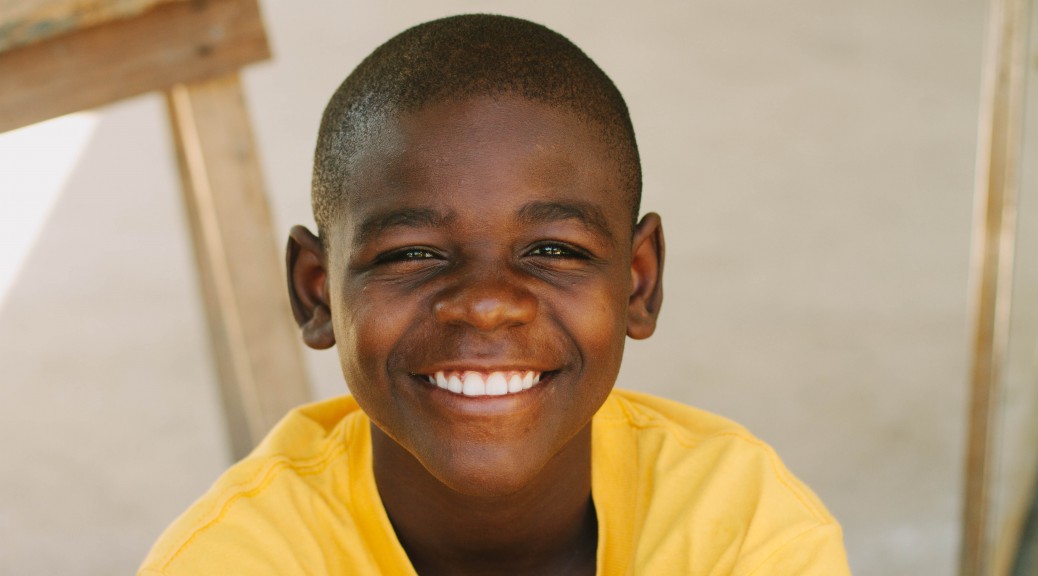 His story begins as so many others—in a broken family.

Throughout the first several years of his life, he is shuffled from home to home in different parts of the country, living with different members of his family. And so he grows up in an environment that lacks stability and consistency, with no place to call home.

It is early fall of 2013, and Fedner moves onto JiHM’s mission property to live with the caretaker of the property, because his parents have died in the earthquake and his uncle, with whom he was living, can no longer take care of him. Visitors come and go through the gate of the property, and at the end of the school day, all of the students return to their homes nearby. But every day, Fedner is left alone, sitting on a bench by the gate, watching his friends leave. Months pass and his situation remains the same. It is heartbreaking to witness.

In May, the Lighthouse kids take a trip to the beach. The only interaction Fedner has had with them thus far did not go so well, but they have seen one another at church since then, and it seems perhaps this time might be different. Fedner climbs up into the truck with all the other kids, and remains silent the entire ride to the beach. I worry this isn’t going to go so well. But shortly after arriving, the kids are having the time of their lives, laughing and playing together as if Fedner has always been a part of the family. At the end of the day, Adriano even asks if Fedner can spend the night with him.

Unfortunately, Fedner’s story continues with a few other twists. Shortly after the beach trip, Fedner’s parents, who had supposedly died in the earthquake, come into the picture. They are both alive, living just across the road from the mission property. Yet after multiple visits with them, we sadly realize their ability to provide parental nurture and care is nonexistent, perhaps because Fedner has not only been physically removed from his family, but also emotionally. There is never an easy answer.

After many tears and a lot of prayer, we decide the Lighthouse is the best option for Fedner. During the first week of July, he is welcomed home with outstretched and loving arms.

Since then, life with Fedner has been a roller coaster journey. Fedner carries many deep hurts from his past that often come out in his behavior. It will take time for him to heal. But Fedner is smart, he is kind and he is incredibly compassionate. Someday, he has dreams of becoming a pilot.

One truth remains constant: Fedner is chosen by a loving Father who will never leave or forsake him, and that makes this journey worth it.

And the greatest turn of redemption happens after church on November 9, when Fedner prays with Pastor Derson and dedicates his life to following Jesus.

In a young life so marked by constant change, one truth remains constant: Fedner is chosen by a loving Father who will never leave or forsake him, and that makes this journey worth it.