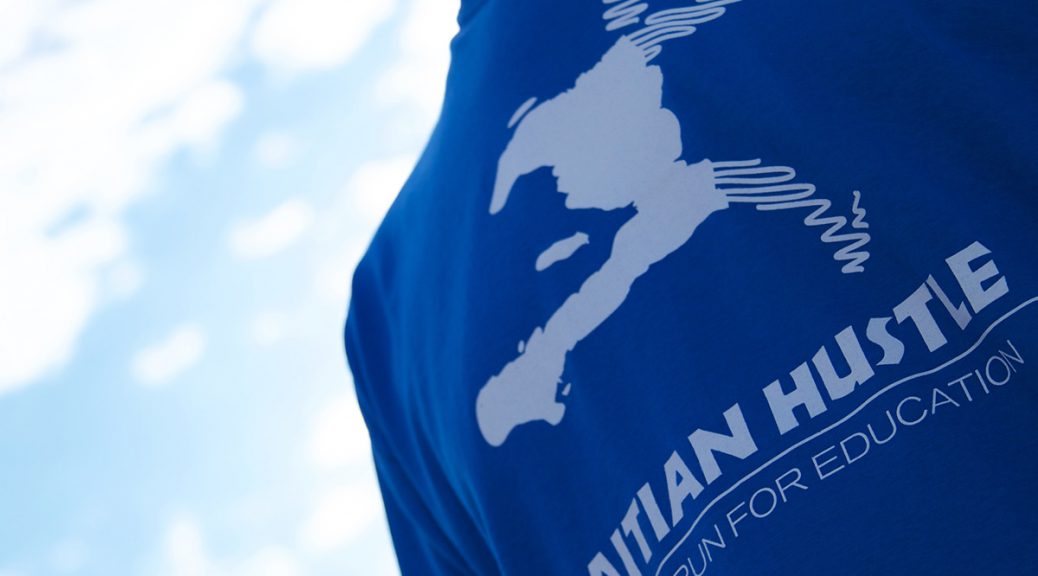 It started as a way to help cover tuition for a handful of kids and young adults that Dawn Bengtson met on her first trip to Haiti in 2010.

Eight years later, the Haitian Hustle now takes place in three official locations, with a multitude of runners from all over the United States taking part in the virtual Haitian Hustle.

Not only will that amount cover the cost to send 8 teenagers from the Lighthouse Children’s Home to school this year in grades ranging from 8th to 11th, it will provide the majority of start up costs for a new year for 375 students at Grace Emmanuel School. This includes expensive costs like replacing thousands of textbooks, purchasing notebooks and supplies, and performing general maintenance work to get everything ready for the 2019-2020 school year.

Since its beginning, the race has always been run in Haiti on the same day as Becker. The Haitian Haitian Hustle takes place on a busy highway ending at Grace Emmanuel School. Over the last few years, It has evolved from only including a group of young men who benefited from it to growing into more of a community event. Many Grace Emmanuel School students, teens from the Lighthouse, and community and church members all took part this year.

Give Hope Through My Hustle

In 2019, JiHM offered a new opportunity for more people to be involved in the Hustle whether they could take part in a 5K or not. Runners could create their own fundraising campaign and invite friends and family to donate to it to support the cause of the Haitian Hustle.

Josie, a 10-year-old from Wisconsin, used the new platform to give her 10th birthday away for kids in Haiti. With the help of her brother, she raised nearly $1000.

Save the date—10th annual Haitian Hustle