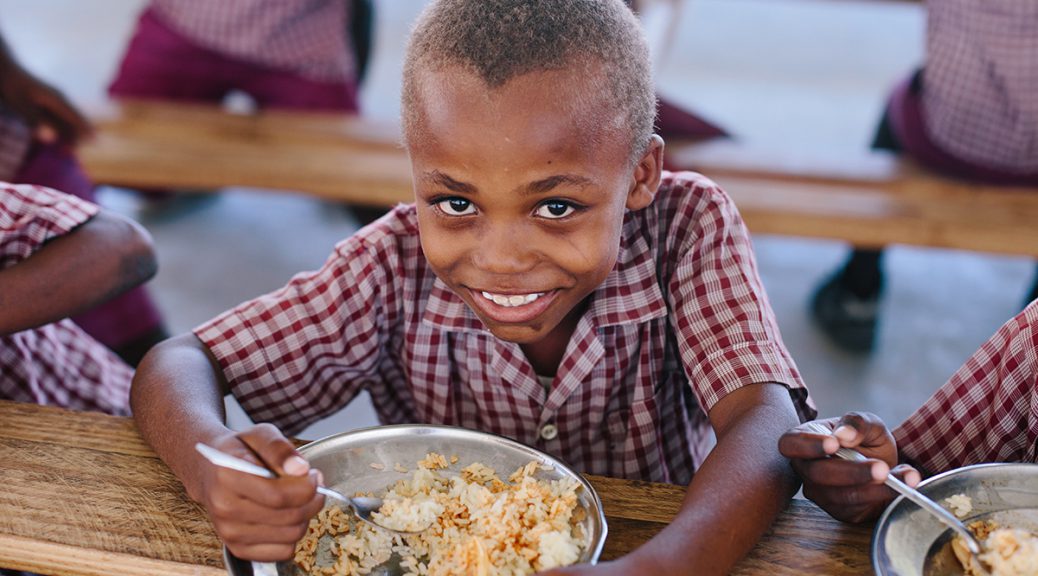 This summer, we asked students to name their favorite food to include as part of their updated bios for this school year.

Absent from the responses were all those beloved kid foods that we may expect from a similar survey in the U.S.—no peanut butter and jelly sandwiches, hamburgers, chicken nuggets, grilled cheese, or hot dogs. (Two sisters did both name noodles and cheese, but that was the extent of the love for mac & cheese among Grace Emmanuel School’s student body.) One lone student chose pizza.

Here is a look at some of the most popular dishes, with links on how to prepare them.

“Diri kole” is Haiti’s national dish. Rice and beans are the stars of the recipe, but the mixture of spices that goes into the pot before cooking the beans make this dish delicious, as well as filling. Think onions, garlic, leek, scotch bonnet pepper, thyme, cloves, and oil (and a little maggi—a chicken boullion cube that is a staple import from the Dominican Republic.)

This is served for lunch on Mondays (with chicken sauce) and Fridays (with fish sauce) at Grace Emmanuel School.

“Diri ak legim” is another flavorful and beloved dish. Don’t picture fresh, steamed vegetables in a stir fry. Think more a delicious stew of veggies and meat that has been simmering all day. Some of the vegetables included in this dish include “militon” (chayote, a squash-type veggie grown in Haiti), papaya (not the sweet kind), eggplant, carrots, and amaranth leaves.

This is served on Wednesdays for lunch at GES.

“Diri ak lalo” is rice cooked with jute leaves, a plant that is widely found in tropical areas in the Caribbean, Asia and Africa, but that may prove impossible for you to find at your grocery store. It is common in the Artibonite region of Haiti, where a handful of our students’ families are from.

A similar dish is served on Tuesdays at GES.

Here is a video recipe, spoken in Creole, but you can still get an overview of what’s included in this dish: https://www.youtube.com/watch?v=GK2_sGdofNk

“Mayi moulen” is a dish nearly as common as rice in Haiti. It is faster to make than rice and beans, and very filling. It is often served with beans or bean sauce on the side, and of course starts with a wonderful array of spices.

Cornmeal with fish sauce is served on Thursdays at GES.

Plantains look and grow just like bananas—but they are more starchy like a potato than sweet like a banana. For this meal, they are boiled and served with fish and onions.

A few other unique picks that were only chosen by one student each were cookies, dumplings, bread, Haitian stew, lasagna, and ragou. Five students chose either bulgar or millet, two grains that are commonly grown on soil that won’t receive enough water to support corn.

Spaghetti was also chosen by a handful of students, but don’t picture Italian spaghetti. Think spaghetti noodles with onions and spices and sometimes a sliced up hotdog, then mixed with ketchup and mayo for breakfast.