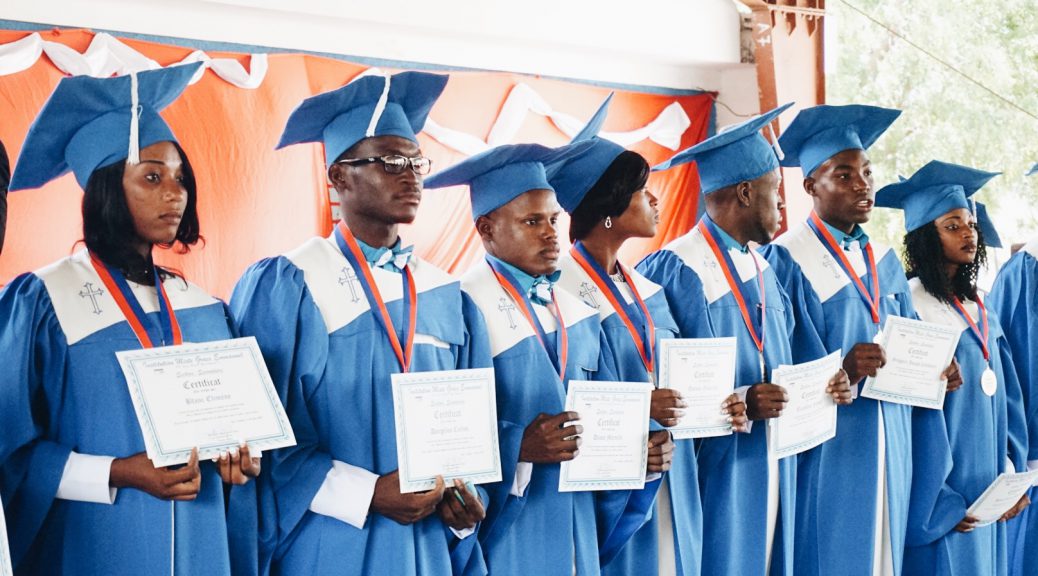 For this academic year, Grace Emmanuel School held its eighth kindergarten graduation and second Philo graduation since the school began in Source Matelas. 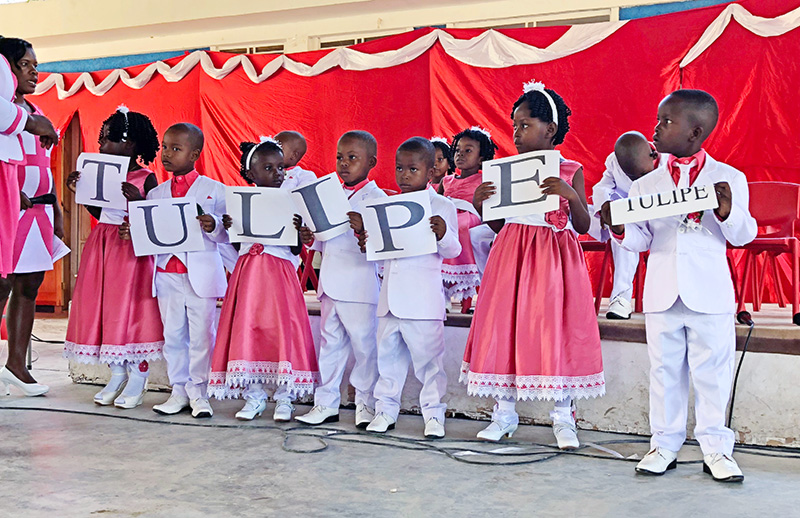 For kindergarten, we had 18 students graduate—10 girls and 8 boys. The graduation was named “Tulip” after the flower, and took place on June 20. It was a beautiful graduation with all the girls in pink dresses and the boys in white suits with pink shirts.

This year’s graduation recognized five superior students, contrary to past years which have always had just had one valedictorian. The valedictorians were Punjy, Damens, Evens, Amonvil, and Angela Ramona.

There were many beautiful dances and beautiful performances by the students. Everyone had a great time and was very satisfied with the graduation. We hope to have a similar graduation for 2018-2019.

For Philo graduation, we also had 18 students—8 women and 10 men. Their graduation was named “Paradigme,” which means a set of values, and a way a person sees reality and reacts to that perception. The graduation took place on June 23. The colors were blue and white.

The godmother of the graduation was Marie Jessie Felix, who is a director at the flour mill in Minoterie. The Godfather was Bruce Emerick, a member of JiHM’s Board. They both gave a beautiful speech with lots of good advice for the students, encouraging them to continue to prepare to face the difficulties life will bring. Both speeches were filled with lots of congratulatory remarks.

The president of the class was Chruvenson Sterling, who also gave a speech to thank everyone who contributed to their education. There were some remarkable performances by students like Alberte Toussaint, who performed a beautiful poetry slam that everyone appreciated. There were gifts, medals, and diplomas.

Following graduation, the graduates and hosts went to the Hotel Innovation in Cabaret for a reception. The graduates were very happy. We hope we will have another graduation like that again next year if God wills. 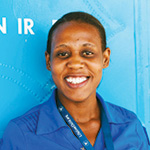 Maudeline Saint Fleur is the secretary for Grace Emmanuel School. Maudeline began at GES as a kindergarten teacher in 2008, transitioning to secretary in 2014. She is an invaluable member of the GES team, called by God to serve Him in this place. Maudeline lives with her husband and three daughters.