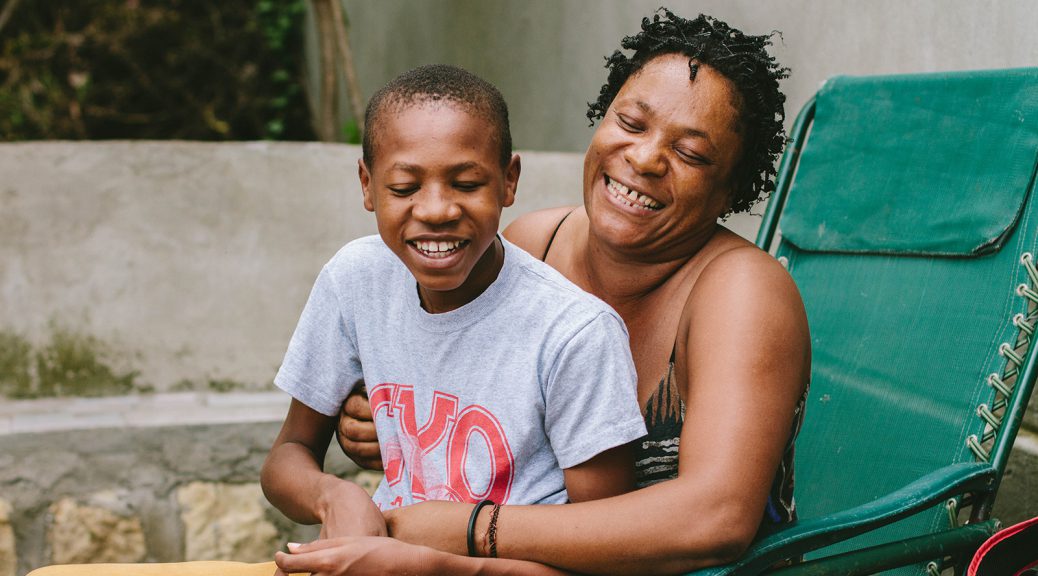 Gervens’ story of reconciliation—which has slowly unfolded over the past twenty months—has been a story of hope, of beauty, of encouragement, and of light. It has been one that has proven to me time and time again that despite the circumstances of this world, God is still good—all of the time. He took something which was broken, something meant for darkness, and made it into something beautiful—more beautiful than anything I could have imagined.

The construction of Gideon and Vivian’s (Gervens’ parents) home has officially begun, something they have long awaited. Years ago, they dreamed of building their own house, as Gideon is a mason, a creative visionary when it comes to construction. But shortly after breaking ground and laying the foundation for three rooms, a family member passed away. And as is common in Haiti, all of their savings was spent on the funeral, thus putting a halt on their dreams.

During a recent visit, we walk across the foundation’s gravel bed, envisioning how this future home will look and the purpose each of the three existing rooms will serve.

I had assumed they would want to wait until the project was complete to welcome Gervens back, but they again defy my preconception and plan to do what I could only hope. They are ready to have him back, just as he is ready to go home. The relationship between parent and child has been rekindled.

I am equally as amazed as I am humbled as I think about each of these moments—ordinary moments that are painting a monumental masterpiece. Just the other week, I collected the kids’ Christmas wish lists I had asked them to compile, wish lists that include items many teenagers in the States also desire—clothing, shoes, electronics.

But there was one item, which wasn’t written on paper, that caught me by surprise.

I noticed Gervens’ list was missing from the stack of papers. When he returned home from school that day, I called him over.

“Gervens, can you tell me three things you would like for Christmas?” I asked him. He smiled and told me he just wanted one thing, but he didn’t want any of the other kids to hear him. So I took him by the hand and we walked outside where it was vacant.

“Lauren, there’s just one thing I want. But it’s really big and it’s expensive, and I don’t know if you will be able to buy it. I want an oven for my mom.”

I was stunned. Here is a boy who has faced more adversity, more pain, more trials than I ever will in a lifetime, and yet he loves in a way that I still find difficult to fathom.

I love this story, I love the restoration of this relationship, and I love that none of it could have been accomplished apart from God’s perfect redemption.