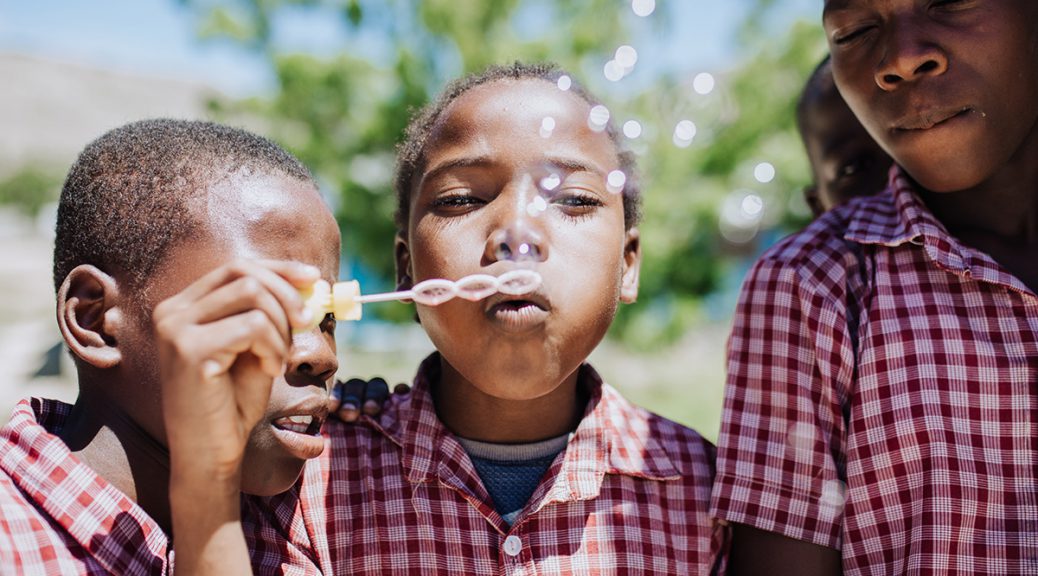 I recently had the opportunity to travel to Haiti on a scouting trip with a small team from a church. Through a series of divinely orchestrated events and God-appointed encounters with the right people, I was chosen to accompany three other individuals from the congregation—a staff member from one of their sites as well as a couple, two active volunteers.

Leading up to our departure, I was feeling anxious for a number of different reasons. For the past 11 years, I have only ever traveled to Haiti with JiHM. It has become more than just a destination. It has become my home, both literally and figuratively. I have seen the successes and failures through an intimate lens. And the people—they have become my family.

We were preparing to visit three different, substantially larger, ministries while in country. Though JiHM was not on the list, I would be in close proximity, and I hoped, perhaps, there might be a chance to connect.

We toured the grounds of these different organizations, listened to their visions, and explored their accommodations. I soaked in as much as I could, jotting down notes in my phone when something caught my attention.

Prior to this week, I had no idea how I would feel once I was there. Would I feel resentment? Jealousy? Would I covet the abundance these organizations seem to garner so easily?

On our second to last day, we were just a few miles from JiHM’s property, spending our final two days with the largest faith-based organization in Haiti. Despite my efforts to keep a low profile, it eventually came up in conversation that I had been connected to this country for quite some time. Our guide for the day, who had been serving in this particular area of Haiti since the late 1990s, surprised me by offering to take us by JiHM’s property, which he had never visited. Thank you, Jesus.

We stayed for no longer than 15 minutes, but it was those 15 minutes that made the trip what it was.

JiHM’s acreage isn’t necessarily impressive. The cosmetics of the campus aren’t anything extraordinary. Our resources aren’t exactly ample. But in this moment, I had never been more proud to be a part of this story.

I watched as Roger, our Haitian Operations Director, introduced himself to the group, briefly sharing with them our vision. I watched as the younger students ran up to greet us, and as our other national staff were busy fulfilling their responsibilities, the tasks that are rarely seen but those which keep ministry going each and every day.

We climbed to the yard of the school and shared how God had provided a beautiful building after years spent underneath post-earthquake army tents. I watched and I took it all in. Sometimes moments of grandeur don’t look grand at all.

It’s no doubt JiHM has been through valleys, some of which threatened to destroy the hope of its future. But to have been on the property of JiHM in the presence of this small team from a 50,000 member church and a leader of one of the largest, most influential organizations in Haiti was truly humbling. My heart welled up in gratitude to God, who has been faithful in a million little ways to this ministry.

He has always provided exactly what we need, exactly when we need it. There has never been a time He has forsaken this team of people, comprised of Haitians and foreigners who, together, are working toward one goal—glorifying God’s goodness in this journey.