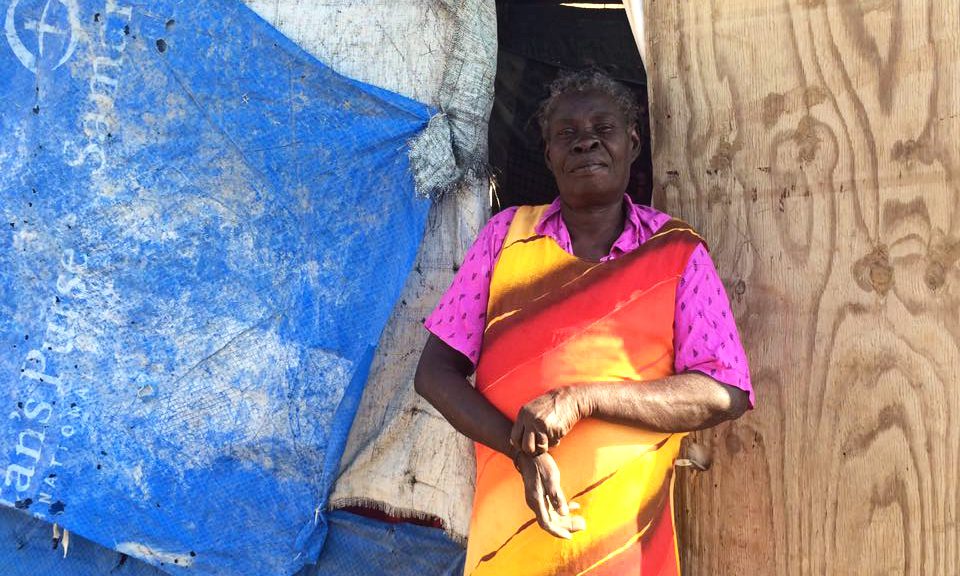 At the beginning of this year, the leadership of Victory Bible Church decided it was time to organize a more formal assistance program for those within their congregation with the most need.

“We have many elderly women who have no one to really take care of them,” says Roger, JiHM’s director of operations. “They come to church and worship when they are hungry. How can I preach to them about God’s love when I am full and they are hungry?”

While the church has always tried to offer assistance on a one-time basis when funds are available, there were certain church members who seemed to be consistently in need of help, and the pastors felt like they weren’t meeting the need effectively. So the leadership team identified 12 elderly widows and couples who were most in need of regular assistance. The team committed to visiting these families weekly and bringing food once a month.

“One of the ways people begin to trust God to take care of them is by seeing that through the church, God is sending people to bless them,” Roger says. “They see their prayers answered.”

Roger points to James 2:15-16, which reads “What good is it, my brothers, if someone says he has faith but does not have works? Can that faith save him? If a brother or sister is poorly clothed and lacking in daily food, and one of you says to them, ‘Go in peace, be warmed and filled,’ without giving them the things needed for the body, what good is that?”

Roger explains that this passage was the driving force behind starting the feeding program. “James says that faith without action is dead. You can’t really tell people God loves them and God will take care of them, while you have enough and do nothing to share. This is one of the reasons we had to start the feeding program.”

The food distributions began two weeks ago with a delivery to Vertulia—an elderly woman who lives furthest from the church.

On a Wednesday afternoon, Dieuvert and Roger loaded up the truck and headed north to Cabaret, turning right off the highway just after the bridge. After driving as far as the truck would take them, they parked and then walked for awhile, taking turns carrying the sack of rice. After a river crossing and a mountain hike, the pair finally arrived at Vertulia’s home.

“This was the first time we had visited her house. She showed us the path she takes to come to church,” Roger said, amazed at her persistence to make the weekly journey to worship. “Even though she has nothing, she is really faithful and really happy.” Roger mentioned his hope that a few missions teams can visit her this summer because she would love to have more visitors.

Vertulia thanked them—and God—profusely for the gift of beans, rice and oil. The portions they brought will provide about 15 meals.

The generosity of Celita

James’ admonition took on even greater meaning later that week when Roger and Dieuvert were delivering food to another widow on the list.

Celita lives alone on the hillside across from the mission (known to many past visitors as New Jerusalem). When Roger saw the rough conditions of her home, he was even more eager to share the food with her.

But Celita’s first response upon seeing the food was to begin to tell the men about her neighbor who was really in a rough spot. Her husband had recently left her for a younger woman after decades together, and she was living in tarps.

Without hesitation, Celita called over the woman and shared her new bounty.

By not hoarding her own meager supply, Celita demonstrated for the pastors the type of secure trust in God that results in true generosity—and redefines for all of us what it means to have enough to share.