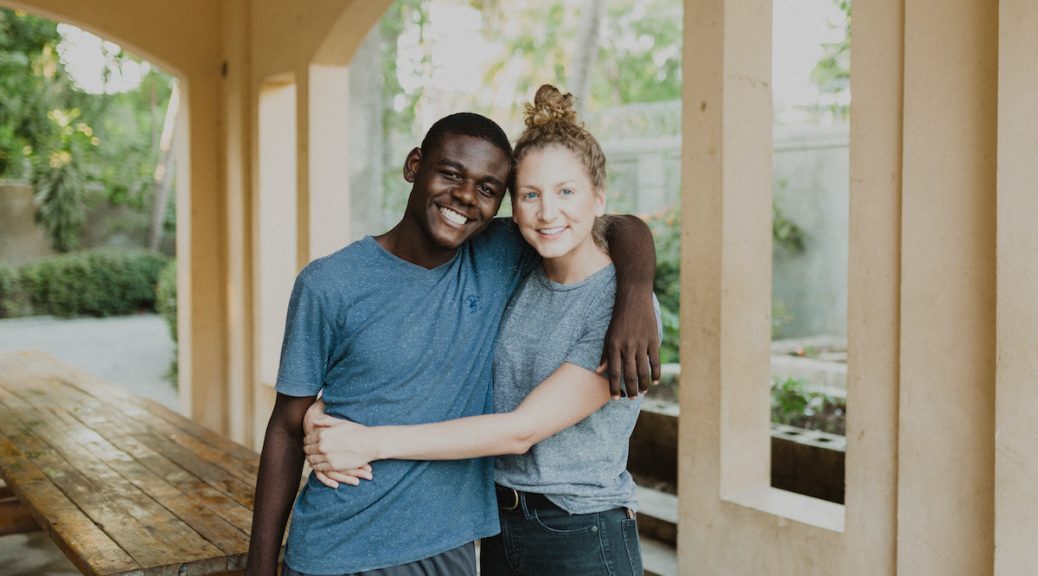 Somehow, over six years have come and gone since Fedner, who will turn 19 next month, came to Lighthouse.

It wasn’t an easy decision. And looking back, I still sometimes question whether or not it was the right one. At the time, he was living at JiHM’s mission property, in the little blue security building that has since become office spaces for the administrative staff. It feels like a lifetime ago, not only because Fedner has grown up in that timeframe but because of how much life has transpired since the summer of 2014.

I can remember the way he would sit on the bench beneath the tree just feet from the front gate, clad in his tattered school uniform as all the other students would depart from the property and make their separate ways home. But Fedner would stay, day after day, following the rhythms of a new routine of life on his own. He was on the cusp of his teenage years. And just like with anywhere else, being a teenager in Haiti is hard.

But despite his physical circumstances, he was so full of life, so full of energy, so full of potential. I suppose just as any kid is before the world taints his spirit.

He was smart and generous and kind. And he still is.

Sometimes I scroll back through photos on my phone to remember those early days when the top of his head reached just beneath my shoulders. Now, he stands much taller, far surpassing my own height. He isn’t a kid anymore. He’s a young man, just two years away from graduating high school, with hopes of pursuing a career in film, a hobby that’s filled him with a sense of dignity and pride.

I remember when I first met him he shared with me that he wanted to become a pilot someday, to fly all over the world. He’s always been a dreamer, with big ideas and great plans, imagining the possibilities.

But regardless of what he’s wanted to do or where he’s wanted to go, he’s always possessed a kind of courage that would intimidate most. I guess I never really realized it until I was reflecting on all he’s traversed and overcome in his short life here on earth. He’s never met a stranger and he’s never faced a challenge he hasn’t been willing to embrace with confidence. Even when life is hard, he manages to muster up the strength to push through and move forward. And it’s a quality I deeply admire in him.

There really are no easy answers in Haiti. Nothing is black and white. Problems often arise without clear solutions. It’s a complex country with layers of deeply rooted injustices that derive from corrupt systems. But I choose to believe that beauty can still be birthed from the brokenness. There is redemption, still.

Fedner is truly a gift and if you’ve had the privilege of meeting him, you’ve likely felt this. Though only a couple of years remain with him at Lighthouse, I hope and pray Fedner’s path leads him far, that he fulfills some of the dreams in his heart, that he recognizes just how capable and strong he is, and that he fights to maintain his sense of courage when the world crumbles around him.