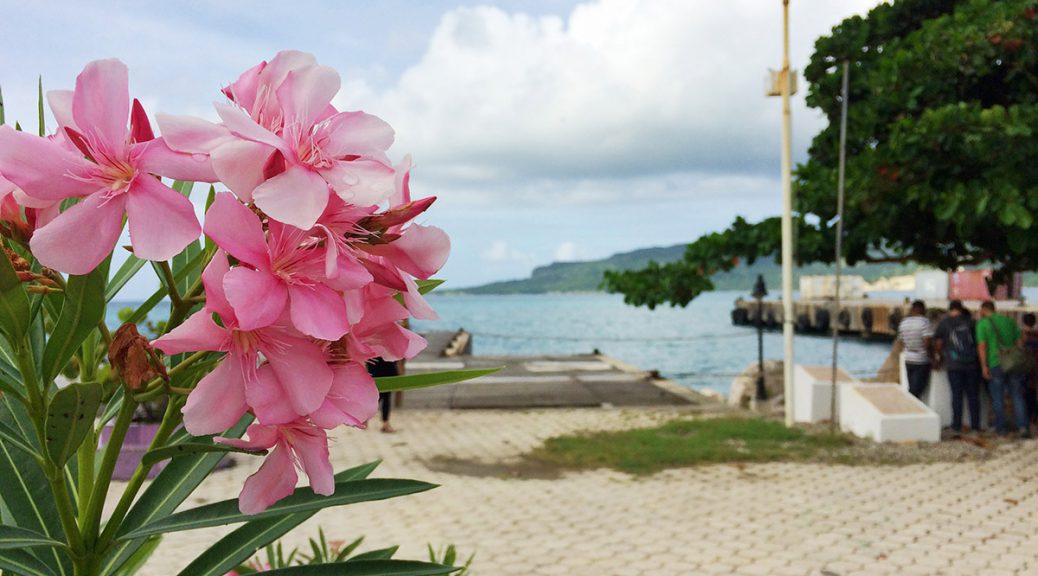 How is Easter celebrated in Haiti? What does Easter mean in your life? We asked a variety of voices connected with JiHM to write short reflections on what this day signifies. Enjoy this honest glimpse into Easter in Haiti, and have a wonderful weekend celebrating our risen Savior!

Easter is a holiday celebrated in every country of the world where the Word of God has arrived. Every country celebrates it in one way, but also according to its own culture.

The holiday is generally characterized by the events of the death and resurrection, the rising of the Savior who is named Jesus. While I study and reflect on the first Easter, I see that it is a holiday that should be very spiritual. From a Biblical approach, it is a divine holiday.

Nevertheless, in each place that acknowledges these truths, the holiday is celebrated very differently. Take Haiti for example. Haitians use this time to fly kites, eat white beans, red meat and fish, and to wake up early to go swim because the water is blessed. In the superstitious culture of Haitians, this is a day marked by lots of rules that older people tell us, like don’t hurt an animal, don’t cut a tree, etc.

To finish, according to what I’ve learned of this holiday, I can say it has become both a spiritual and cultural holiday.

From death to life, slavery to freedom

Easter! Before we talk about Easter, we must look to the Old Testament for what it means and what it signifies. The people of God were slaves in Egypt. The day God was delivering them, he told them to put the blood of a lamb on their door posts, so when the angel of death came, their firstborn wouldn’t die. On that same night, they found their freedom.

For Christians today, the lamb is Jesus who died for everyone. Under the blood of Jesus we pass from death to life. We who were slaves to our sins find our freedom in Jesus. We who were separated from God have been reconciled with Him.

If there wasn’t Easter, we would still be under the condemnation of God because on our own we can’t do anything to satisfy God’s justice.

All we can say is thank you Jesus, because He came to die for us in a moment like this.

The word for Easter in Haiti—“Pak”—comes from the Greek “PASKA” which means to pass over.

It is a holiday that began when the people of Israel were slaves in the country of Egypt. God saw their misery and sent Moses to deliver them, but Pharaoh didn’t want to let them go. In order for God to show Pharaoh his power, he sent 10 plagues on Egypt and the tenth and biggest plague was the death of the firstborn. For God to protect Israel from this plague, he told them to kill a 1-year-old lamb without defect and take the blood of the lamb and put it above their doors. When the angel passed through to destroy the firstborn, if he saw the blood, he would pass over that house.

In Haiti, it’s a holiday where many people remember the suffering Jesus endured on the cross to forgive sins. During this time, people dress with white clothes to go to church, but others don’t go and make sacrifices instead to satan. They celebrate this time with rice, white beans, beets and fish, and “rara” (almost like carnival in the whole country).

While many people are dancing and rejoicing, this time instead makes me remember the death of Jesus on the cross. Many television stations show films that show us how Christ suffered for everyone.

To close, Christ asked us to celebrate Easter every time we eat the bread and drink the wine, but many people are far from the word of Christ because they celebrate Easter in their own way.

A victorious day for every Christian

Easter means a lot of things in my life. Thanks to Jesus Christ, I still live. He gives me grace in spite of my sins and I don’t have enough words to finish saying what He represents for me. He always takes care of me and my family no matter what.

I tell God thanks for the sacrifice of Jesus on the cross, it is a story that I will never forget! Easter is a victorious day for every Christian.