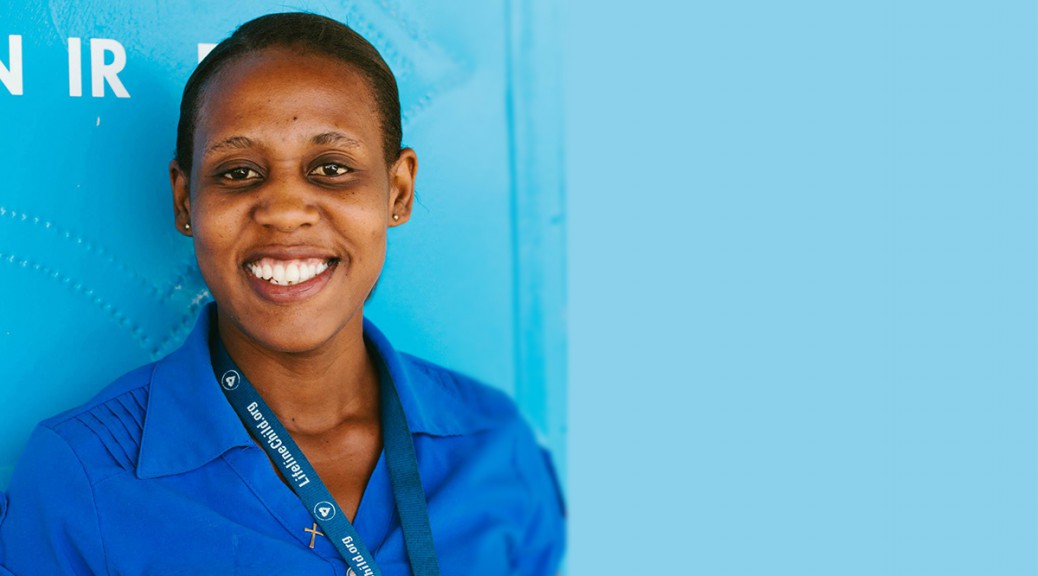 After finishing high school in 2007, Maudeline began a 2-year program to become a secretary. But after the first year, she did not have the money to continue. So Maudeline called her cousin, who had become the director of a small school in Cabaret, a village about a one-hour tap-tap drive away. He said he could give her a job, but it wouldn’t be great work.

When Maudeline arrived at the school for the first time on a scorching hot September day in 2008, she was shocked by the conditions of the students. Maudeline had grown up in a strong Christian family of modest means in Port-au-Prince, but her parents had sacrificed to send her to the best schools. She had never seen students in the condition she found at Grace Emmanuel School.

“Their faces were dirty, there was a bad smell in the classroom,” she recalls. She left after her first day in tears, thinking to herself, Why did I come to work here? A secretary can’t work in these conditions.

On the way home, she stopped to talk to her dad and tell him she wouldn’t be able to work at the school.

Maudeline thought she had surely found the lowest rung. But by the end of the week, the Lord began to change her heart. “I saw all the children and knew I hadn’t been raised like they were. I knew I had a special work to do here.”

So Maudeline resolved to make every student her friend. She would often send money home with them if she knew they had nothing to eat, or buy them socks if they came to school without.

“Eventually I came to regret how I felt on the first day because God knew all along what he was doing. These students needed love and help and that’s why he put me here.” Looking back, she says starting work at GES was the most defining moment of her life.

Maudeline is now in her eighth year at Grace Emmanuel School. She spent six years teaching kindergarten before she was able to finish her secretarial training. In 2014 she became the school’s first secretary.

During her tenure the school has moved from a rented, one-room building where the kids were crowded and hot, to tents at the mission property where the students competed to learn with dust and rain and wind—to now being in well-built and spacious classrooms.

There is little doubt with her talent and intelligence, Maudeline could have by now found a more comfortable and lucrative job closer to her home, but she refuses to turn her back on the call God placed on her life for the students at Grace Emmanuel School in 2008. She also remembers the wisdom of her father, who passed away in 2010.

“My dad would always tell me, ‘Only what you do with your life will have a big influence on people—not your money, not your beauty, not your success.’ When he first told me that, I didn’t understand. But now I understand.”

Maudeline’s dream is for every student who starts at Grace Emmanuel School to graduate and go on to become a doctor or a lawyer or an engineer—for them to be able to make a positive impact with their lives. Though she knows many of the students are a long way from that point, with many problems at home and a lack of positive support from their families, Maudeline is committed to working towards that goal—all because of God and all to the glory of God.