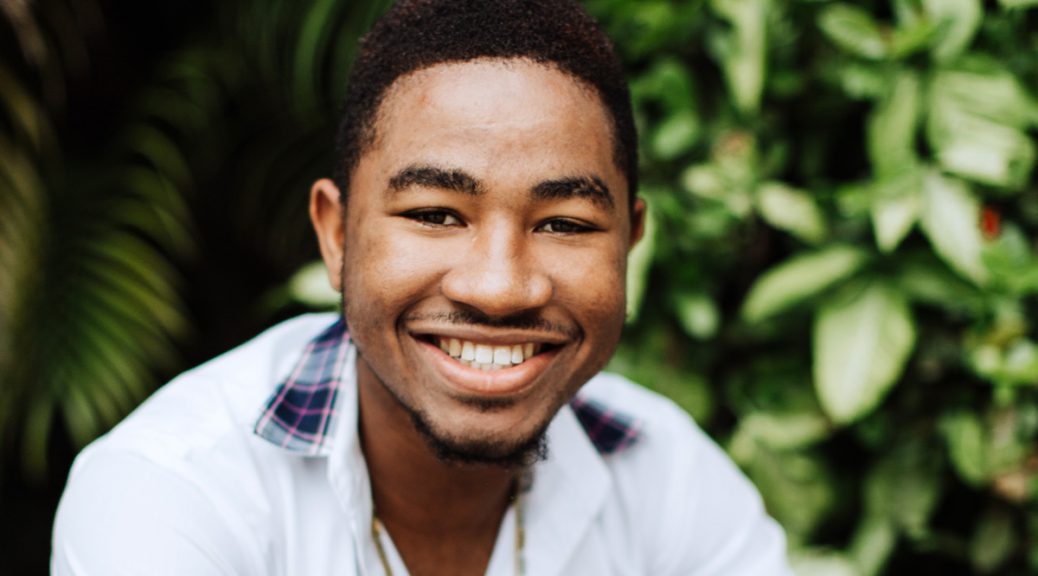 I ask him what it means to be 18. He thinks for awhile before responding, “Being more mature. Taking responsibility, and doing things well.”

Since coming into the care of JiHM after losing his mom in the 2010 earthquake, Bony has emerged from turbulent teenage years as a gentle and confident young man.

On the surface, he is known for his athleticism and sense of humor, quick to make others laugh by imitating a popular Haitian comedian whom he resembles. On the inside he sees himself as inquisitive, a rule-follower, and a peacemaker.

He will never forget what it was like to be 9 years old and abruptly brought into a new life with his little sister.

“I felt small, worried, and lost,” he remembers.

Bony continues reflecting. “Now I am more thoughtful, and focused on my future.”

In ten years, he sees himself visiting other countries, promoting health in his community, and building a school. School is one of the things he values most in life.

Though in some countries it is customary to leave home at age 18, in Haiti that just doesn’t work. Families are crucial support networks in a subsistence economy. If they have the opportunity, young adults will stay with their families at least until they complete university.

For Bony, this sense of belonging at the Lighthouse has been hard-fought, and we are glad it now feels like home to him. We are privileged to continue to provide this place for him as he works toward his goals, the next being graduating from high school in 2021.

Thank you for heeding God’s call to look after the orphan by being part of providing the Lighthouse family for Bony. Please continue to pray that this new 18-year-old would seek God’s kingdom first in his life, and grow strong in the Lord.