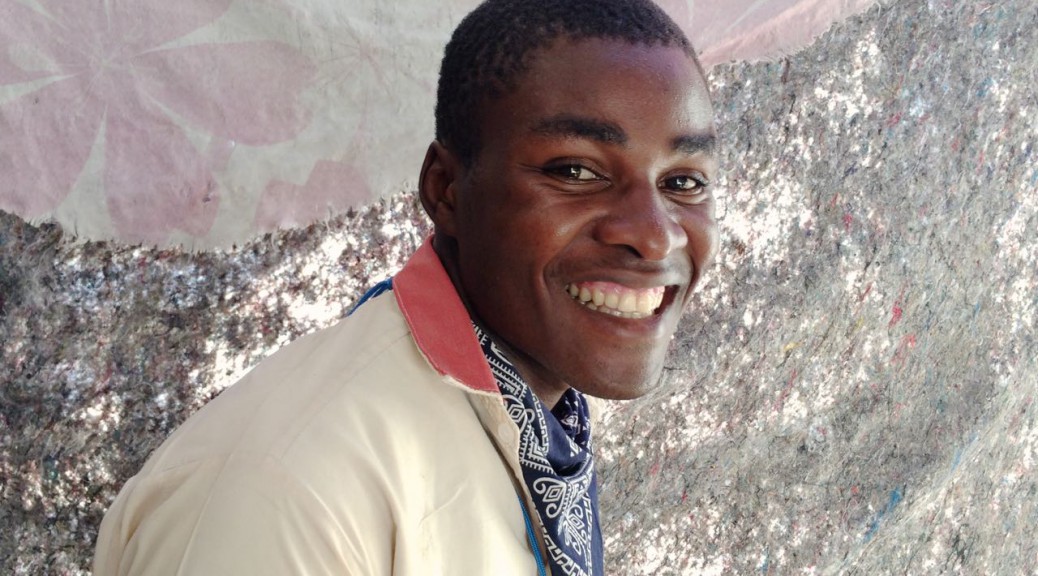 There are many stories of struggle, pain, and grief among the 275 students of Grace Emmanuel School. There is one student’s story in particular that leaves me both brokenhearted and encouraged, all at the same time—a story, I’m convinced, far from over.

This story begins in 2004, when Grace Emmanuel School opens and a 12-year-old boy called Gerson is given his first opportunity to attend kindergarten. Over the years, Gerson struggles with his studies, often unable to attend class, but slowly works his way further along in school.

This year, 22-year-old Gerson is working hard to pass 7th grade. I want to know more of his story and struggles, so when school is out for the day, we take off in a tap-tap so I can visit his home in Cabaret, a village north of GES. We walk for awhile on this hot and dusty day until we finally arrive at his property, pushing through a mangled tin gate that reads “knock before entering” in red letters.

We walk through his sheer curtain of a front door to find his one room home. There is a bed, two pillows, a side table filled with the bare essentials (toothpaste, matches, nearly empty bottle of cologne, soap, comb, brush, a battery powered light, and a small radio), a broken cooler, some bowls and buckets stacked up, and a chair.

Gerson lives alone with the company of his small dog. His dad died when he was 14, and his mom died two years ago. He has two sisters, both living elsewhere. He has no family nearby to turn for help. He “supports” himself on the weekends by cleaning shoes at the market with an old brush. He does not go to church anymore because he lacks the proper attire. One time while he was gone, someone had stolen his clothes because he does not have a proper front door with a lock.

His house is made up of an unfinished wood frame, a tin roof, walls made of tarps, blankets, cardboard and scrap wood, and a dirt floor. There is a gap in the roof, causing problems when the rain comes. As I sit beside him on his uncomfortable bed, I notice one of his pillows is covered with an old shirt instead of a pillow case. He does not eat often. His only reliable meal is the one provided at school; and at times, he is able to provide another meal with the money he makes on the weekends.

I ask if he is a Christian—he says he accepted Jesus into his life a long time ago. His favorite thing about Jesus is how he came to die on the cross for our sins. He shares that many times at night, something comes in and presses him down on the bed, making him unable to move or speak. He says it has happened more times than he can count.

His favorite thing about Jesus is how he came to die on the cross for our sins.

I share with him that his oppressor is the enemy, and that the power of Jesus is much greater than evil spirits or demons of any kind. I read Mark 9:14-28 with him, letting him know Jesus reigns. I encourage him to use the power of Jesus through prayer for help and demand the spirit to leave and never come back in His name. I pray over him and his home for protection from the enemy, and that he would always remember Jesus in times like those.

I ask if he owns a Bible, and he says he has a small one in French, a language he does not speak fluently. He says he can only understand some of it.

“If we got you a Bible in Creole, would you read it?”

I promise to get him a Bible and highlight passages that have to do with spiritual warfare. Holding me to that promise, a few days later, Gerson comes up to me at school and asks for his new Bible.

I give it to him, flipping through the pages to show him the highlighted passages. He flashes me a heartwarming smile accompanied by a thank you.

I ask why, despite all he goes through, he is always smiling at school.

I walk away, humbled and encouraged by Gerson—a beautiful, inspiring example of faith in its rawest form. 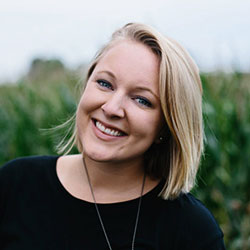