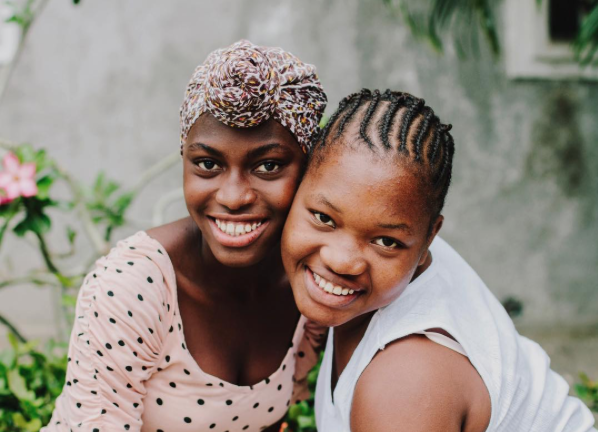 “Lauren, I have beautiful news for you! Kimberly and I are getting baptized on Saturday.” Anne Marie was beaming with pride as I stepped into her bedroom last week, almost a year since she first expressed to me her desire to be baptized.

To be baptized is always a significant step in a Christian’s life following profession of faith in Christ, but it holds even more meaning in the Haitian church.

Because many Haitians believe that in order to participate in baptism you must be perfect in your faith—if you sin after being baptized, you will die—they delay being baptized indefinitely.

So while Haitian Christians who choose baptism know they will not attain perfection, their choice to be baptized shows the gravity of their faith. Baptism marks a complete separation from voodoo or any other belief to sole faith in Christ. It truly is the turning point in surrender to Jesus.

I still remember being struck by Anne Marie’s passion for Jesus. One Sunday morning before she came to live at the Lighthouse, she visited Victory Bible Church with the orphanage from which she came. I stood by her side, in awe of this precious 9-year-old girl, hands lifted high, eyes shut tight, worshipping with all of her heart to the God in whom she fiercely believed. The pieces of her story were broken and messy, but she chose hope in this midst of her darkness.

Today, four and a half years later, I often find her with a Bible in her hands or singing the chorus of her favorite hymn. I once asked her who inspired her faith, to which she responded her grandmother instilled in her a love for the Gospel.

The same evening Anne Marie announced her decision, Kimberly came to me. She pulled me aside and asked me if I regularly pray for her. When I assured her I did, she asked that I specifically pray for her in the week leading up to her baptism, that the Lord would calm her anxious heart. She wrapped her arms around me, and I knew in that moment she was claiming Jesus as her Savior. She was ready.

Both Anne Marie and Kimberly have endured more trials during their short time on earth than I could expect during my lifetime. I often wonder whether or not I would have followed Christ if it had not been for my parents’ lead. And when I look at these two girls, I am confident that God chose them—as His daughters and as His followers. And in return, they chose Him, without my prompting, and without Manmi Odette’s persuading.

I watched them this past Saturday as they were dunked into the Caribbean water in the early hours of the morning. To say I am proud would be an understatement. This is a decision we hope and pray for each of the Lighthouse kids, but a decision we cannot force upon them. I can only pray the excitement which captivated them in the days leading up to their baptism will continue to follow them all of the days of their lives.

Please join us in praying for Anne Marie and Kimberly, as they continue to follow Jesus in a world that tells them not to. Pray that the fire within them would not dwindle, but only grow. Pray that their light would shine in this darkness and they would lead others to Christ through the way they live their lives.