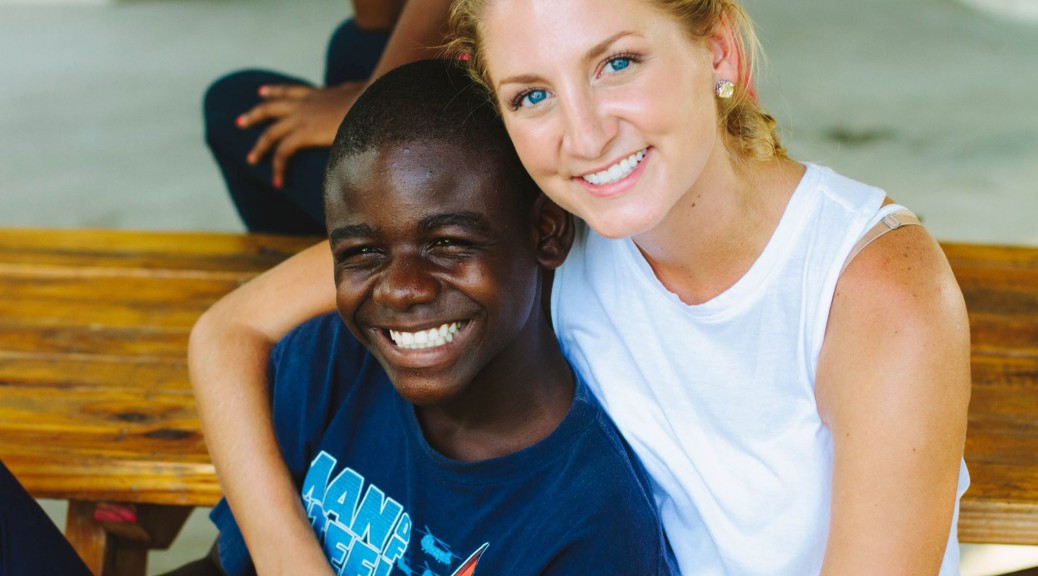 It’s been just over a year since Fedner was welcomed into the Lighthouse. Some days, I still question the decision to bring him in, doubting my adequacy in making such a pivotal choice for his life.

There was no better answer at the time. It just made sense. He was a 12-year old boy who wore the same pair of dirty, light-wash jeans and a ratty royal blue t-shirt every day when he wasn’t in his school uniform. And when the other 270 students would leave Grace Emmanuel to go home each afternoon, he would sit on the bench underneath the tree right inside the gate, waiting for tomorrow to come again.

His parents lived just across the street, but he had been living on his own at the mission property for a year. And as he rested on the cusp of his teenage years, the years that would and will essentially shape the man he will become, it seemed almost necessary to remove him from that environment.

One afternoon, in the midst of deciding where he should go, Fedner and I visited his family, who he had not seen in some time. Together, we climbed the slope of that hill as the sun beat upon our faces. The terrain was less than friendly to our feet, and I still wonder how people make this place their home. We reached the top, and walked toward his parents who were both sitting under the shade of their house in the little dirt area they had for a yard.

But the greeting between this couple and their son surprised me. Faces remained stoic. Hugs were not exchanged. And few words, if any at all, were said. It quickly became evident the emotional relationship between them had dissipated during the time he was away, perhaps even longer than that.

We spent half an hour with them. Fedner sat quietly by my side, slightly uncomfortable, as I did all of the talking. When asked a few questions, he mumbled only a couple of words, and finally, he leaned over into my ear and whispered, “Can we go?” I thanked them for their time, and together again, we made our way back down the hill.

I can recount every night last spring pleading with the Lord to guide this decision because it was not my decision to make. It was His. There was never one moment when it became clear, but rather a handful of moments leading up to his move that offered the answer the Lord was providing. And so, at the beginning of July 2014, Fedner joined the Lighthouse family.

It has been an unbelievable year, filled with so many emotions, both incredibly high and incredibly low.

He isn’t the same boy I first met at the mission two summers ago. He is blossoming into the young man he was born to become. His personality is big, and he always has something to say. He can be wonderfully fun, but also considerably serious at times.

But one of my favorite qualities he possesses is his compassionate and serving heart. Of the many memories I treasure with Fedner, one that will forever be etched in my heart happened just before I went back to the States for Christmas this past year.

On my last evening, I head over to the Lighthouse to say my “see you laters” to the kids for a few weeks. I walk through the door of the gate, and almost immediately Fedner comes running out of the house. He takes my hand in his and tells me to follow him. He leads me upstairs to his bedroom, and I wait for him as he climbs his bunk bed and reaches toward the top shelf above it for something.

He grabs with both hands a cardboard construction and makes his way back down the bunk. As his feet hit the floor, he exclaims, “I made this for you!” He offers this structure to me and I take it in my hands to observe what he’s created.

It’s a house made out of the sides of cardboard boxes, and all over the sides he has glued Bible story pages. And in the middle of the back wall of the house, he glued a picture of himself, with that wonderful, beaming smile.

It was beautiful, the most beautiful gift I’ve received.