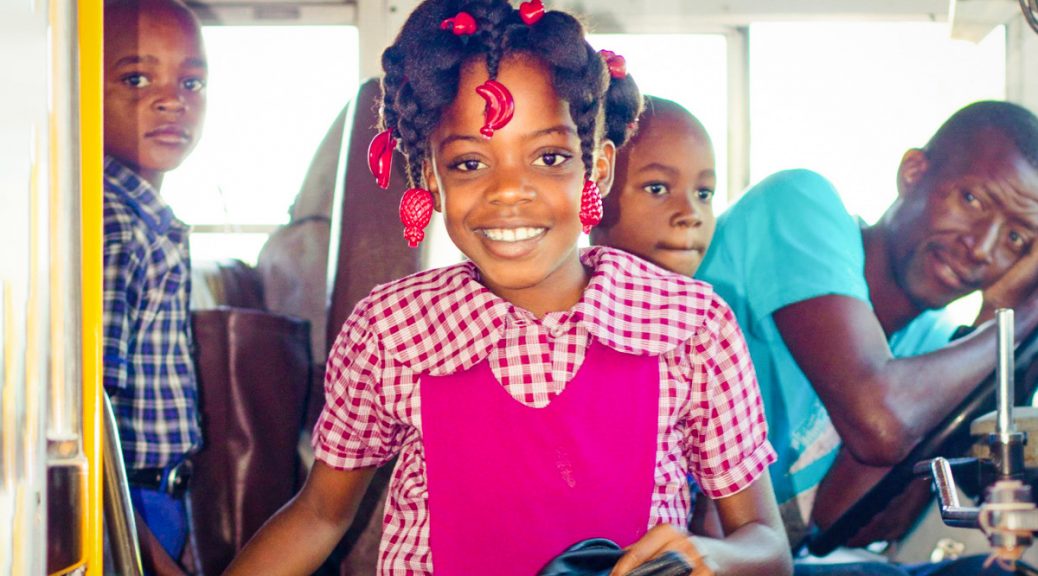 On Monday, January 16, Grace Emmanuel School fully opened its doors for its 19th school year. Of the 388 students enrolled, 195 were at school the first day—just over 50%.

To see the school yard that has sat empty since June filled with hundreds of excited kids was indeed a beautiful sight—even if anxieties remained high.

Why has school been delayed for four months?

The school year was originally supposed to begin on September 5. At the end of August, the government announced it would delay the opening until October 3 to give schools more time to prepare. (Due to gang violence in the capital all summer, many schools around the country had yet to receive the books and workbooks printed in Port au Prince.)

Yet in the middle of September, a gang seized control of the country’s main fuel supply, grinding the country to a halt within days.

The lack of fuel brought the first round of increased hardships for the students who attend GES. Food became very expensive to transport as the little fuel available skyrocketed in price. Without fuel, most parents were out of work. Water treatment facilities eventually ran out of fuel, too, and treated water became nearly impossible to find and afford.

In the middle of the fuel crisis, gang violence moved closer, bringing more hardship. In mid-October, gang members came by boat and took control of Minotrie, a small village with a strategic port where 14 of our students and a few staff members lived.

Then, in November, gang violence moved even closer to the school, with the first attack on Source Matelas. The village fought back, only to suffer a horrible retaliation attack by gangs on November 29, which killed 16 people and directly impacted over half of our students who call that village home. Some students lost family members and many lost homes or businesses.

The last six weeks have been peaceful in Source Matelas and Cabaret, and with the government decision to open schools around the country in January, Grace Emmanuel School’s leadership had to make a tough decision. After getting feedback from teachers and other school staff, they decided to move forward with opening.

The overwhelming feeling on campus this week has been joy to be back at school, mixed with anxiety over the insecurity that still looms just down the road.

“I’m happy for school to open,” said Wadson, 6th grade teacher, “but that doesn’t stop me from feeling a little worried for children to be taking the road here.”

Brunia, kindergarten teacher, echoed his concern. “I still feel apprehensive, but I’m happy the kids can return to school to learn. I pray it will help them recover from all that has just happened.”

“At first, I felt anxious about coming back,” said Wenshelle, 4th grade teacher. “But when I saw the way the children were eager to learn and how they came to school on the first day, I told myself, if the kids want to come to school, I better not be anxious about what could happen. I will move forward with the kids.”

“I can’t hide my anxiety,” said Bethsaïda, 12th grader. “I’m happy to come to school but so many things have changed. I used to meet a lot of students on the road, but when I realized that all the students normally on my way have scattered because of what happened, it made me so sad.

“But I am happy that I can go back to learn,” she added, “because I know that, after God, it’s the only way to save my life.”

Gilkens, who plans to graduate this summer, says he just feels happy to be back after mostly sitting around all fall.

“The best part of returning to school is seeing that my dreams have not been lost,” he said. “I have a chance to continue my studies and fight for my success.”

While we rejoice to see the year begin, we covet your prayers.

“The biggest hope I have for the school year is for these next seven months to go well, so the children can learn without fear,” said Wadson. “Help me pray for Haiti, and for the children to be hidden under God’s protection.”

Will you commit to praying daily for Grace Emmanuel School? Pray for protection for students and staff, for an uninterrupted school year, for peace and stability in Haiti, and for this request from Bethsaïda:

“Pray that God will put peace and joy in our hearts again.”