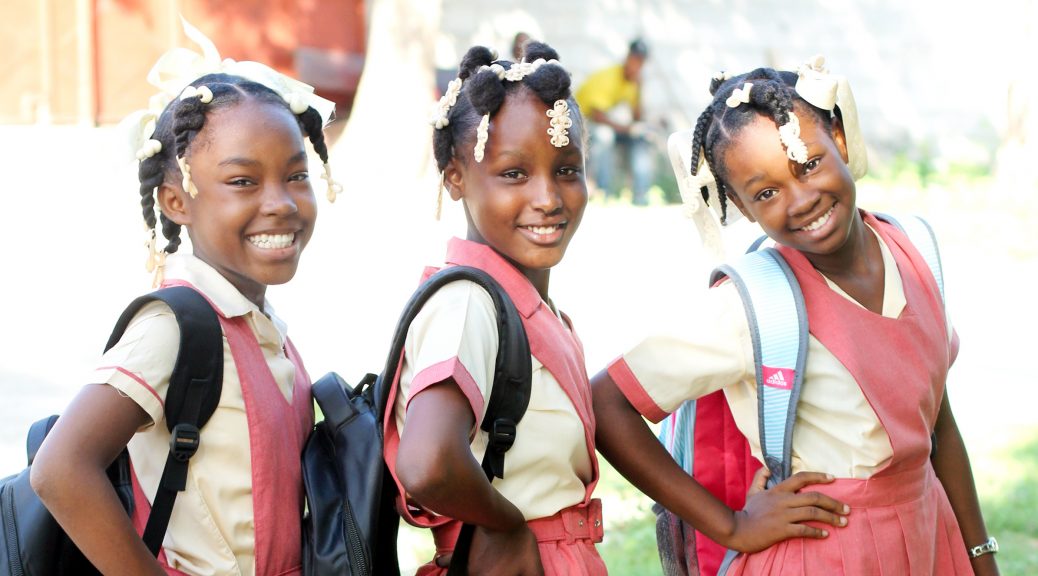 Despite the relentless and forbidding issues that plague Haiti right now, the first day of the 2021-2022 school year at GES was filled with joy—especially for a 10th grader named Samuelita.

Earlier this summer, Samuelita wasn’t certain she would be going back to school this month. The school she had attended through 9th grade had become too expensive and her mom could no longer afford it.

“My mom heard about Grace Emmanuel School through one of the teachers,” she shared. When her mom inquired at the school, there happened to be an opening in Samuelita’s grade level.

“A free education like I’ve found here means a lot to my family,” she said, “because the situation in my country is not good. I see a lot of kids who don’t have homes and don’t yet go to school. I feel special that I get to go to school when lots of kids would like to but can’t.”

Samuelita is excited to make new friends at GES and work toward her goal of becoming an accountant.

“Despite all that is happening in Haiti,” said Wendy, GES Liaison, “by God’s grace we’ve arrived at another year in Grace Emmanuel School. We’ve begun with much happiness in our hearts. The kids have been impatient to return to school.”

Though 9th graders and seniors began a week earlier, all of the grade levels were officially back to school on Monday, September 21.

Excitement for a new year

“While it’s really difficult to see the kidnappings rising again,” said Roger Carole, JiHM’s director of operations, “we know God is good, and God is guiding us. We are excited for the new school year, and we can’t wait to see what God is going to accomplish in us. Every new year there are new things, new plans, new excitement and we just can’t wait.”

One of the major new things at Grace Emmanuel School this year is a beautiful retaining wall built into the mountain behind 9 classrooms. The wall was funded through the capital campaign and construction was completed just in time for school to resume.

The capital campaign has also funded water system improvements, a library and a computer lab, all of which will be completed as quickly as possible.

“There’s a proverb I like to use,” said Roger, “that says when it’s darkest, that’s when the sun is going to rise up. Right now Haiti is really, really in its darkest moments. But maybe that’s the time when this country will rise up for a new future, for a new time. We look forward to it.”