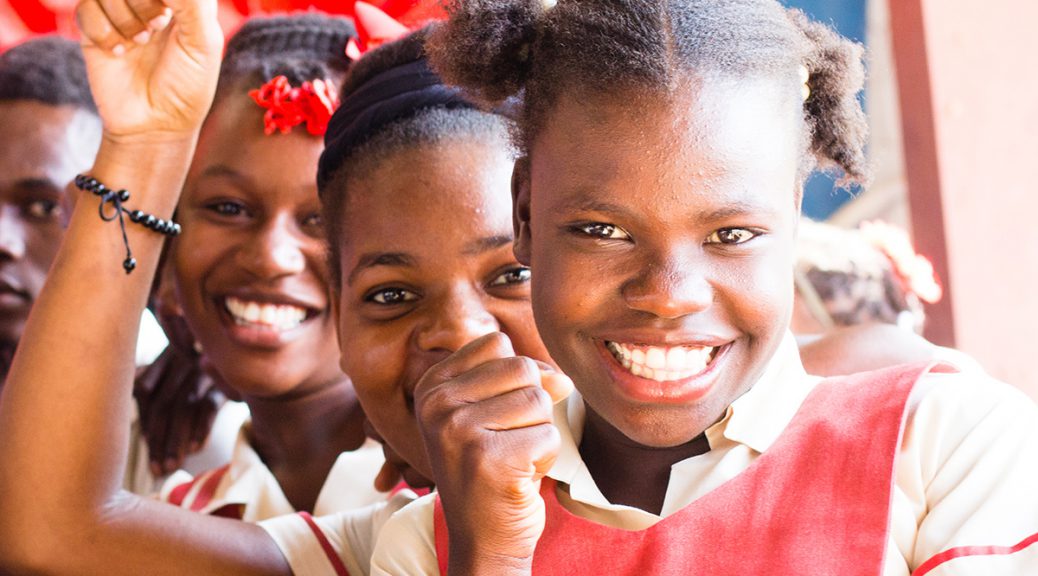 Every year at the end of June, 9th graders in Haiti take a 3-day exam administered by the government. The students are tested in seven areas: Creole & French (the official languages of Haiti), social studies, science, math, and foreign languages (Spanish & English). The exam scores, released in August, determine if a student will begin secondary school or repeat 9th grade and take the exam again the following June.

Shattering all previous results for our school, this year’s 9th grade class posted a 96% passing rate in these exams, with 26 of 27 students passing.

Elated, but not surprised

When the news of the results reached school leadership earlier this month, Maudeline, secretary of Grace Emmanuel School, was elated, but not surprised.

“Since this class has been in primary school, they have always been good students,” she recalls, having had 7 of the students in her kindergarten class before she transitioned to secretary.

“They listen well and have stayed respectful of the teachers and leaders of the school even as they’ve grown. They apply themselves to their studies, regularly attend all their classes, and pay attention.”

Boosted by a friendly competition

Leconte, the school’s director of pedagogy, was also proud of the students’ results. He keeps a close eye on the 9th grade class throughout the year, staying in regular contact with the teachers of each subject area to monitor student progress.

“The government exams are no joke,” he said. “You have to start preparing for them right away in September.”

Toward the middle of the year, Leconte noticed a lack of motivation beginning to affect the students due to all of the crises Haiti was experiencing.

“When this began taking a toll on academic progress, we hosted a genius competition at our school to reignite a desire and motivation to work and prepare.”

Ninth graders from the surrounding villages came to Grace Emmanuel School to compete in quiz bowls against teams from other schools every Monday afternoon.

While GES students didn’t win the competition, Leconte believes the competition made them determined to prove themselves through their government exam scores instead.

The highest scores & the best goal

When the results were tabulated, two young women had earned the highest marks on the 9th grade exams in school history: Néïka Exantus and Jésula Petit-Homme.

Néïka, 18, who posted the highest score, shared that she was very happy with the results, as being at the top had been her goal all year. When people doubted her and her class, she wanted to show them that they were wrong. “I worked very hard to make it happen by making education a priority over anything else I could do in my life,” she said. Néïka transferred to Grace Emmanuel School in 4th grade at age 12. (She is the younger sister of Sonson, one of JiHM’s Lighthouse Legacy students.)

Jésula Petit-Homme, 16, who posted the second highest score in school history, has been leading this class academically since beginning at Grace Emmanuel School in first kindergarten at age 4.

Despite her many academic successes, when asked what skill God had given her to help others, she wrote to her sponsor, “God gave me a skill that is very magnificent. He has given me the capacity to preach the gospel to people and show them that God loves them.”