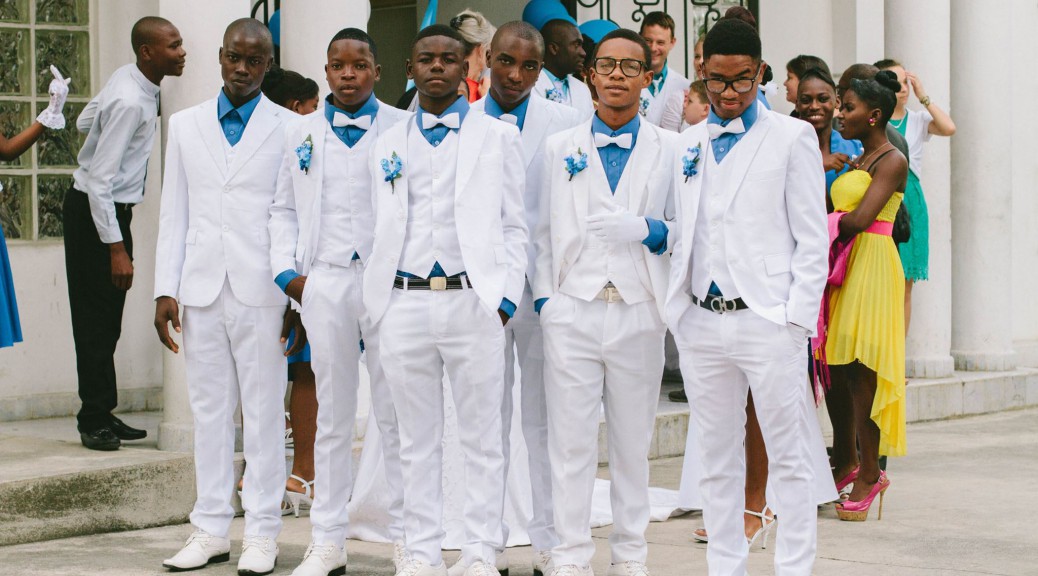 On Saturday, July 2, six of the Lighthouse kids participated in their first wedding ceremony, the wedding of one of the national Back2Back staff at Lighthouse, Jean Wadson Delvar.

The three girls (Kimberly, Anne Marie and Lovely) as well as three of the older boys (Bony, Robenson and Fedner) were adorned in royal blue and white dresses and tuxedos and participated in a traditional dance as they waltzed down the aisle together. Their participation in the wedding was much like that of the bridesmaids and groomsmen in an American ceremony—with a little more grandeur as is desired in the Haitian culture.

Kimberly, the evening before, had asked that I say a special prayer for her because she was nervous to “perform” in front of so many people. But the kids were beaming afterward, proud of how beautiful and handsome they looked, requesting one photo after another. It brought me joy to witness their confidence.

And it was in this moment that I realized these kids are not really kids anymore. In the past two and a half years I have lived in Haiti, they have grown up so quickly right before my eyes. They are no longer interested in things they once were as they are maturing and developing new interests. They are concerned more about their appearance, the kind of clothes they wear and whether or not they embody an essence of “swag”—most likely to impress someone of the opposite gender, all things quite normal for a teenager anywhere.

But as beautiful and as handsome as they truly were, what I appreciated more than anything else was the fact they were able to partake in a wedding ceremony, to witness a commitment of love, something so rare in Haitian culture. I have plenty of Haitian friends who are in relationships, some which have spanned for years, but they are not willing to take the leap of faith and commit.

As Americans, don’t we dream of marriage since childhood? Isn’t it expected for our life plan? This is not the case in Haiti. Children often grow up without seeing a healthy relationship or marriage modeled, and so, when they are of age, they are unsure of how to navigate a relationship of their own. But I pray that on this day, they had a taste of something more. I pray that through Wadson’s example, they will see that there is beauty in commitment, there is beauty in relationship, despite everything their culture leads them to believe.

This morning, as I was looking through my notifications on Facebook, I noticed Kimberly had commented on one of the photos I posted of her from the wedding. After thanking those who had complimented her beauty, she wrote, “I believe one day God will grant me this kind of success as well.” And I believe this for her too.