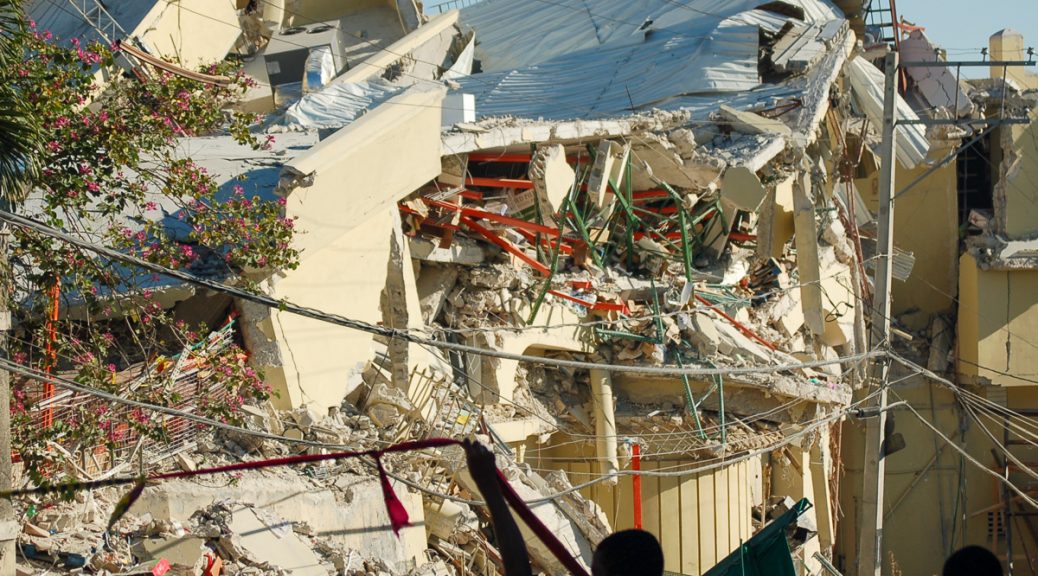 It’s hard to believe it’s been ten years since the earthquake because I can still remember January 12, 2010 so vividly, like it was yesterday.

I had taken the early flight to Haiti and arrived at about 11:45 am. At that point, I had been traveling to Haiti for just over two years, but had made multiple trips since the first in November 2007. I was surprised to see my luggage was the first bag to arrive on the conveyor belt. Once I gathered up my things, I walked outside, but unlike my previous visits, no one was there to pick me up. Unusual, I thought, as that had never happened before.

Something felt different this day. I can’t quite put my finger on it, but it was quiet—eerily quiet. I had grown accustomed to the hustle and bustle of Haitian life at the airport. Crowds of people shuffling about, coming and going. This day, though, something seemed off.

I waited until my ride arrived and I hopped in the truck. We had a couple of errands to run on the way home and by the time we made it home, I was a bit tired from the day of travel so I decided to try to get a nap in before dinner. I was in a second floor bedroom and I recall seeing that someone had taken the globe off of the ceiling fan to change the light bulb but hadn’t bothered to put it back in its place. It was sitting on a desk, and for a brief moment, I considered moving it to the floor, but then figured there was no reason to because why would it fall?

I lay down on the bed and closed my eyes and drifted off to sleep.

Suddenly, there was a loud crash. It was the globe. Why would it have fallen? I opened my eyes not only to see the shattered glass, but also to find the walls swaying back and forth. The whole room was moving. I jumped up and tried to keep my balance and stay out of the way of any furniture that may come crashing down too. I thought for a moment I might fly into the courtyard. But just as quickly as the room began to sway, it stopped, and everything was calm. The stacked boxes of rice that lined the top of the stairs had tumbled down, and I had to climb over them to get downstairs.

I went outside to see if everyone was okay and they were, but visibly shaken. We were blessed to have been in a building that was built well. There was not a sound to be heard—no phones ringing, no music playing, no planes flying (as we were under the flight pattern of the airport), no people talking. Cell signal had been lost.  But then the noise came. Blood-curdling screams. Some of the young men followed the shouting to see if there was anything that could be done to help. It was getting dark, so we took a quick walk around the neighborhood to survey the damage.  Security walls lining properties had crumbled and many homes were damaged or destroyed entirely.

We all took our bedding outside to sleep that evening because we didn’t feel safe in the house.  In the early hours of the morning, a few of us returned inside, fired up the generator, and found a little respite from the mosquitos with our fans before daylight.

As soon as the sun appeared, we headed to Source Matelas to check on the people there, where our church members and the majority of our school children lived.  On our way, we saw one tumbled house after another. Just like in our neighborhood, most of the security walls didn’t survive the quake.  The streets were empty. It was such an odd sight, and one I’m sure I will not likely see again.  Haiti’s streets are always busy with activity, people setting up their vending booths for the day, selling things to businessmen and women, lots of people always going somewhere, and children, typically on their way to school. But this day, there were no tap taps, no motos at the top of the street waiting to taxi passengers, and very few vehicles passing by. We saw tree branches with little green leaves, either lining a crashed car or covering a person’s body, indicating an accident had occurred.

When we finally arrived in Source Matelas, we checked on staff and church members to determine what kind of relief we could offer.  Everyone was outside, where they had slept. Terror and shocked marked their expressions.  We had experienced several aftershock tremors, and people were terrified.

We spent the rest of the day gathering food and supplies anywhere we could find them, mostly little privately owned shops on the side of the road, and we began to distribute food and supplies to those in need. It was the first of many days that looked just like this. We were met by a handful of wonderful organizations that offered their assistance by bringing us cash (as banks and Western Union weren’t in operation) and supplies.

The first Sunday after the quake, we had a church service under our circus tent that was serving as our building at that time. JiHM had purchased property but had never had the funds to start building a church.  We had no idea what a blessing that tent was until that first service. We had about 1,000 people worship with us that day because people wanted to go to church and thank God for the blessing of lives spared, to see and check on their neighbors, but they didn’t want to enter a building. That is an experience forever etched in my mind.

For the next three weeks, we helped in any way we could. But the needs were far greater than anything we could do to meet them.

I couldn’t get on a plane out because the flight pattern was full every day. My husband began to reach out to anyone he knew who might be able to help us, but his efforts were futile. Finally, a seat became available on a small 6 seater plane with a Minnesota family who had come to help with relief.

In many ways, those three weeks were an absolute blur. And yet, it felt like a lifetime. I had never witnessed such devastation before in my life. When we arrived in the States, I told both the pilot and co-pilot just how thankful I was because I was not sure when I would have been able to leave. The pilot thanked me in return as he explained to me that the obstacles for making the flight were great, and honestly, the decision to go just didn’t make sense. But he had felt in his spirit that he needed to go. I was so grateful he did.

I’m not sure why my life was spared that day, but I give all the glory and gratitude to God. I could see His hand on me the entire time I was in Haiti.

Today, it’s been a whole decade. The numbers of deaths is still unknown but the estimated count is somewhere near 300,000. So many lives were lost, but an entire nation was changed that day. Many people ask about Haiti’s progress and though that’s a difficult question to answer, there is no doubt the Haitians have become stronger in the process of their own recovery.

As the country continues to face instability, I believe the Haitians’ resilience and tenacity will see them through, as it has time and time again. 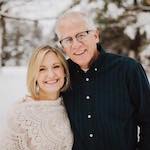 Linda Neal has served on JiHM’s Board of Directors for over a decade. At the request of her daughter, Lauren, she went on her first trip to Haiti in November 2007, then began investing her life into growing the ministry. Linda lives in Cincinnati, Ohio.